0 shares
So after a long weekend of garage sales and family time, I convinced my poor sick mom to get off the couch and share a day with me at the Colorado Renaissance Festival!  We had a pretty good day too!
I had been planning for this day for weeks.  I remember being a kid and my parents taking us to the Renaissance Festival and getting flowers in our hair and watching the jousting.  It was seriously so so so fun. When the opportunity to take my kids to the festival arose, I jumped on it and was hoping that Eyan particularly would see the magic that is Larkspurshire! 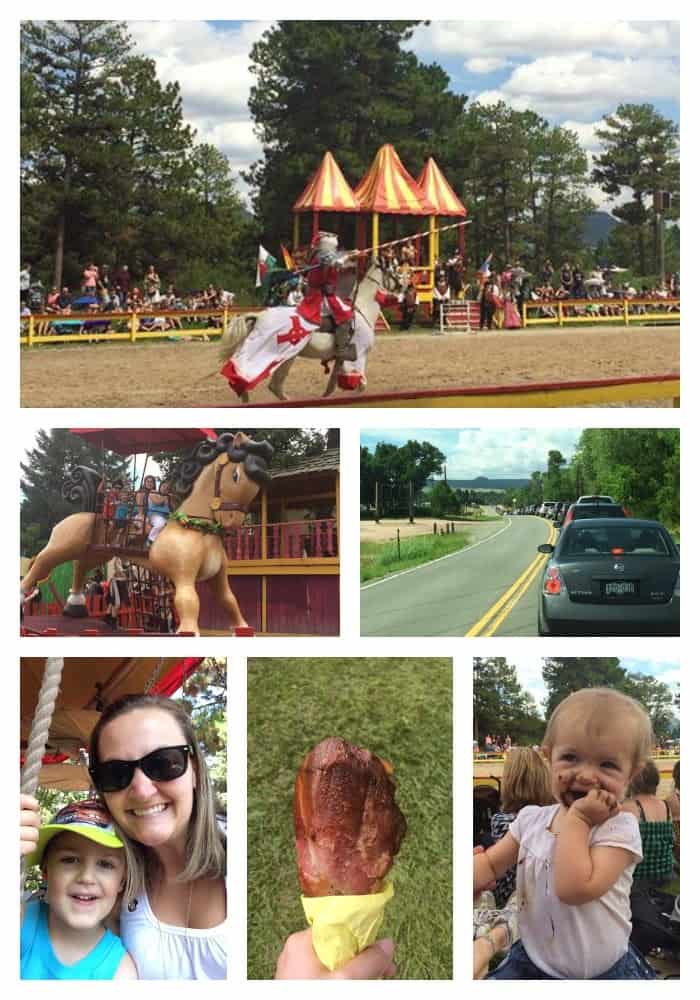 So I figure I would hit on a few key points as I have a bunch of friends that are going this summer with little ones.
1. The drive to Larkspurshire was not terrible until about 1/2 mile to the exit, and then traffic was super slow.  A drive that should have only taken about an hour took almost 2, with 1 hour being stuck in traffic waiting to park.  We even left an hour early to get there!  Oh and where they have you park can be confusing to get into if the parking guy is not paying attention to your lane of traffic.  We had to turn around, on a curvy mountain road in my gigantic Denali.  The parking portion once inside the venue was organized and easy and they have shuttles to take you to the front gate (packed full though…so we chose to walk)
2. Tickets are just about $20.00/person and if you can pre-purchase, I would because that line didn’t look to exciting, but we were able to walk right up to the gates with our tickets!
3.  Food was fun and pretty darn good too, but be prepared to pay, some food is priced reasonably and some is not.  We had some bagel sandwich things that were DELICIOUS and priced well along with the token turkey leg (slightly overpriced).  They also have free food samples like roasted cinnamon almonds and pickles to try out!
4. They do have rides for the kids all over Larkspurshire.  All of the rides are manually moved by people! Eyan went on a bunch of these and I was amazed at how easy the ride operators made it look.  The rocking horse ladies moved that horse flawlessly!  The rides cost anywhere between $2.00 and I think I saw $6.00 each. You can also ride an elephant, llama and camel, but I am SO against this and Eyan was not happy with me.
5. Entertainment.  I will say that I was thoroughly entertained all day.  Literally from the moment you walk in everyone is in character and the whimsical music just gets you in a good mood.  As we were walking a violinist bent down and serenaded Emberlynn and then gave her some of the “Kings Gold.”  Everyone was very nice and helpful and it was just fantastic.  The shows that we did watch were extremely entertaining (I particularly loved the hypnotist)!  Everyone goes to see the jousting and it was pretty good, a bit short and some of the acting was silly, but overall it delivered and Eyan just thought it was awesome to run at a guy with a stick on a horse.  Bring a blanket to sit on though because the ground was a bit wet.
6. Shopping.  I really enjoyed browsing all that Larkspurshire had to offer.  It was interesting to see that there were so many new permanent buildings and that the tents that used to be there were pretty much non-existent.  Eyan really wanted a toy, so we found a little toy shop called Nostalgia and Whimsy and both kids got to pick out a toy.  Emberlynn of course found a little dolly and Eyan surprisingly found a pirate doll he wanted. (I am not one to choose toys based on gender, if my kid wants a pink bike or a doll, go for it).  I loved this little shop and the shop owner was awesome.  She sews all the dolls and then hand paints the faces on right in front of you.  The dolls are all made to last and are easily washable.  Emmi has been sleeping and carrying hers around everywhere!  I recommend that you stop by this shop if you visit!  Most of the other shops were great as well, but not as exciting for my kids as there were a lot of clothing and jewelry and armory type stores. 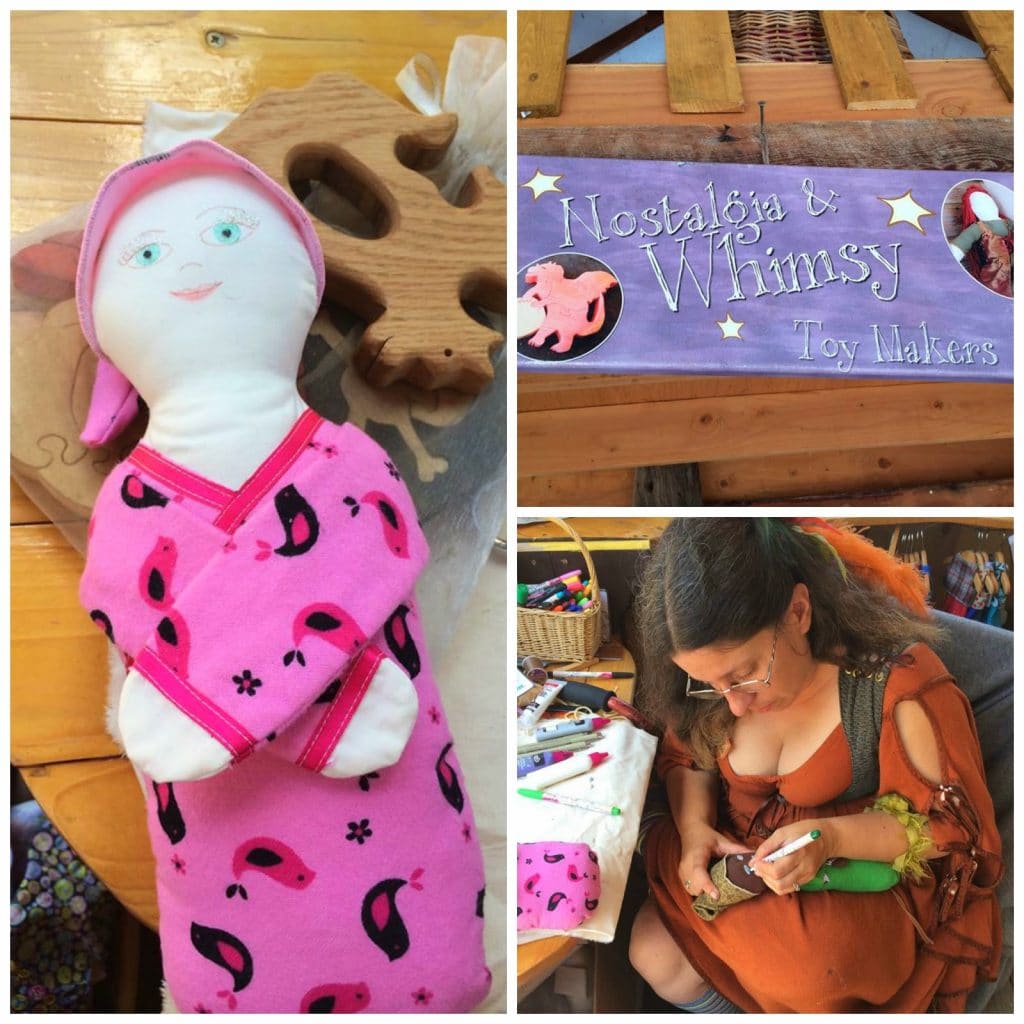 Couple final thoughts to end this.

Overall, we had a nice Sunday in the mountains enjoying all the Colorado Renaissance Festival had to offer.

This post is sponsored.  I was given free tickets for admission in exchange for an honest review.  As always all ideas, thoughts, opinions and pictures are my own and were not swayed by an outside source.

What a fun day! I love Renaissance festivals The picture of your ice cream covered cutie is precious!.

Thanks for the heads up about the drive... as well as that picture of the turkey leg that now has me hungry for one at almost 11pm. I really hope to be able to take my kids this year. I think they would love it!

Oh I would've loved to go to that! I've always wanted to go to a renaissance fair! Looks so fun (although it sounds expensive)!

What a fun day!!! We love going to the Renaissance Fair when it is here in Vegas!