After a the craziness we have had these last couple weeks, February has brought nothing but great news our way.  We are super thankful and on today’s Tuesday Talk, we got a boot! 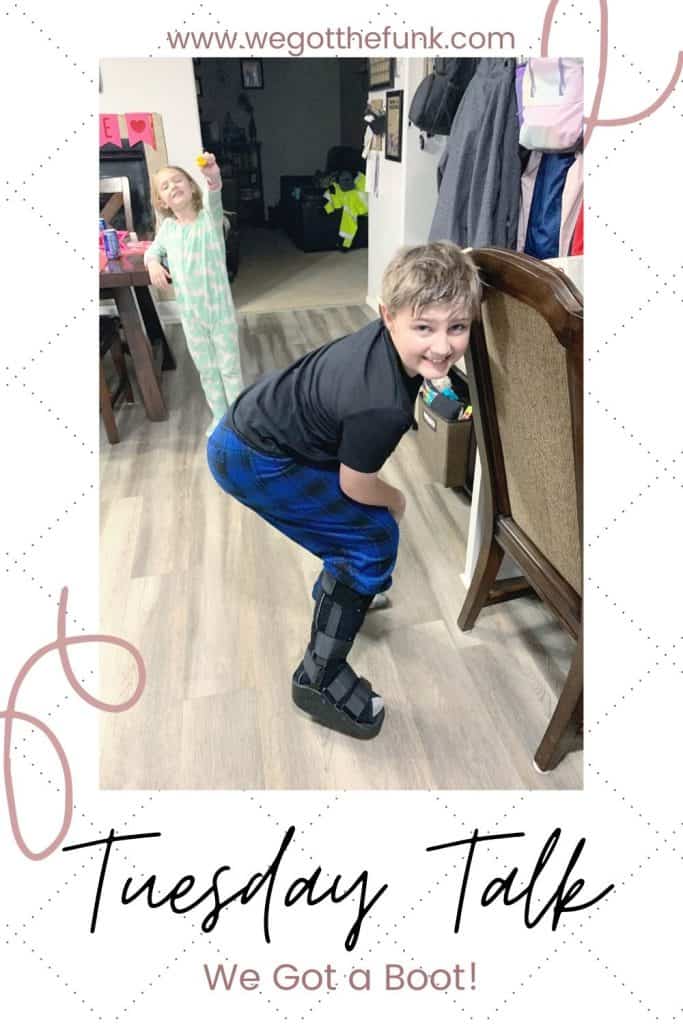 Tuesday Talk: We Got a Boot

It’s like We Got the Funk, but right now, better!  January was hard.  It was just a lot and between my anxiety and depression, some other personal family issues, our car accident and then this kid breaking his foot, we were just over it.  However, February has been wonderful to us and so I am officially saying that 2020 started February 1st. 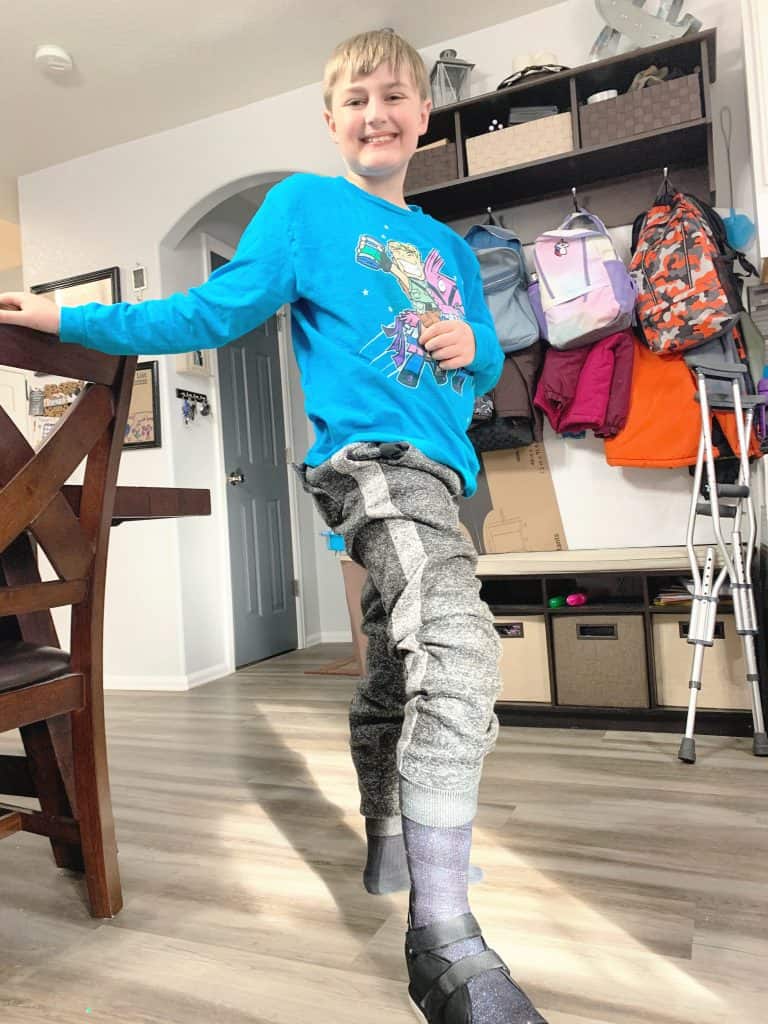 After 2 long weeks, so much snow and trying to protect this glittery space cast from the elements and this boy from wrecking himself, we headed back to the orthopedic surgeon for a recheck on this foot.  The entire family joined in on this, as none of us has actually had a cast and we were all excited to see it come right off.  With a lot of giggles and our awesome cast man (Dave), the cast came right off and that foot was able to breath…ewwww. 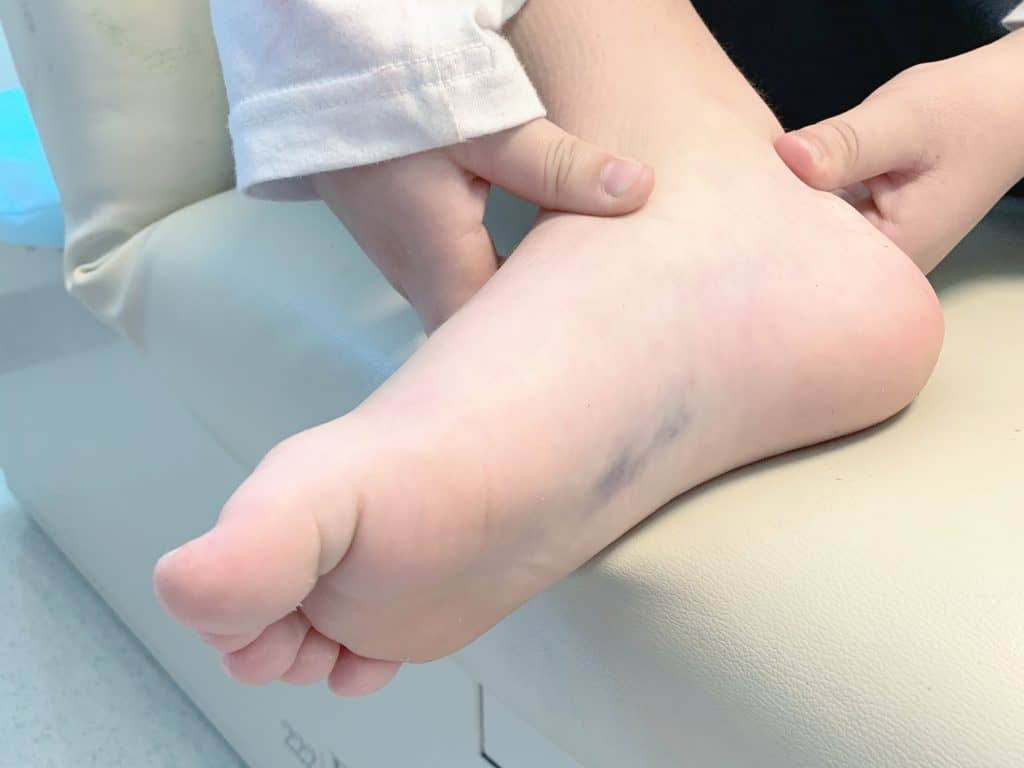 Dave, cleaned up that stinky foot and then the radiologist came to have our guy take some more photos.  We were pretty nervous and just hoping that the foot was showing some good healing so we could avoid surgery and another cast and get right into that boot!  This poor kiddos foot was still all bruised and a bit swollen from his accident 2 weeks earlier, but he said it really didn’t hurt and that is all that mattered. 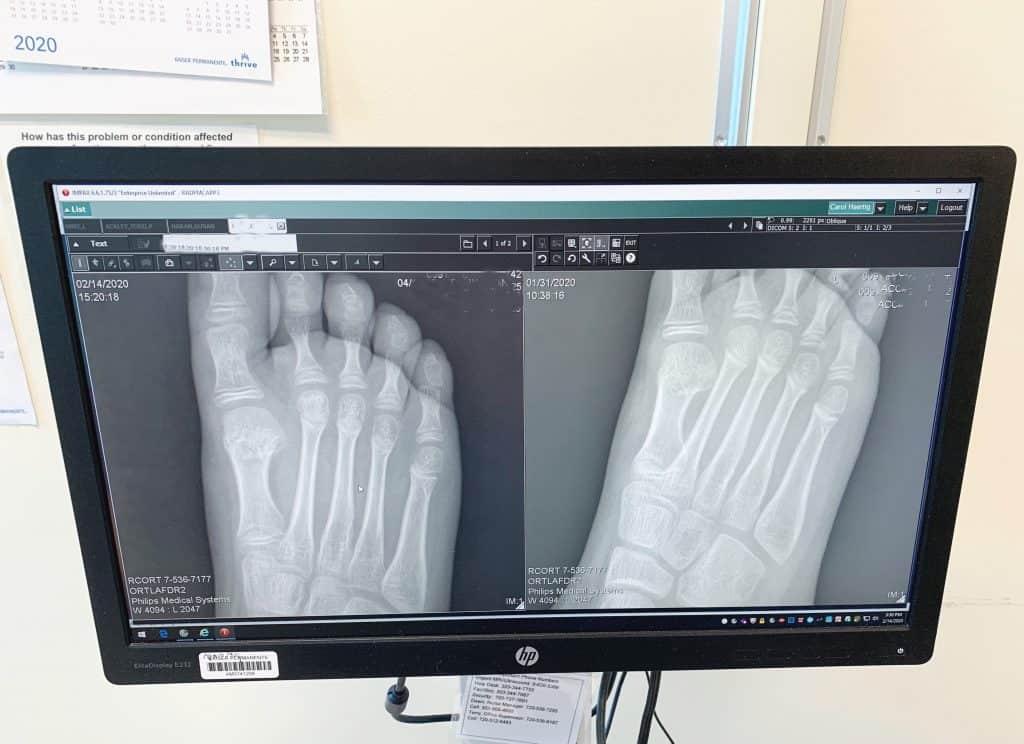 The x-rays came back and we were elated to see that there was some very clear and strong new bone growth and that the buckle fracture was healing exactly as it was suppose to.  I know it is difficult to see in these photos, but if you look at the long bone of his big toe near the round top, you can see the change in shape!  This was all they needed to see…so, WE GOT A BOOT! 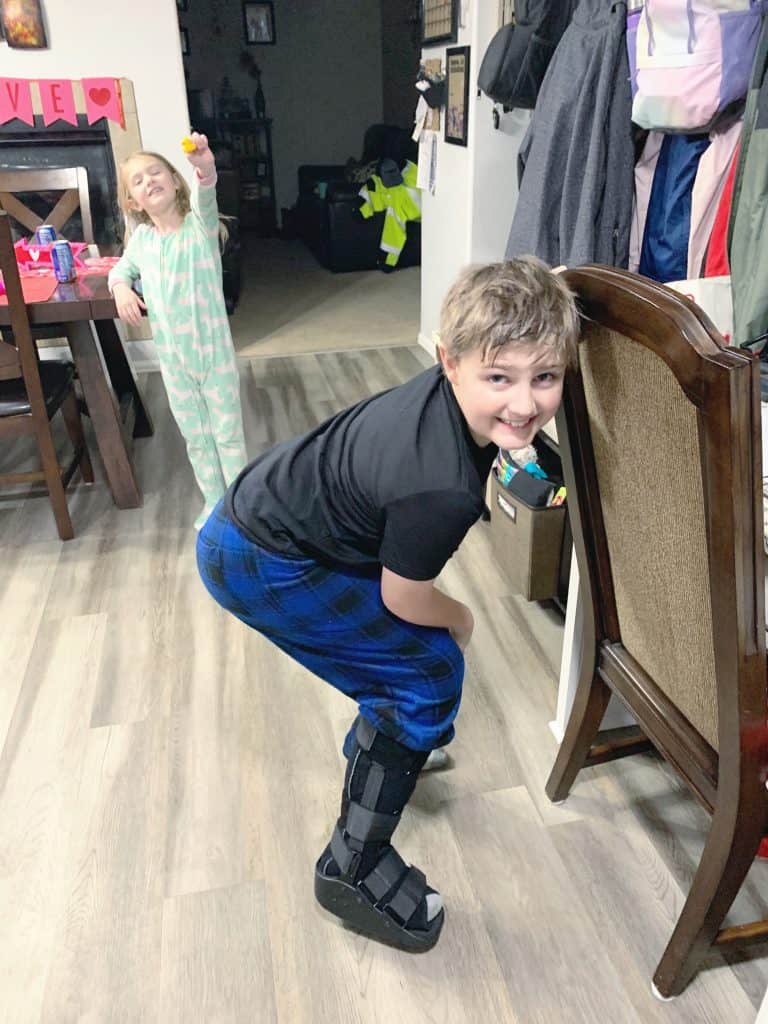 Dave the Cast Man, fitted our little guy with a boot for the next three weeks.  We will head back again for another re-check, some more x-rays and hopefully be free of this broken foot for good!  Our son is elated to be able to take the boot off in the evening and to shower and we are just happy to know that he is healing well, he is happy and all is good on the home front!

Hope all is going well for you!