So last year Jason and I found this amazing deal on Craigslist for this huge camping trailer with “minor” things to fix.  These were the pictures on Craigslist. 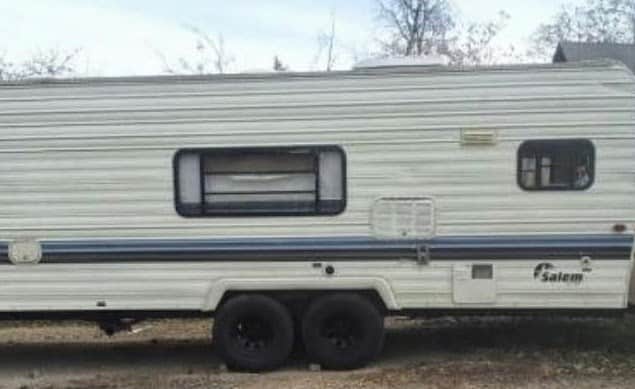 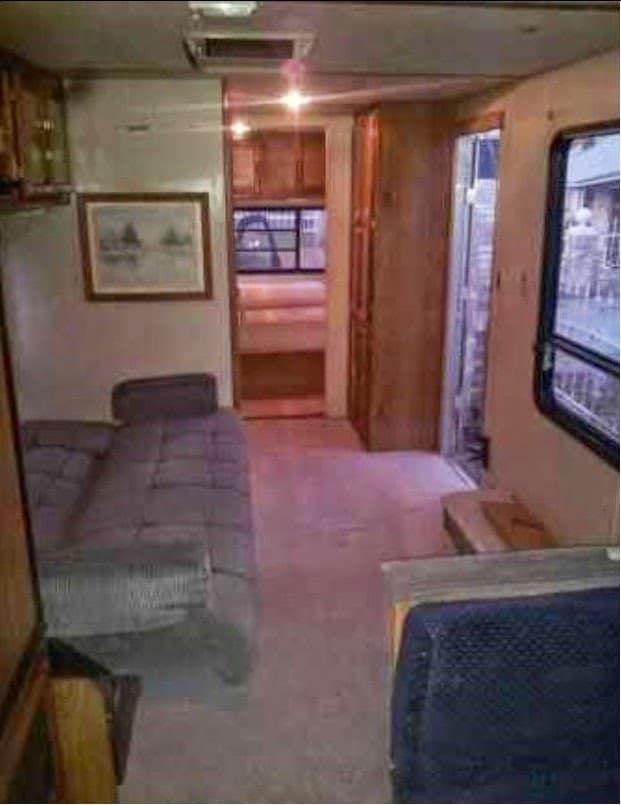 So I figured we would re-upholster the furniture, replace the carpet and in general update the look. The bones and layout were great and the size was also wonderful.  But looks were deceiving and even when we went to purchase the camper it was slightly more disheveled then we both expected.  But the deal was good…really really good and the fixes all seemed very minor.  So we purchased and figured we would spend a couple weekends fixing it up and that was it.  Last summer we spent about $300.00 on fabric, and decorative pieces…then we decided to pull up the carpet.

We found that there was some sort of a fire.  Upon closer inspection we also found that the entire camper was tilted and that the rims and tires on the camper were what caused the fire…which shorted out much of the electrical and warped the entire floor.  We also found out the fridge was not working properly and that the toilet was broken.  Quickly this was becoming very expensive so we decided to just part it out.

Fast forward to last month and our cancellation of my birthday trip to Mexico.  We needed to focus our energy on something exciting since it seemed as though our fun was gone.  So we took another look at the real issues and decided to really see if this was fixable on a budget.

Upon further inspection (so far), we have fixed the camper tilt (seemingly easy), found a killer deal on a new fridge, will be putting in another sub floor to fix the warped floor.  Jason checked the electrical and everything actually seems good (will be double checking again) and we just need to buy rims for the camper (found great tires!).  Once the floor is in, we will be painting and adding the window dressings.  We are going to scour RV junk yards for a toilet and some other tiny fixtures.  I will keep you posted…this could get crazy.

Best of luck, looks like you may get a great deal after all!

Thanks Tracy! We are sure hoping. Our plan is to work on it each week and pray that it really looks fantastic!