The live action Lion King hits theaters this week and this is our overall review of the story, the animation and the casting. Oh and check out this sweet giveaway too!

Disclosure: We were invited to screen the Lion King.  All opinions are my own. 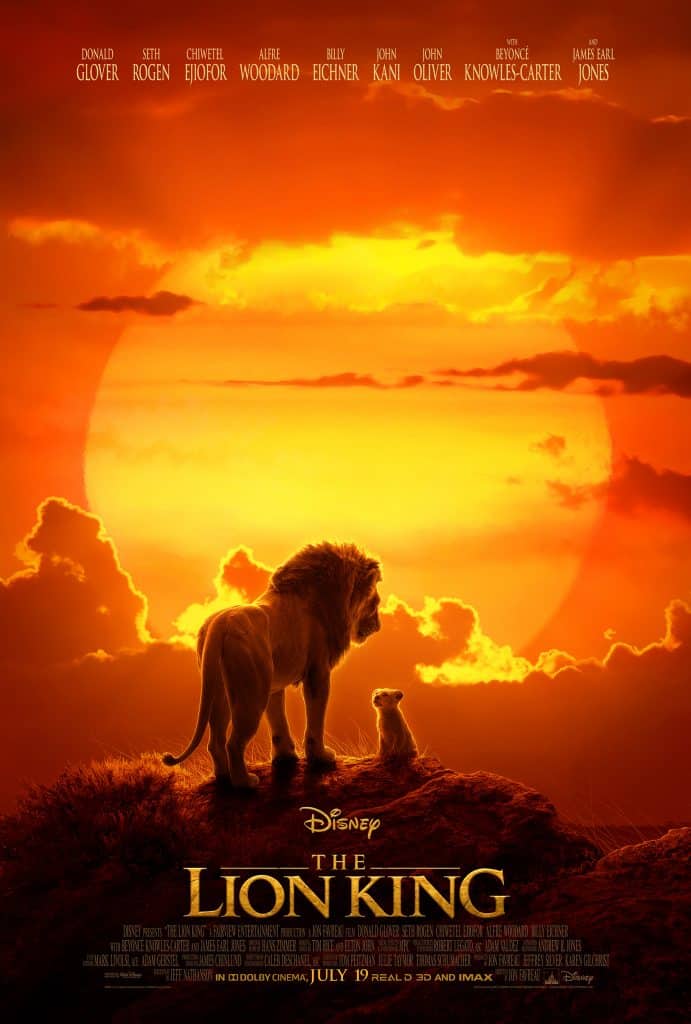 I am sitting here writing as my daughter has the original VHS tape of The Lion King running in the background.  When we walked into the theater last week to screen this live action Lion King, I was a bit skeptical but really excited.  I remember looking over to my friend and telling her “I am going to cry”…and I did.

We all grew up with the classic story of Simba, the lion cub, born into royalty, learning life lessons through his father, only for jealousy and greed to change this young cubs life.  As Simba struggles to cope he meets new friends and eventually is pulled back into a fight for those pridelands and his destiny. 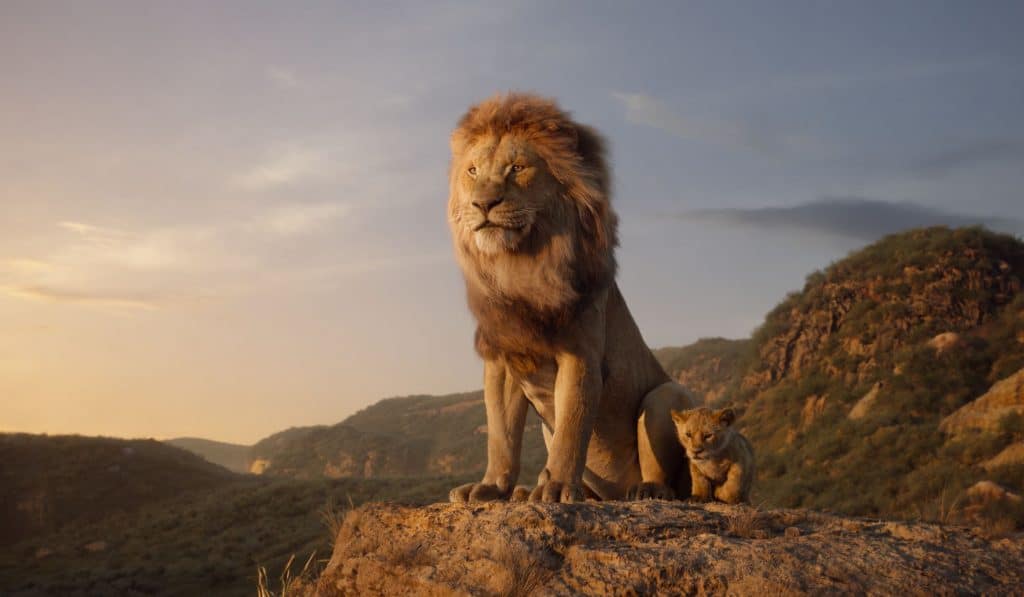 THE LION KING – Featuring the voices of James Earl Jones as Mufasa, and JD McCrary as Young Simba, Disney’s “The Lion King” is directed by Jon Favreau. In theaters July 29, 2019…© 2019 Disney Enterprises, Inc. All Rights Reserved.

If you are coming here to find out how close the remake is to the original, I am going to tell you that I could nearly quote both of them, with a few small exceptions that were actually great changes to the original.  I knew from the opening scene of Simba’s birth that the remake was going to follow the original and that it was not going to disappoint at all.  The story is the same and honestly, this classic Disney fan really appreciates that.

Jon Favreau was given a huge task to direct this all CGI created film.  You guys, he did amazing.  The film is incredible.  At one point I had to talk myself out of the idea that these were real animals, because they look so real. I could see the veins on Mufasa’s legs, each individual hair and whisker on the lions and that African Savannah was breathtaking. 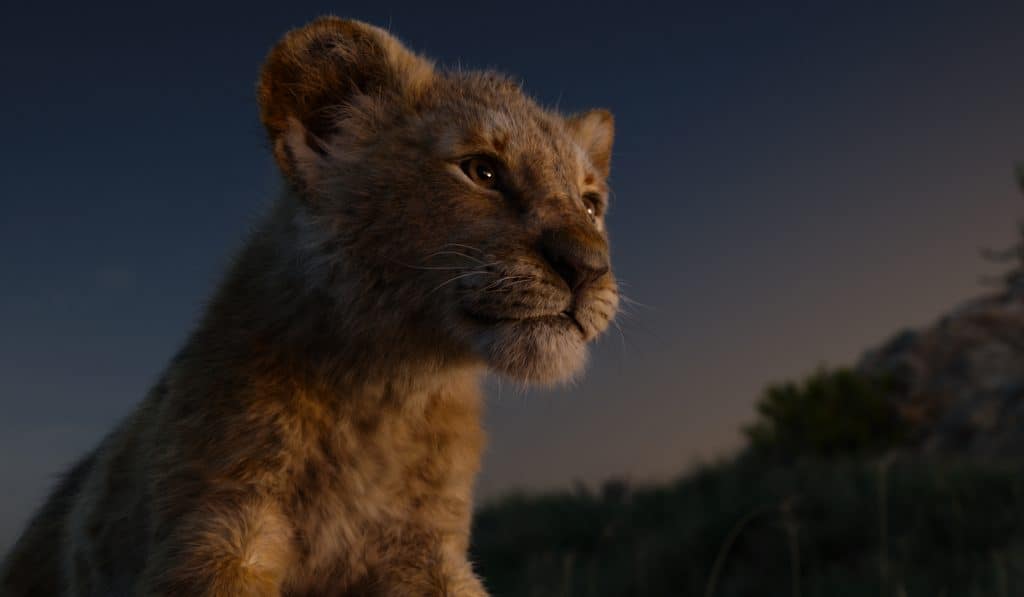 THE LION KING – Featuring the voice of JD McCrary as Young Simba, Disney’s “The Lion King” is directed by Jon Favreau. In theaters July 19, 2019. © 2019 Disney Enterprises, Inc. All Rights Reserved.

I was so glad that they storyline stayed so close to the original, but let me tell you, I am overjoyed that the animation was taken to the next level.  I actually found myself making mental notes of scenes that I want to show to my students when we are learning about ecosystems because it was so dang real.

The live action Lion King had big shoes to fill when casting some of the most iconic characters.  Those of us that grew up with this movie have the lines, songs and scenes memorized. It was hard to imagine those characters voiced by anyone else, but wow, Disney nailed the casting.  The acting was fantastic and I felt like everything matched up well and the line deliveries were perfect. 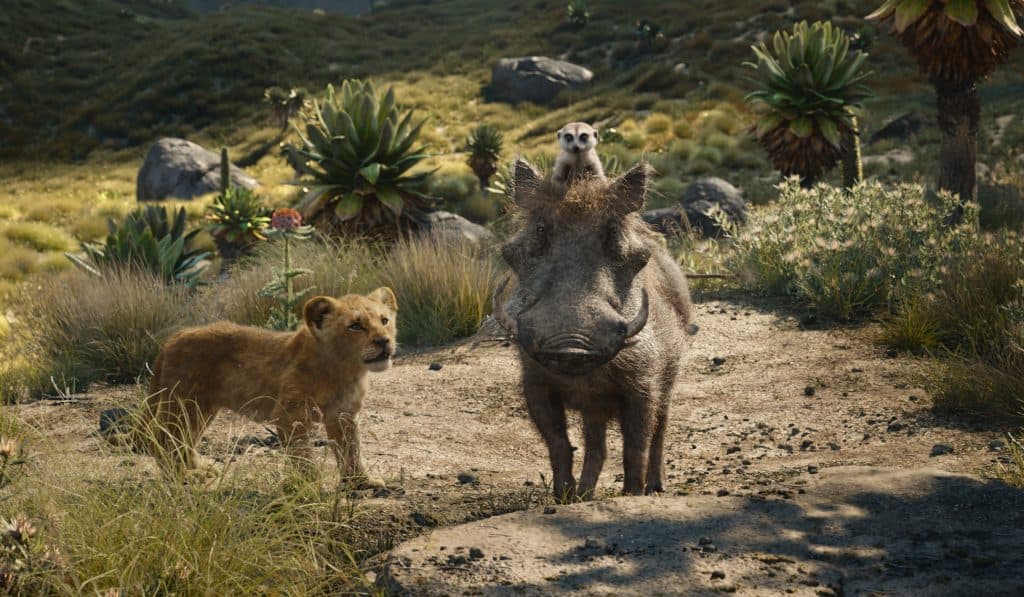 THE LION KING – Featuring the voices of JD McCrary as Young Simba, Billy Eichner as Timon and Seth Rogen as Pumbaa, Disney’s “The Lion King” is directed by Jon Favreau. In theaters July 19, 2019. © 2019 Disney Enterprises, Inc. All Rights Reserved.

I also adored that James Earl Jones reprised his role as mufasa and I felt like the voice talents of Donald Glover (Simba), Beyonce (Nala) and Seth Rogan (Pumbaa) were really great fits.  It did take me a moment to adjust to their voices but once I was in, I was ALL in.

Walt Disney’s new movie THE LION KING, is hitting theatres this Friday and I’m giving you the chance to win free Fandango tickets to see the movie at a theater near you! Send your full name and birthdate to DisneyDenver@gmail.com and enter subject line “WE GOT THE LION KING” for your chance to win a family four-pack of tickets plus an awesome prize pack including THE LION KING tote bags, hats, tee-shirts and more! Entry deadline is Thursday, July 18th at Noon. Good luck! 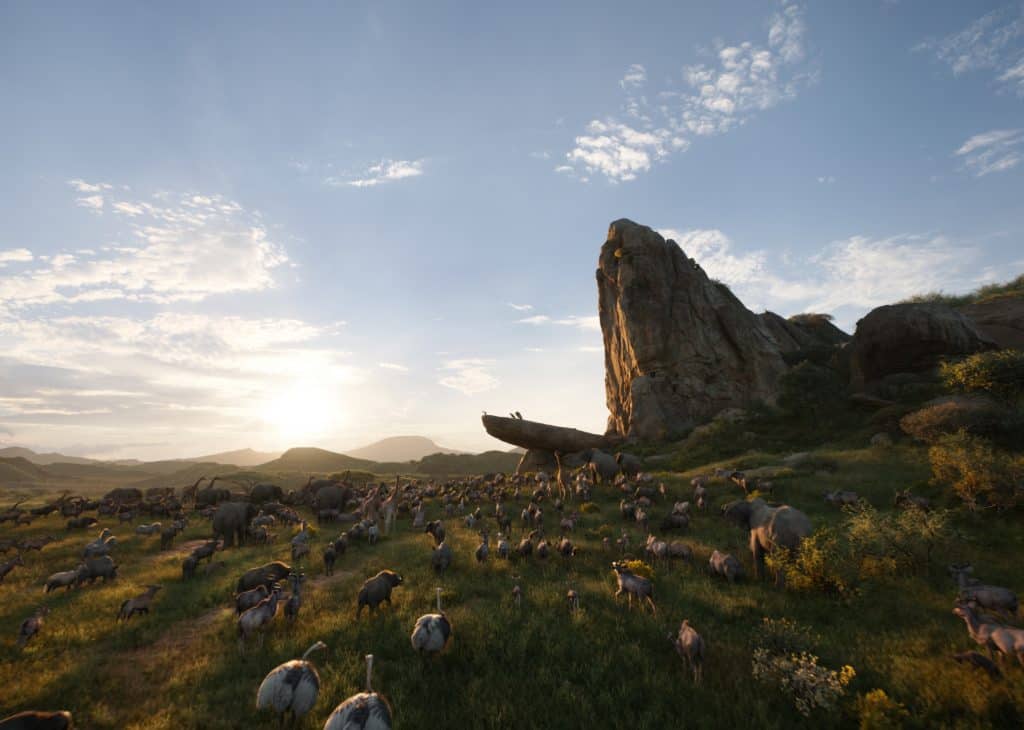 THE LION KING – Featuring the voices of John Kani as Rafiki, Alfre Woodard as Sarabi and James Earl Jones as Mufasa, Disney’s “The Lion King” is directed by Jon Favreau. In theaters July 19, 2019. © 2019 Disney Enterprises, Inc. All Rights Reserved.

Are you excited to see the live action Lion King now?

I saw the Lion King last week and your review is spot on! And I cried too!

yay! Thank you, I always love hearing that someone read my reviews. It was awesome!