Aladdin hits theaters today and today I want to share my quick thoughts on this new live action adaptation.

Disclosure: We were invited to screen the new live-action Aladdin.  All opinions are my own. 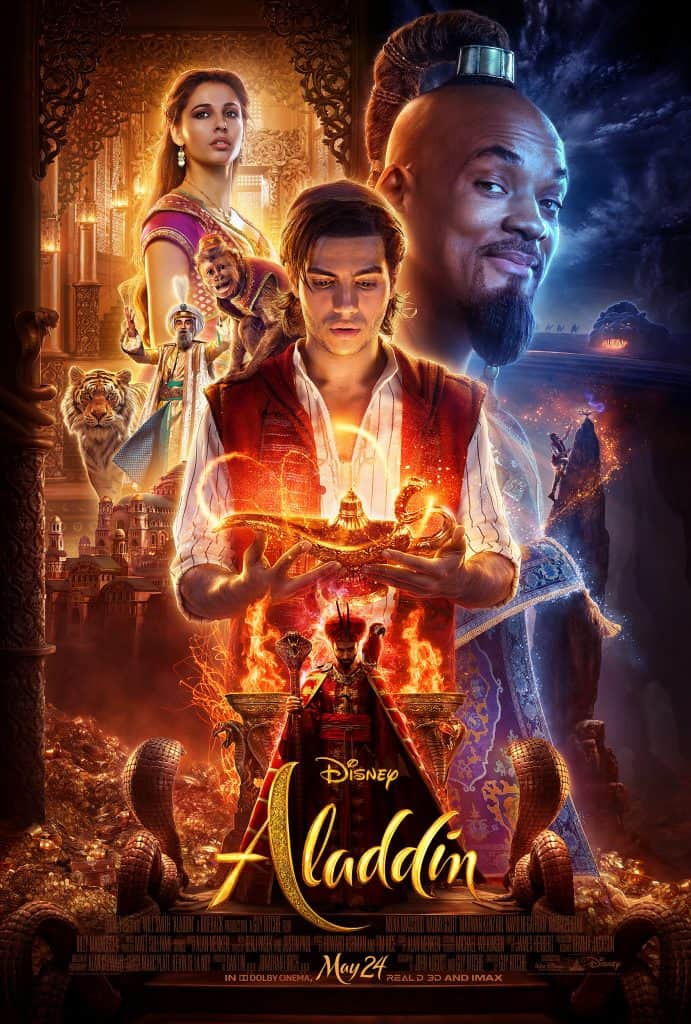 How Does the new Aladdin Compare?

I have to admit that I was seriously annoyed when I heard that Disney was remaking a bunch of their classics into live action movies.  I have cautiously walked into each theater with a strong opinion of how the movie should be carried out and huge expectations on how Disney would choose to present some of the most iconic scenes.  Since screening Aladdin on Tuesday, we have been asked several times how the new Aladdin compares to the original…well, it was AWESOME!

Yes, I said it.  In fact, when the local radio station was talking about the release of the movie and bringing up the same thoughts I had, I actually texted in and told them that the movie was carried out true to the original and that I really enjoyed it.  I was truly impressed with the cinematography.  It was stunning, the scenes in the market, the cave of wonders, the parade and so much more were just as animated and even a bit more stunning than the animated version. 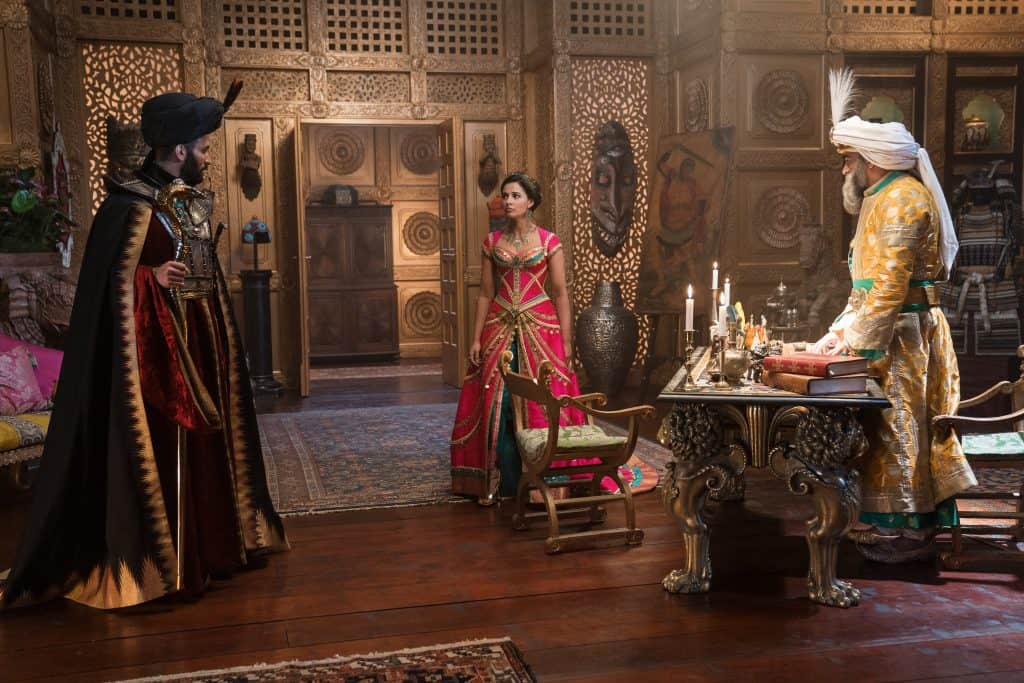 Marwan Kenzari is Jafar, Naomi Scott is Jasmine and Navid Negahban is the Sultan is Disney’s live-action ALADDIN, directed by Guy Ritchie.

Of course there were a few small changes to the movie, but overall, Disney really stuck the landing on this remake and kept the music and a lot of the same lines and quotes in.  I found myself singing along and even saying some of the quotes during the movie and just really enjoying this new take on a classic.  Aladdin is totally worth seeing now and although the story is the same, you are going to want to see the costumes, cinematography and so much more!

I felt like the actors in the live action Aladdin were incredible.  They filled the roles of Jasmine, Aladdin, Jafar, Genie and Sultan so well and really pulled you into each scene.  I also really enjoyed the addition of a few smaller roles and a love interest for Genie. 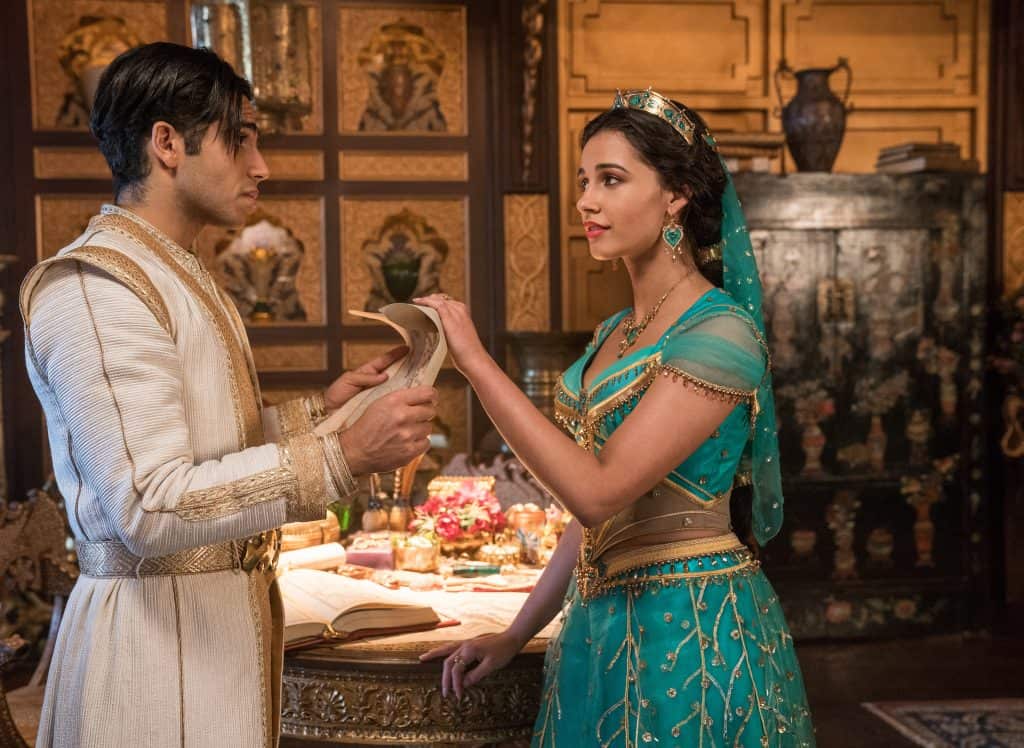 Mena Massoud who plays Aladdin really does a great job in the quirky, awkward but suave street rat that we grew up loving.  His appearance, mannerisms and even his voice really fit with the role and I walked out of the theater just loving his work.  Naomi Scott is stunning as Jasmine.  She was poised, firm and everything that Jasmine represents so well.  Strong woman, in a strong role, pushing boundaries and being amazing and beautiful at the same time. I do have to throw in that the CGI special effects that they used to create Abu and Raja were awesome as well. 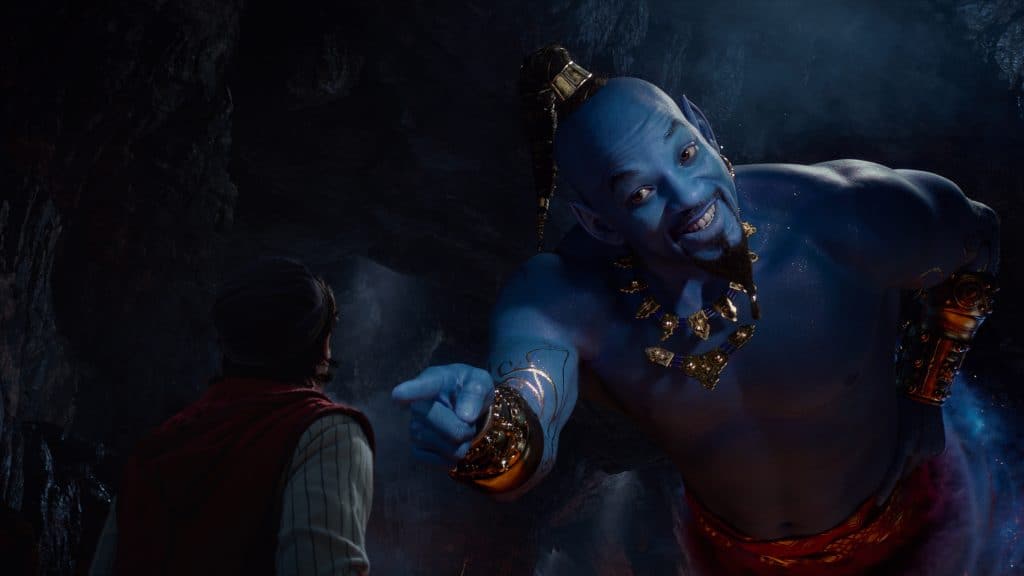 Robin Williams as the original Genie said it best when he said he was “never duplicated”.  Who could fill those massive shoes and at the same time, pay homage to such an iconic role?  Will Smith.  You guys, he was incredible.  He was funny, he clearly studied the original movie and showcased his love of the movie and this character so well.  I absolutely adored him as the Genie and although he made the role his own in small ways, he really did a great job in a role that would be difficult for any actor to play. 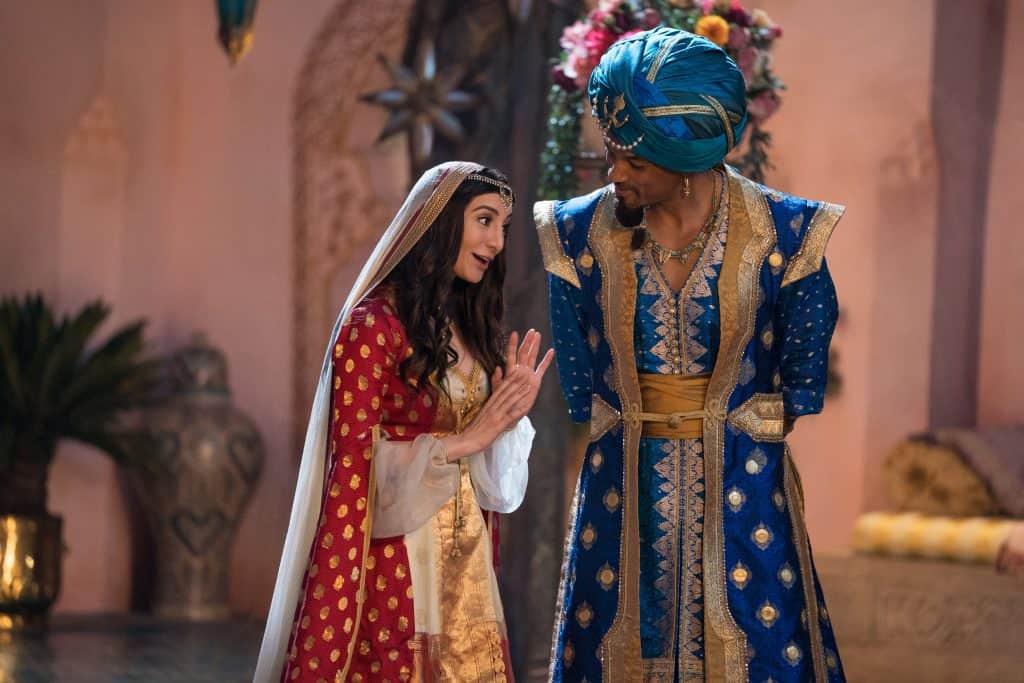 Nasim Pedrad is Dalia and Will Smith is Genie in Disney’s live-action ALADDIN, directed by Guy Ritchie.

SPOILER ALERT.  Genie has a love interest in this movie and it might be one of my most favorite parts of the movie.  Nasim Pedrad plays the handmaid to Jasmine and is a little awkward but hysterical in her performance.  She might be my new favorite character.  Her facial expressions, her line delivery and mannerisms had me laughing so much and then you pair her with Will Smith and they hit it out of the park!

Do it now, right now, it is in theaters and you just need to experience it and see it for yourself.

Previous Post: « How to Train Your Dragon Exclusive Steelbook Sets Out NOW!
Next Post: Why A Play-Well TEKnologies Party is THE BEST »