0shares
Yup!  Only a month late.  In my defense, I had been planning the party since before Eyan’s actual birthday.  He was adamant that he wanted a Turbo birthday party.  I knew I needed to make the invitation, come up with a meal plan, order the cake and decorations and pull off a nice low-key birthday party for my little guy.
Like most things in our life, none of that went as planned.  I had originally planned the party to be may 3rd, but as the week approached, I had yet to design the invitation and well sucked at life.  So I chose the next available weekend and slammed the invites together.  Not to shabby!
I initially hopped on Amazon to order the plates and napkins and decorations, only to have 1/2 my order cancelled and only get like 8 of the 40 pieces I ordered.  Yeah…so then I searched other online places because of course there are no local stores (or even stores an hour away) that carried the Turbo theme!  Finally Party City online had them and on clearance!  Oh and guess who neglected to get photos of the food and decorations…#me.
I coupon folks!  So of course that meant scouring my circulars and mobile adds for the best ideas on food, and seriously it was like pure luck that everything taco bar was on sale AND I had a COUPON! So “Dos Bros Tacos” from the movie was born and for less than $30.00 for food & drinks for over 30 people!
Then there was the cake fiasco.  I can bake, I just didn’t want to.  I had ordered the cake decoration pieces for turbo online a month earlier and was just going to take them to Target and have them throw them on a cake with some airbrushing and words.  Off I went to Target to find out that their baker had some sort of accident and the cake wasn’t happening.  Now at this point I realize that I totally could have gone to another store, but confession.  I only like Targets frosting, everywhere else is far to gritty and gross and yuck.  So yeah I just grabbed some cake mix, frosting and food coloring and drafted a plan. 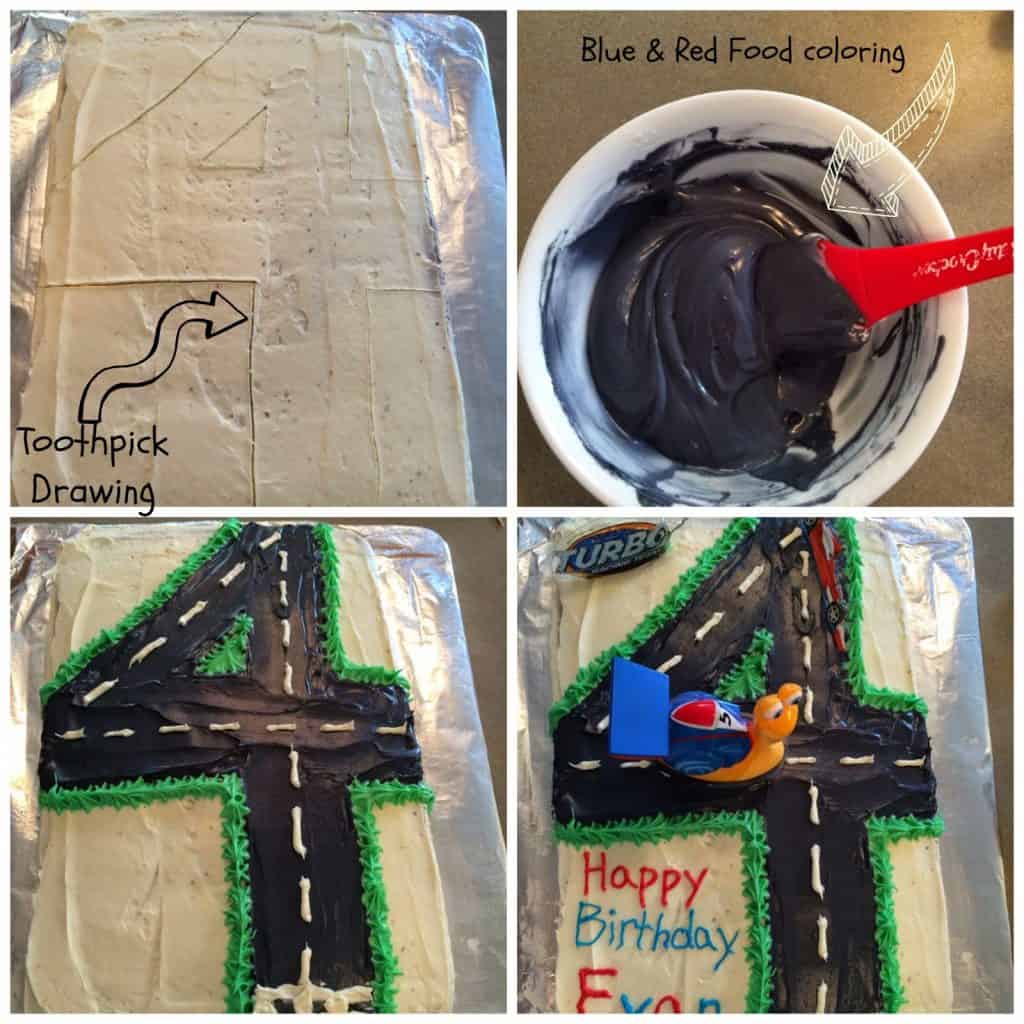 I baked the cake, I took a toothpick and traced out a “4”, I mixed some blue and red food coloring into my white cream cheese frosting to make blackish, and then made a bit of blue and red and green frosting too.  I then got to decorating and the final product is in the bottom right corner.  Not to bad for my first real “decorated” cake.  It was good too and literally there were NO leftovers!

So we ate tacos, delicious cake, opened gifts and had a lightsaber fight or two.  Happy Birthday (belated) to my little guy! 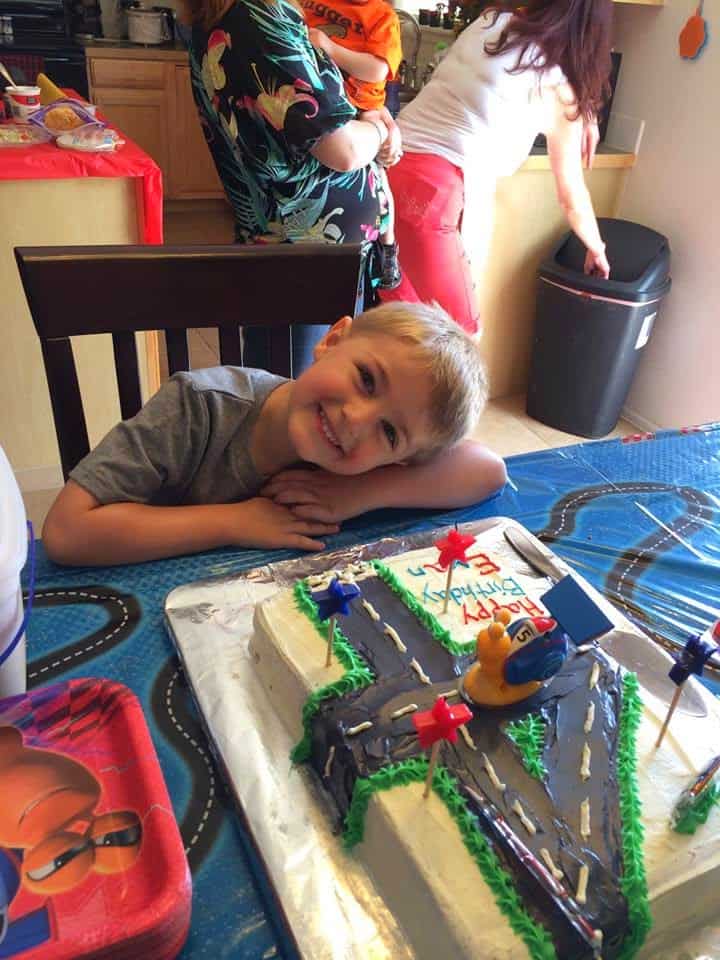 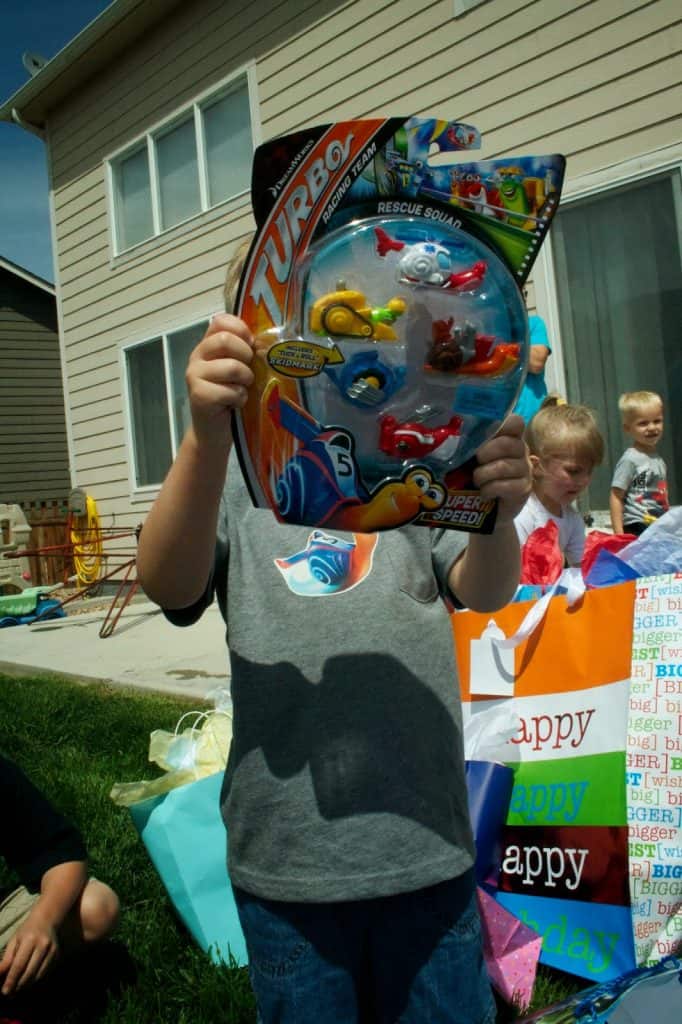 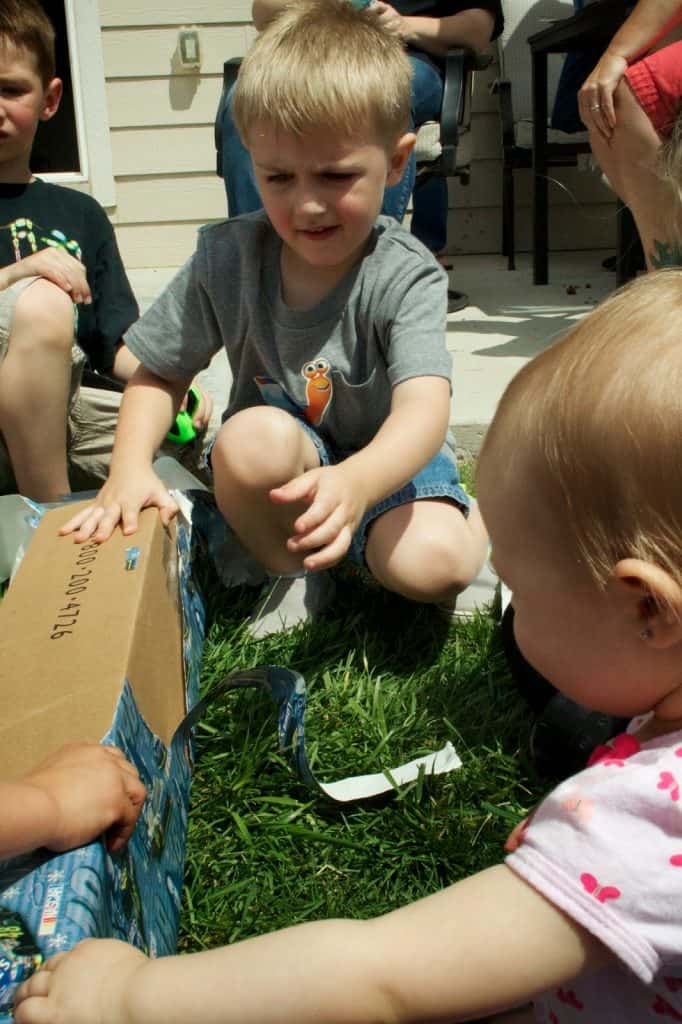 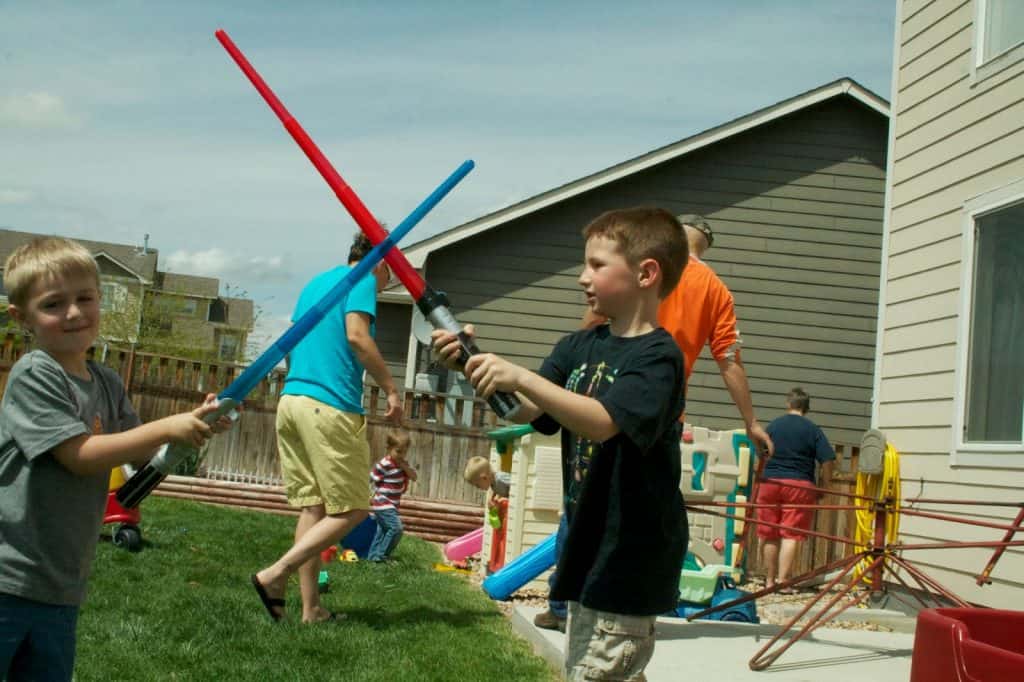