0 shares
On Friday our little guy had his last T-ball game of the season and to celebrate my dad got us tickets to the Colorado Rockies versus the Atlanta Braves game. These were not just any tickets they were “PowerTickets” and our experience with them was awesome!

The husband and I actually had to call Coors Field to figure out what Powertickets were because my dad just said that we had a credit for food.  We found out that you can purchase outfield and midfield tickets and have a $10-$15 credit on them for use on food and souvenirs in the stadium. 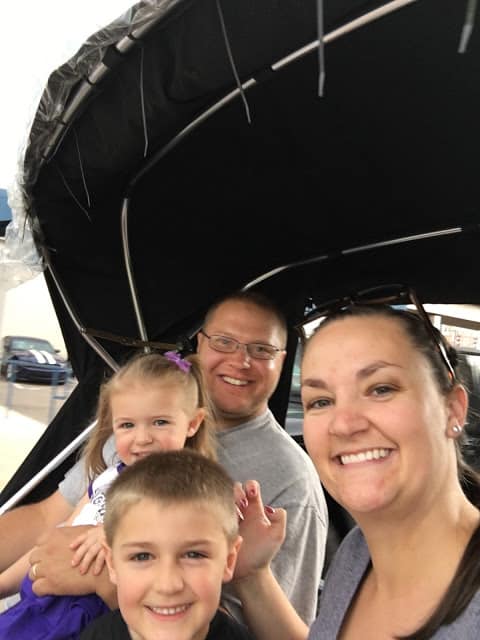 Due to the little guys game, we were running just a bit late to the game.  Conveniently enough, there was a pedicab driver waiting right by our parking lot and for just $12.00 we were able to bypass the 20 minute walk and get up to the gate and through security in time to watch the first inning!  Our guy was so obsessed with that pedicab that he talked about it throughout the entire game.  It was a fun ride for sure! 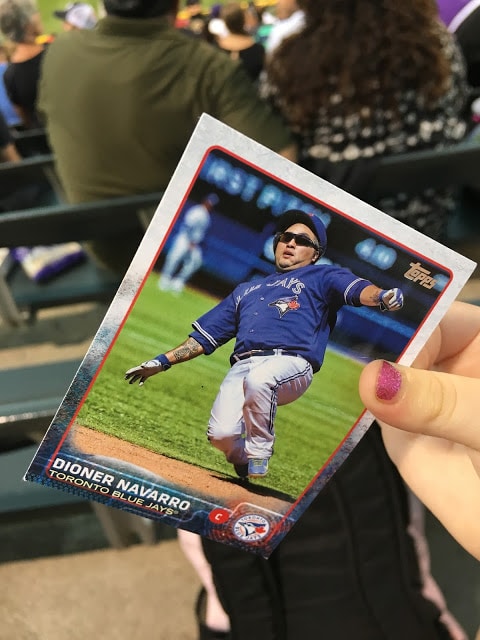 Walking into the field and through security the staff at Coors field stopped and gave each of our kids a baseball card!  Although they were not our Rockies, it was a fun little souvenir to have. 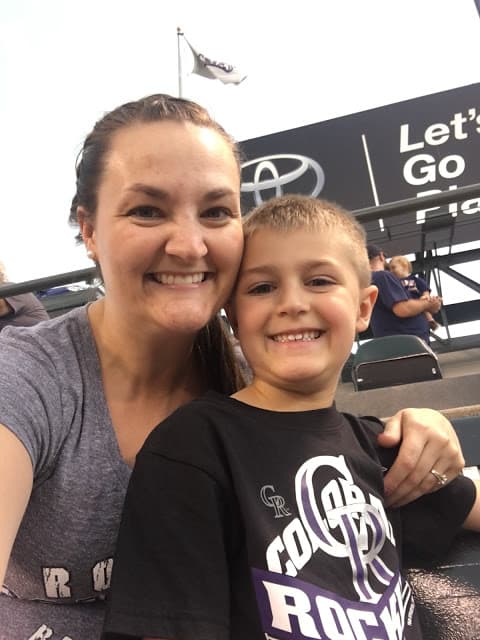 We got to our seats and they were in the outfield bench seats and they were actually great, but because we have a toddler who loves to use the bathroom and cannot sit still we just relocated to the top of the section so that it was easier to move about and not bother everyone around us.  Still great seats! 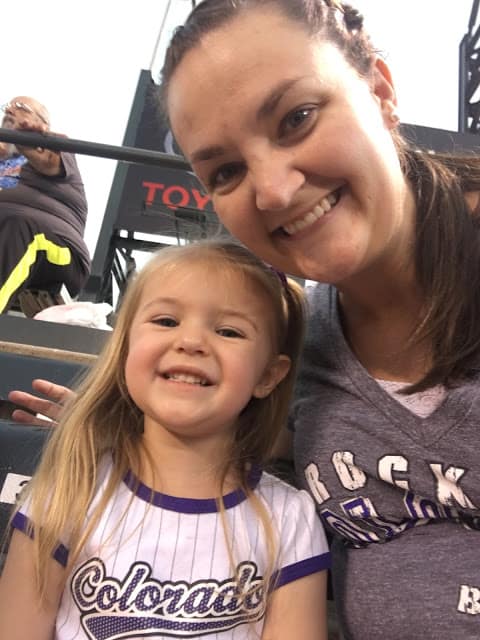 My husband actually was very excited to move because we were around two season ticket holders that kept telling us that the section we were in is right where the home run balls are hit.  Those ticket holders were right because not even 10 feet from us this dad caught a home run ball barehanded!  His little boys were so excited and it was fun watching the Rockies organization make that event even more special with autographed balls, and stuffed Dingers (Rockies mascot) and lots of pictures. 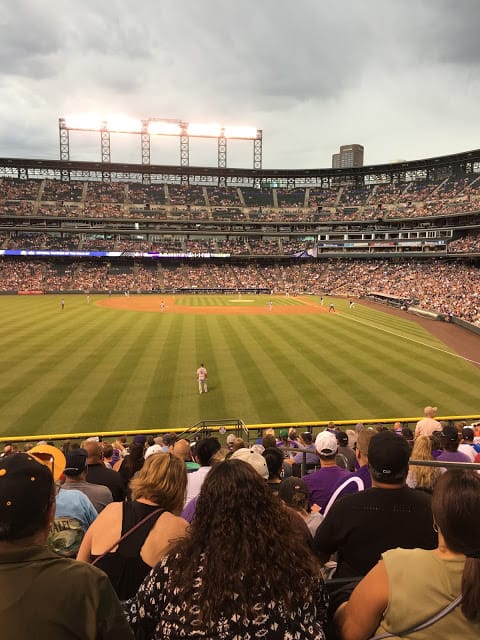 Playing the Braves was awesome.  Growing up that was my husbands favorite team and so being able to share our Colorado Rockies and the husbands favorite Atlanta Braves with our kids was really a great experience. The game was a good one too! 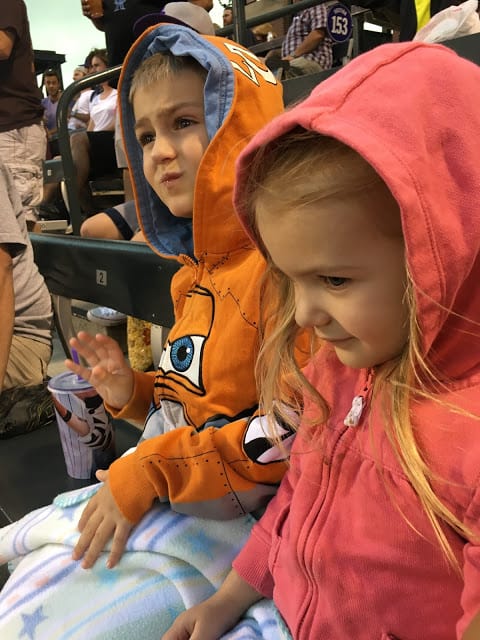 A couple times during the game it started raining and I was a bit nervous that we would get rained out, but the rain only lasted a few minutes and then it was a beautiful night. 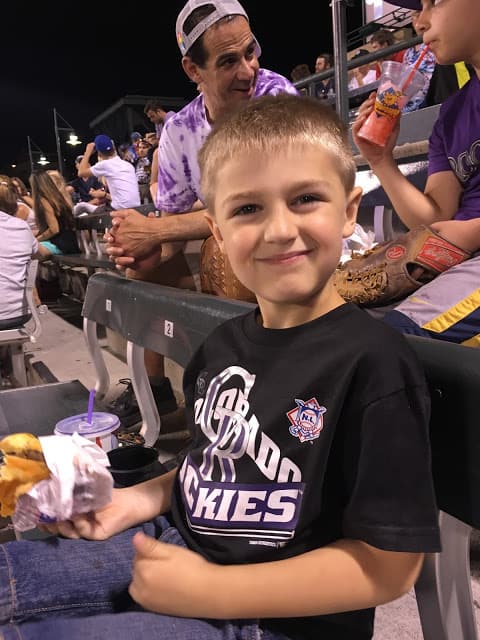 The power tickets were fantastic.  We were able to enjoy a good variety and food and drinks.  You can use the tickets at any place that takes credit cards.  They just scan the ticket barcode which holds your balance and work like cash.  We were able to enjoy nachos, angus cheeseburgers, Famous Daves ribs, beer, soda, ice cream and other yummy deliciousness.  The only thing that we were bummed about is that the Slushie vendors were cash only and I had spent our cash on parking and that pedicab. 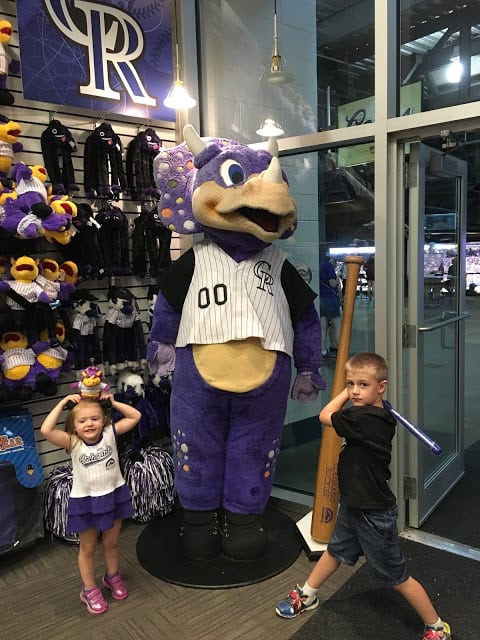 At the end of the night even after eating half the food offerings at the stadium, we still had some cash on our power tickets so we headed over to the main souvenir shop and the kids each picked out an item to take home.  I was pretty excited at this point because they had this huge Dinger to take a picture with and although we had waiting in line earlier in the game to take a picture with the real Dinger, my little girl had a panic moment and we did not end up meeting him.  This one worked perfectly! 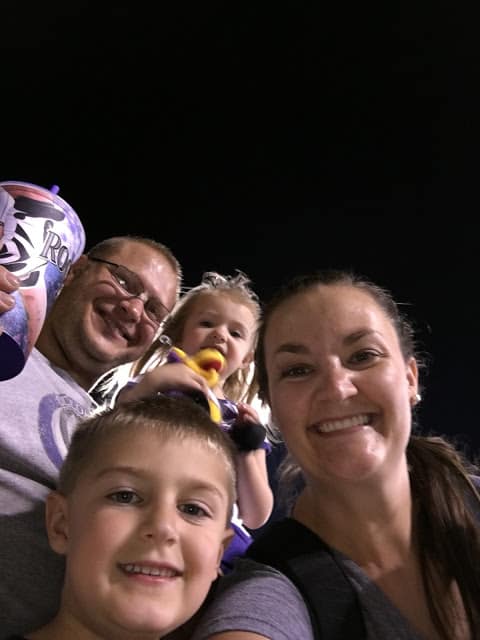 As the night wound down, our kids started to fall apart and we knew we had a long walk back to the car.  So we left the game at the bottom of the 9th and started the trek towards our vehicle. One problem…we did quite remember where we parked.  I had a good idea, and am generally good with directions, so after walking the long way around and having two very sleepy babies, we finally made it back to our vehicle. 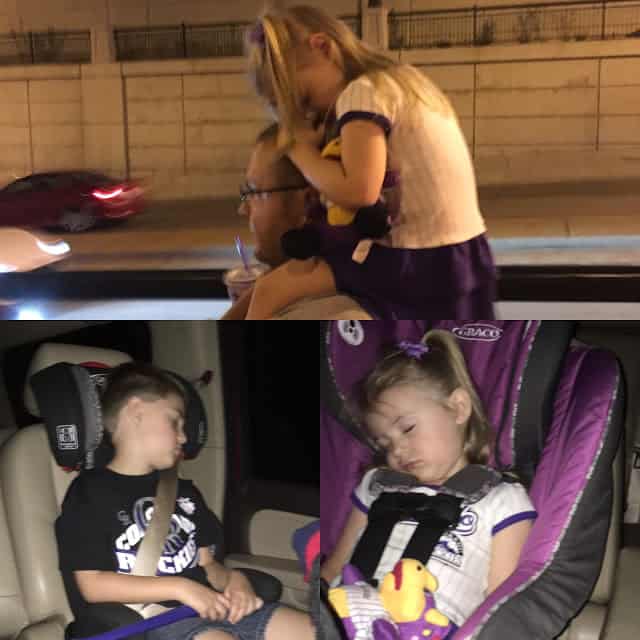 They were very tired and crashed out within 5 minutes of getting on the road for the drive home.  The night was a success, the power tickets were fantastic and everyone is still enamored with that pedicab ride.