Last week marked my little mans 1st day in full day kindergarten.  His new school does not offer half day kinder so we just jumped right in.  It has been a crazy experience getting organized and both him and I ready and out the door on time.  We took our token picture and headed out for our first day! 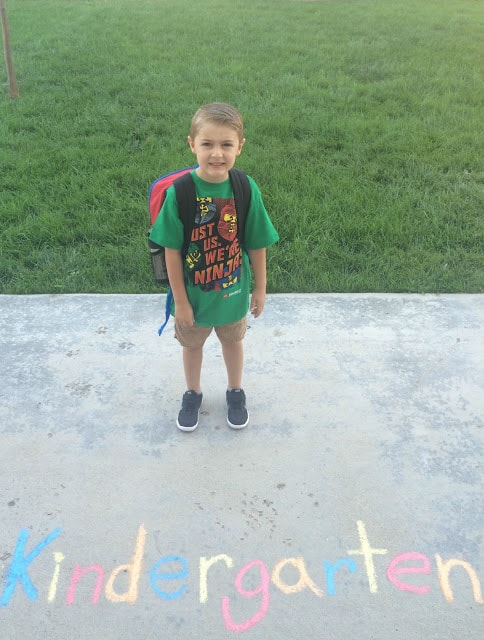 I lucked out this year as my son has all the same breaks from school as I do this year and he also started school 2 days before I did.  I was able to help get him situated without feeling rushed around. He normally rides the school bus and our mornings are early and a bit crazy!  On his first day however, I drove him out to school and really enjoyed the morning festivities. 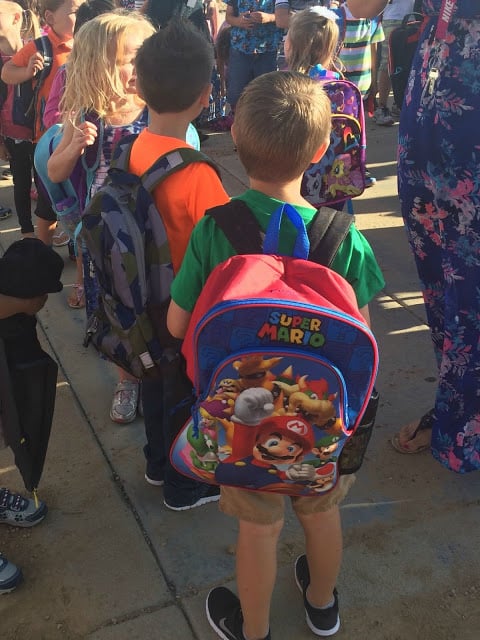 The morning started with a little playground time and then line up with the Pledge of Allegiance.  I did take photos of this, but I could not crop out the kids faces and didn’t feel right putting kids that we just met on here without parent permission.  My favorite part was the school chant that all the kids did right before they marched into their individual classrooms. 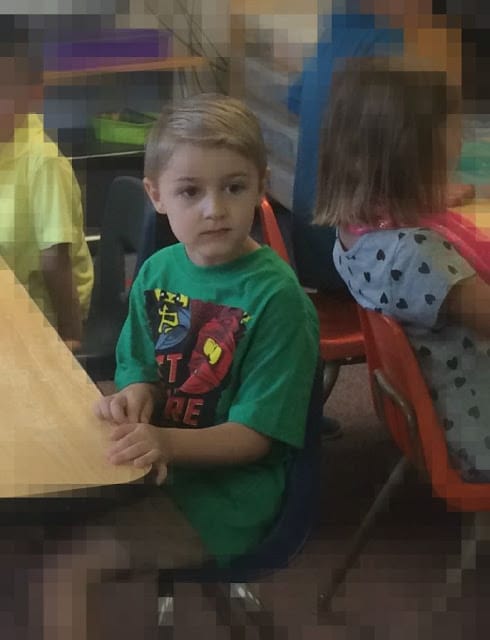 Once in their classroom they found their desks, took a seat and had a little breakfast snack.  Then the parents had to leave…and I DID NOT Cry!  I was so excited for my little guy and elated that he was not nervous.  I think preschool really prepped him.
So far kindergarten has been great.  He is learning manners, classroom norms, math, reading, some science facts and a bit of history.  He is also very into the behavior clip chart that his teacher utilizes and has earned the highest level already.
One thing that I wanted to talk about with my readers is our approach to education.  As most of you know I am a public high school science teacher.  I believe in public education.  That said, education is in flux and educators are stressed, overworked, under appreciated and sometimes expected to pull off miracles.  In this current system an average classroom size in Colorado is between 30 & 40 students (yes even in elementary).  As a teacher and a parent it is insane to think that every single student is actually being served individually each day with such large classes.  Sometimes I am lucky to make sure that I touch base with each of the 180 students I teach every other day.
So our decision to locate a school that is 45 minutes from our house in a rural area that is non-traditional was somewhat alarming to our friends and family.  However, this school has class sizes of no more than 20, students are held to rigorous behavior and curricular expectations and not one parent that I have spoke to had anything negative to say.  It was an easy decision and literally we are only a week in and my son loves school, loves his teacher, his behavior at home is more positive and polite and even though the boy hates to wake up, he does so daily with excitement.
I am eager to see how much my little man grows and changes and LEARNS this year.
Have your kids started school?  How is it going?

Last night was a milestone in our household.  My big boy had Kindergarten orientation!  It was awesome and it solidified my reason for sending him to a school that is 30 minutes from our house (only 10 from my work though)!  My husband was convinced that I made the right choice and our little guy adored his new school, teacher and was finally excited!
Orientation began with some introductions and expectations from students and parents.  The principal and the teacher both spoke and explained that they are a core knowledge school, which basically means that they teach common core but go into more depth.  The class sizes are small (no more than 20) and the teacher is great! 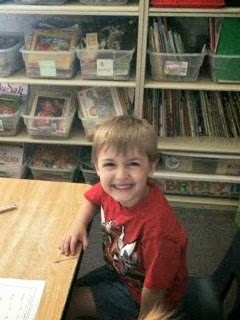 Our little guy will be going to this school with a few of his preschool classmates that also made it in! We are elated for him to have a fresh start but with some good friends and he is too! 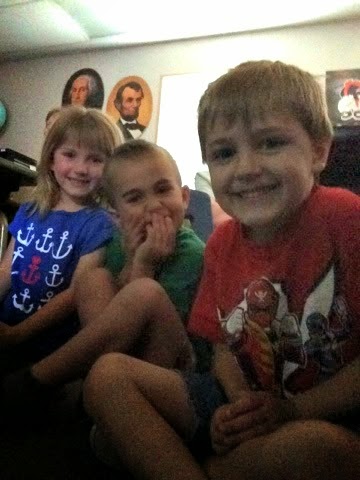 My favorite part is that they school is rural and small.  It is a K-8 and there is only 1 teacher per grade.  The parents that have kids in this school already LOVE IT and the reviews online follow that same sentiment.  It is a family and is exactly what I was looking for with my children.  I went to a school like this and it was amazing.  I cannot wait to see how my little guy falls in love with learning! 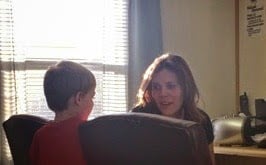 Our little guy even went straight up to his teacher at the end of the tour and shook her hand and gave his FULL name.  He was very proud to introduce himself and really excited to start the year! 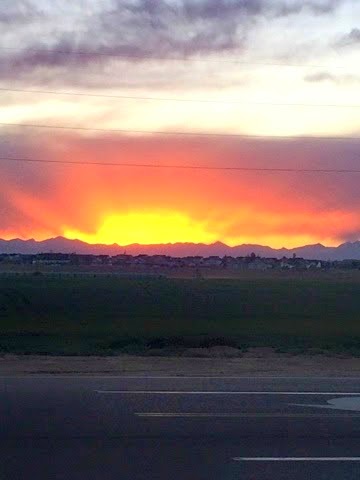 Then there was this.  What a beautiful ending to a day representing a new beginning in our lives.
Hope your week is going well.  How was the adjustment for your kids entering school?

Previous Post: « How to Handle the word “Hate” with Love and Logic.
Next Post: Happy Birthday Son! »