0 shares
Disclosure: We were provided with a DockATot in exchange for our honest review.
Four month sleep regression is real, but now manageable after the DockATot made its way into my sister’s home.  After her success, we wanted to share 5 reasons that you and your baby NEED a DockATot! 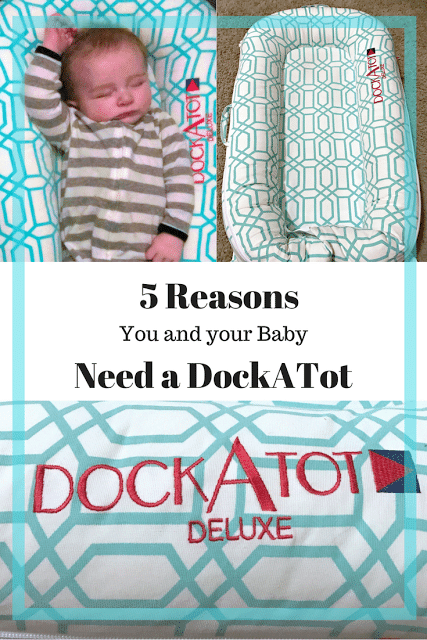 Before I jump into our list, I want to tell you a bit about my sister and nephew’s story.  When my nephew was born he was the perfect baby.  He slept great, only woke to ate and went straight back to sleep.  He woke infrequently and was hardly ever fussy.  In fact, the only time that I remember in his short life of him ever being inconsolable was when I was babysitting him and I took off my coat to get comfortable before giving him a bottle, and he was not having that bottle because he thought I was going to nurse him.  Like I said, he is just a perfect baby. 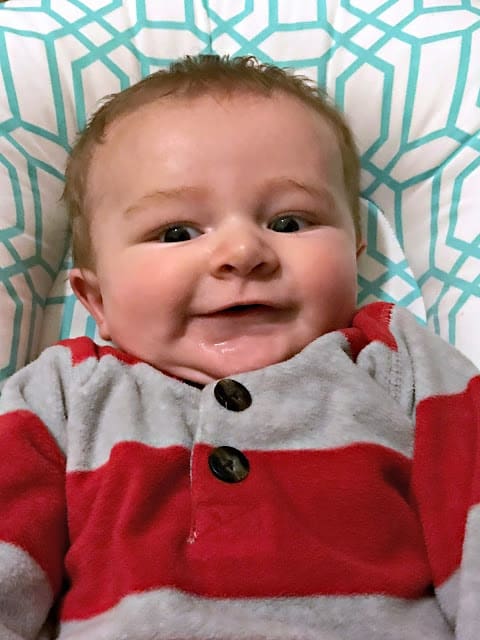 At almost 4 months, my sister went back to work and shortly there after, my nephew began the dreaded 4 month sleep regression.  It was awful for her.  He would wake every 30-40 minutes and scream and then finally sleep for a short period and repeat.  He has always been a cat napper, so making up that sleep for mom, dad and baby during nap time was not happening and my sister and her husband were exhausted and burning the candle at both ends.  They tried to transition my nephew out of the rock n’ play that he had been sleeping in and into his crib, and it was a mess. Nothing was working…until the DockATot came into their lives. 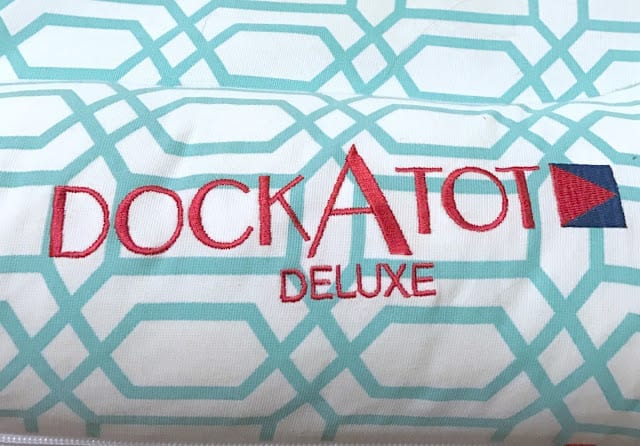 This was a game changer.  My nephew was so used to sleeping in a conforming little space that the wide open crib was too much for him.  He was too big for the rock n’ play and uncomfortable in it, yet too small to feel secure in the crib.  Placing him in the DockATot and allowing him to sleep in it, made the transition from cradle to crib much easier on both parents and baby.  Please note: DockATots should NOT be placed in cribs! In addition, he finally started sleeping a normal stretch within just a couple days of using the DockATot.  Life is so much better, sleep is so much better and that happy little nephew nugget is back!

So onto our list of WHY you NEED a DockATot! 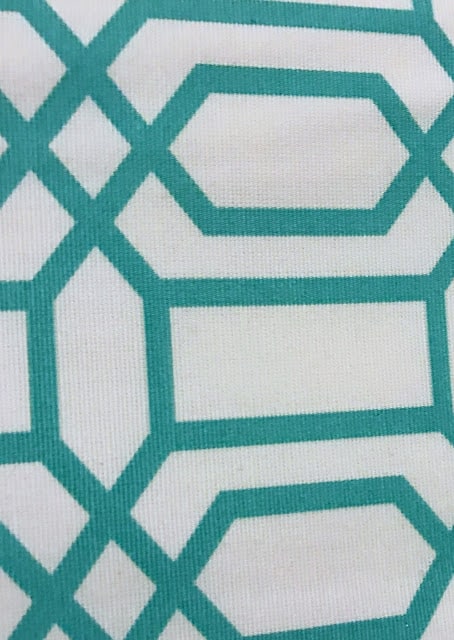 1. The fabric is amazing.

It is strong and soft at the same time.  In addition, DockATot has worked to ensure that the fabric is 100% breathable.  The material that it is made out of allows air to pass through and keeps baby at a comfortable temperature which is relaxing and helps them sleep better. My sister definitely agrees that this is a wonderful feature! 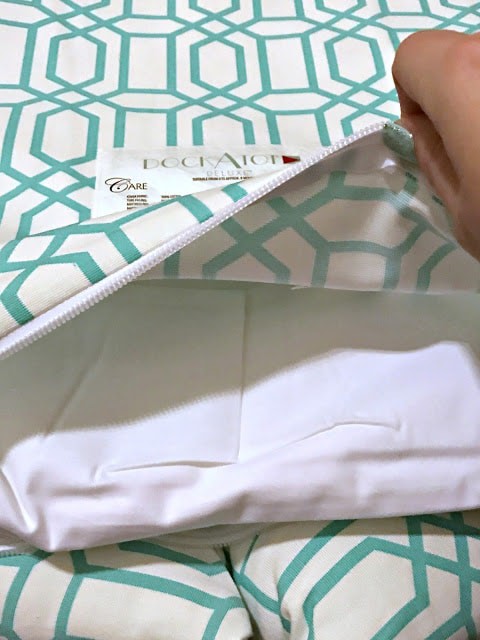 2. The material is washable!

No seriously, in the short 4 year span since I had a tiny baby to now, you would not believe how many baby items were so difficult to take apart and wash.  The DockATot is so simple to take apart, and wash in the washer.  As a mom, you know how blowouts and messes happen and how important it is to get that in the washer quickly.  We love that you can easily take everything apart and get it in the laundry fast. 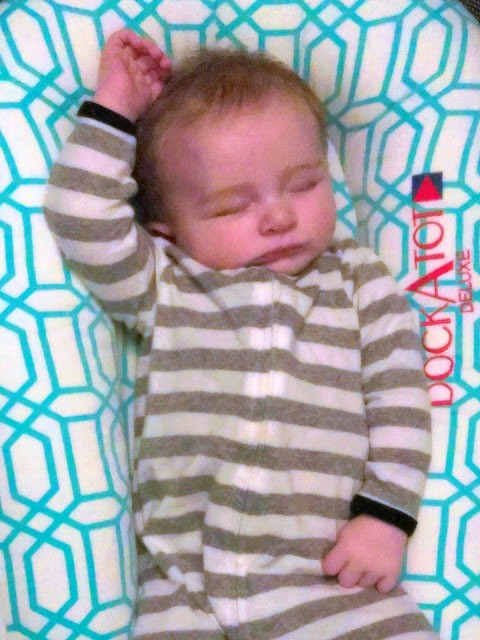 Look, babies like to be snuggled and held tight.  We all know a baby who only wanted to sleep in your arms and woke up as soon as you put them down.  The DockATot reinvents the womb providing a snug and soothing environment for babies which helps them sleep well. 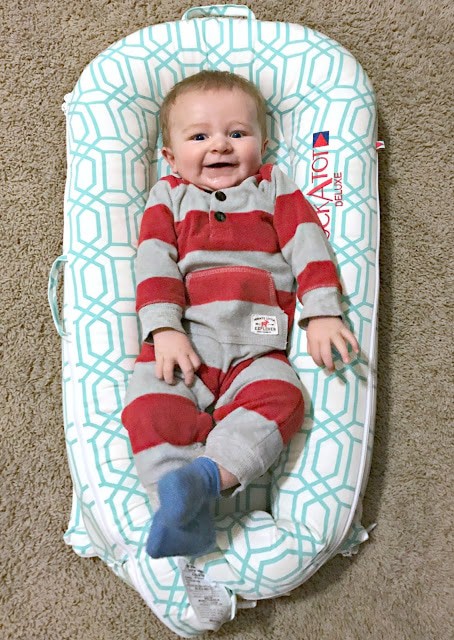 Not only does the DockATot provide a great sleeping environment, but you can use the DockATot for playtime under a kick-mat, or for safe co-sleeping, or even to promote tummy time and head control!  This is truly a wonderful baby product and something that we believe is really a game changer. 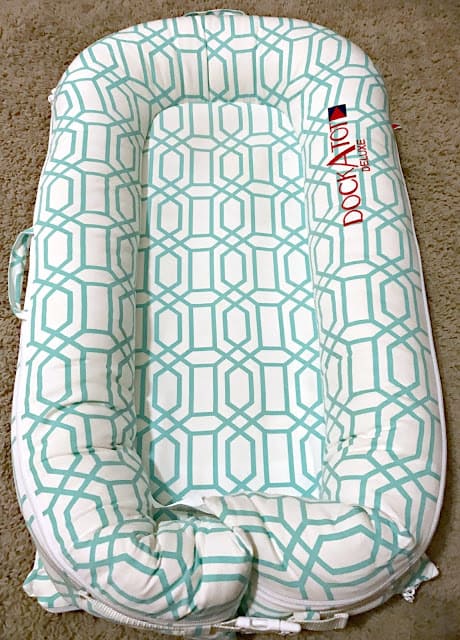 This is one of the best features for my sister.  She really feels that my nephews sleep patterns nearly returned to normal once the DockATot arrived.  Their transition was much easier for everyone and particularly gave my nephew a secure and comfortable place to snooze with ease.

We wanted to show you some more features and I wanted to show off this cute baby some more, so here is our video review of the DockATot.  Let us know if you have any questions!

(Please note: the DockATot is NOT to be used in cribs.  This video was made prior to that recommendation)

I am also a huge fan of the DockATot, however I cannot believe that you are saying to put it inside the crib. This is so against manufacturer’s recommendations. You should never place it inside of anything. Our DocATot is only ever placed on the floor. Please read the warnings carefully before suggesting to anyone so irresponsibly what to do with the DockATot.

Thank you Julie! I love that you are so diligent and you are 100% correct, this recommendation has now been changed and I will be updating the post with that information. Thank you so much!