Disclosure: I was provided with tickets to see the movie, but not asked to write this. All opinions are my own.

My son saw the preview for Teen Titans Go to the Movies a few weeks ago and asked if we would be going to see it.  I had to tell him that we would be missing the prescreening and that I didn’t think we would.  Imagine my surprise when an awesome package arrived on my doorstep with 4 tickets for our family to check out the movie on our own time!  We enjoyed it so I thought I would share our thoughts and do a little Teen Titans Go the the Movies Giveaway! 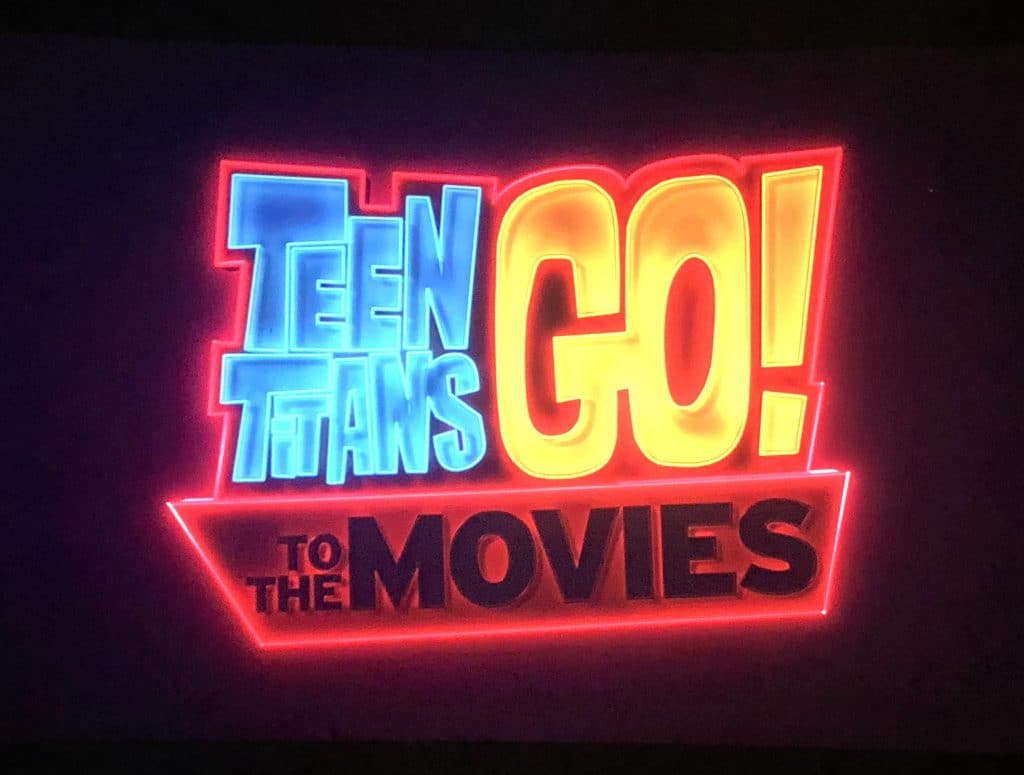 When the Teen Titans go to the big screen, they go big!  “Teen Titans GO! to the Movies” finds our egocentric, wildly satirical Super Heroes in their first feature film extravaganza—a fresh, gleefully clever, kid-appropriately crass and tongue-in-cheek play on the superhero genre, complete with musical numbers. It seems to the Teens that all the major superheroes out there are starring in their own movies—everyone but the Teen Titans, that is!  But de facto leader Robin is determined to remedy the situation, and be seen as a star instead of a sidekick.  If only they could get the hottest Hollywood film director to notice them.  With a few madcap ideas and a song in their heart, the Teen Titans head to Tinsel Town, certain to pull off their dream.  But when the group is radically misdirected by a seriously Super-Villain and his maniacal plan to take over the Earth, things really go awry.  The team finds their friendship and their fighting spirit failing, putting the very fate of the Teen Titans themselves on the line! 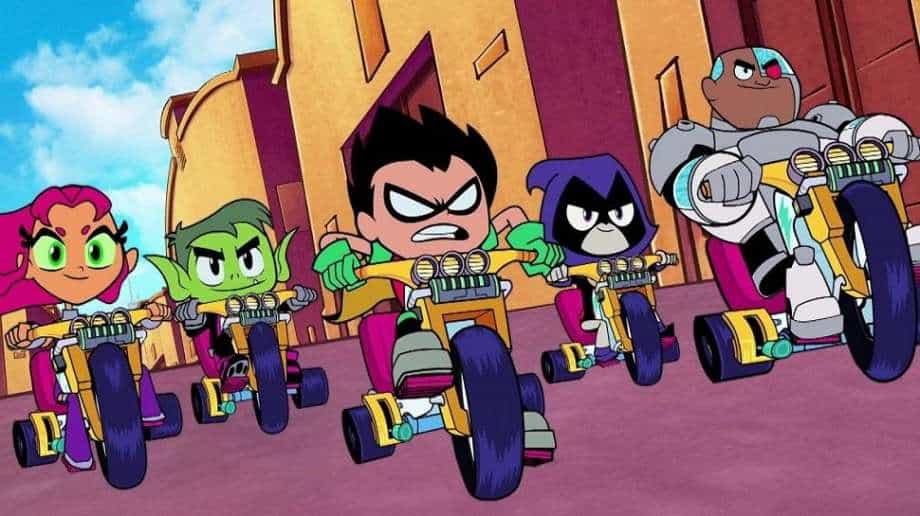 We went on Sunday for a nice family afternoon at the theater.  I purchased tickets on Fandango (which BTW is honestly the easiest way to buy tickets.  No line, easy entrance and we got to pick our seats too) and we walked right into the theater.  The movie opened with a cute little comic featuring the awesome women superheroes and then jumped right into Teen Titans Go! The kids and I were giggling from the start and the “fart” scene is all they talked about for the rest of the day. There was a lot of cheeky humor and a storyline based on the sidekick underdog coming up along with a fun little villain.  What I like about DC comics and the Teen Titans Go movie is that they were able to make fun of themselves while sharing a cute story that everyone could enjoy.  I honestly think I heard more laughs from the adults than I did from the kids. 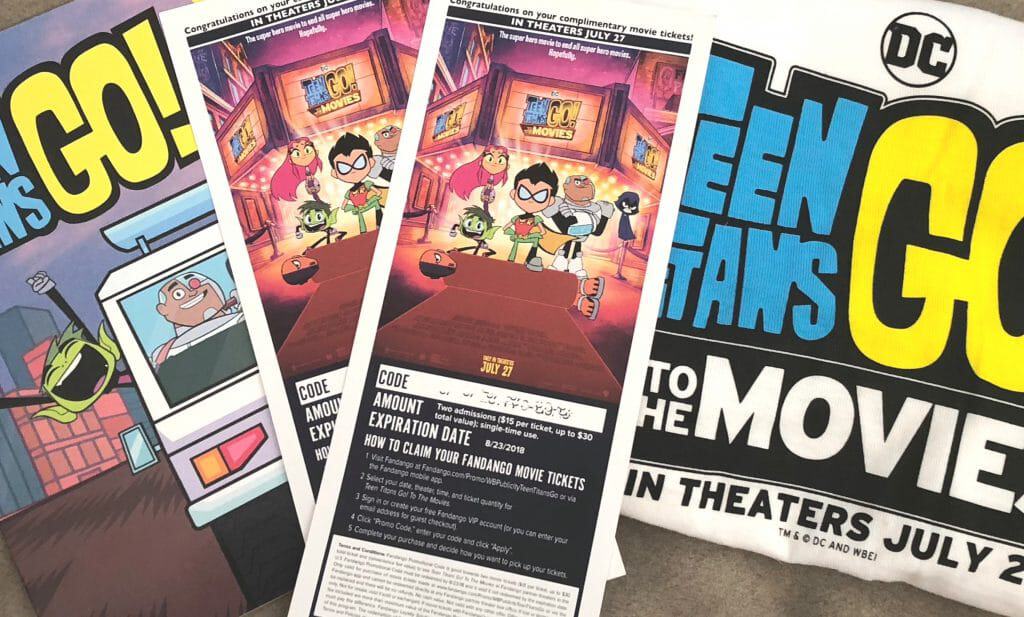 I promised a giveaway!  I have a 4 pack of tickets to Teen Titans Go to the Movies,  for one of my luck readers.  Take your chance and enter the rafflecopter below to see this fun little movie!