Mr. Rogers is an icon, but the story behind his true kindness is something that I hope every person sees at some point in their life.  Check out my review and find out if I think it is a good fit for kids.

Disclosure: We were invited to a screening of the movie.  All opinions are my own. 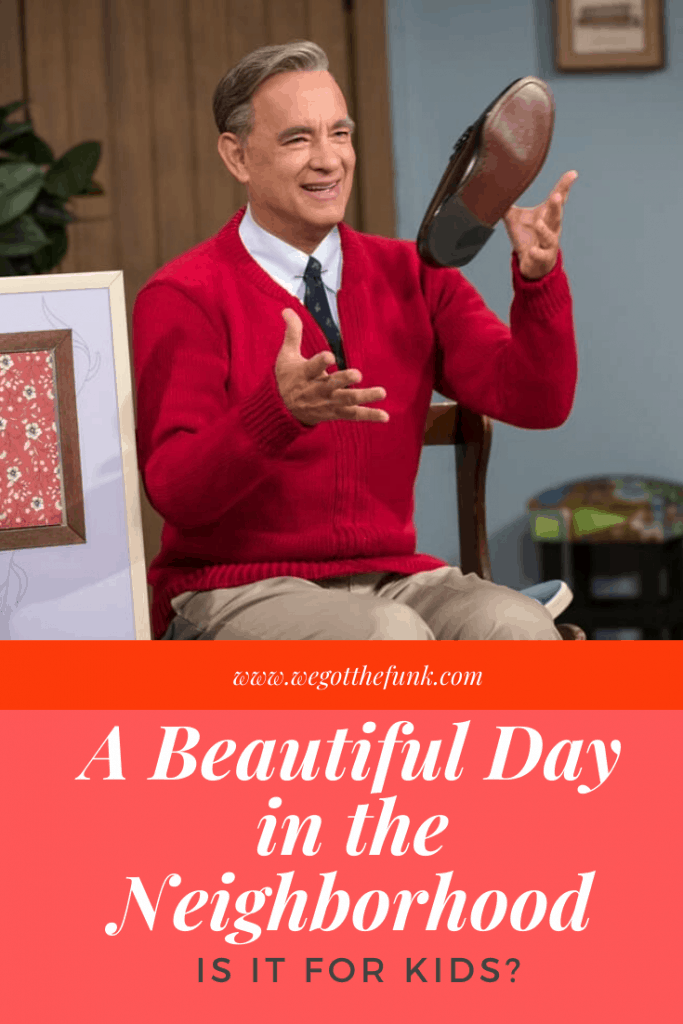 A Beautiful Day in the Neighborhood

One of the most anticipated movies of the year hits theaters this week and we were able to preview it last week.  A Beautiful Day in the Neighborhood is a touching story about our beloved kindness movement leader, Mr. Rogers.  It is based on a true story of a real-life friendship between Fred Rogers and journalist Tom Junod. 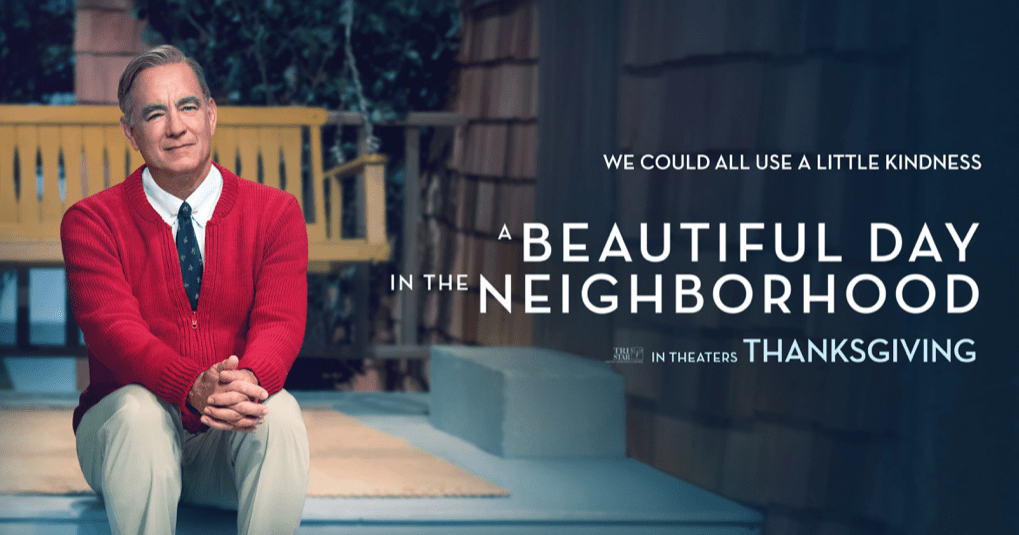 The movie follows a jaded magazine writer, Lloyd Vogel (played by Matthew Rhys), who is assigned to write an article about Mr. Rogers (Tom Hanks).  Lloyd is cynical and a skeptic of Mr. Rogers, but through his own personal experiences and Fred’s beautiful way with people, he learns about kindness, love, forgiveness and more.

Oh, I cried.  You guys, at one point the entire theater was a sniffling mess of tears.  When the final credits began to roll, my mind was tired.  It wasn’t so much that the movie was hard to follow or that it was this huge emotional rollercoaster, but it was deep.  Something about how forgiving Mr. Rogers was, something about how he always found the good in people and how he was never afraid to admit his faults. 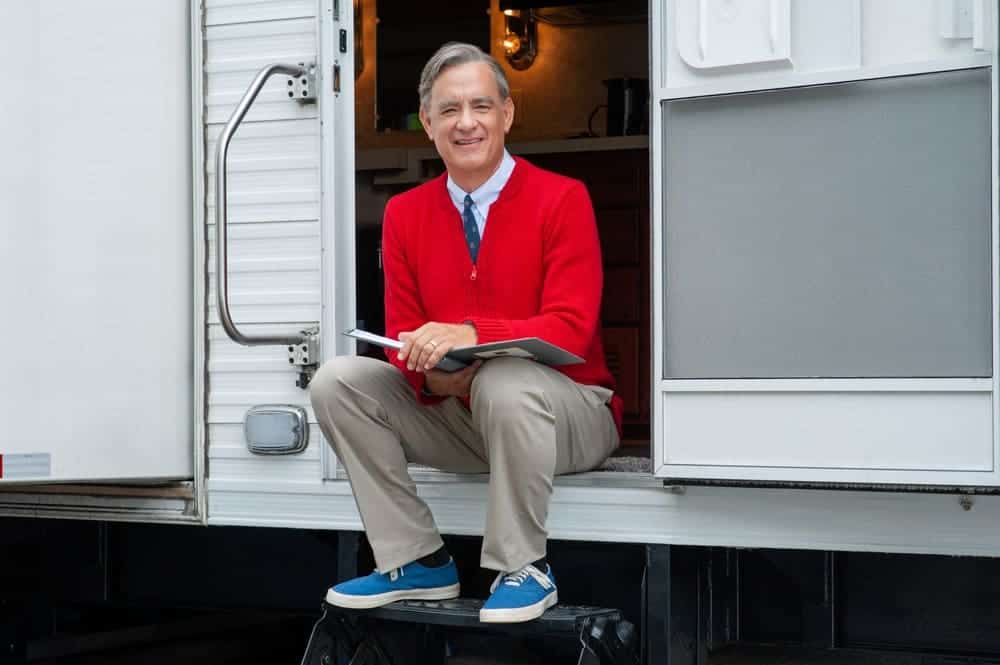 It was a lot.  My mom went with me to the screening, and she asked just yesterday about if I had written my review yet.  I said nope, but that I wasn’t sure what to say.  I wasn’t, but I am now.  A Beautiful Day in the Neighborhood was an excellent showcase of kindness in a time when we need it most.  It showed a man that was in our living rooms constantly, from a different angle and it touched every single person in that theater. 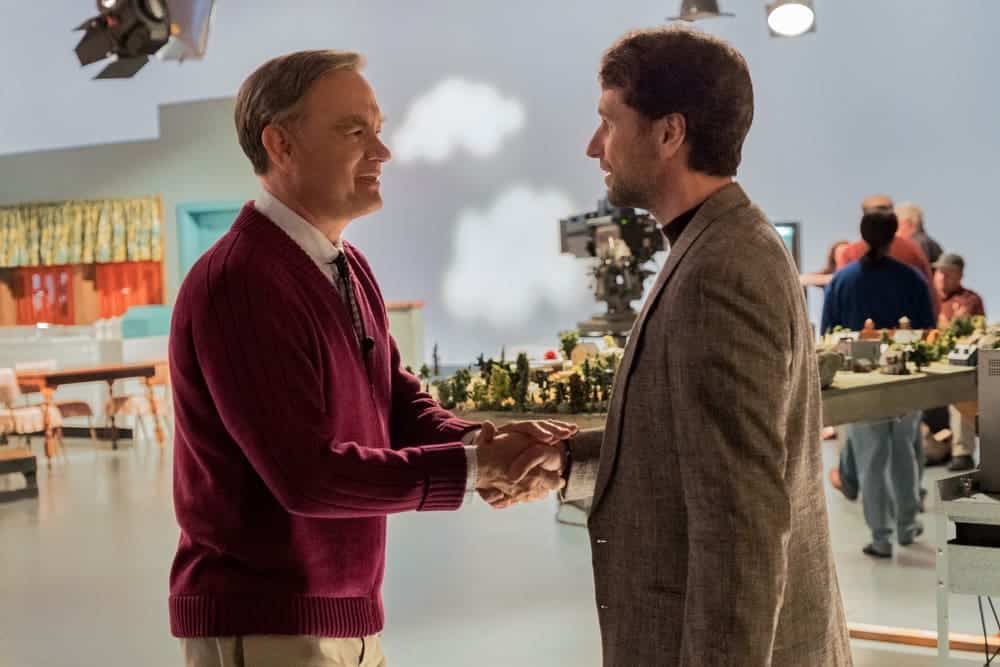 We all grew up connected to Mr. Rogers, but not many people knew Fred Rogers.  He gave of himself constantly, took other people’s burdens into his heart and always promoted kindness.  He found a way to heal and teach people both on and off screen and I think many of the tears people were shedding in the theaters had to do with not only the story, but their own stories of forgiveness and their own relationship with the man we all grew to love.

Is it for Kids?

I decided that a double feature in the middle of a week with 2 tired kids was a great idea.  We were walking out of Frozen 2 with an hour to kill before taking on A Beautiful Day in the Neighborhood.  My kids and I were obviously tired, but I was not about to miss a movie that I had been looking forward to for MONTHS.  Walking into the theaters…there were very few kids. That was likely clue number 1.  Add to that a parental guidance (PG) rating and category of drama, most people probably knew that this was not necessarily going to be a movie for kids. 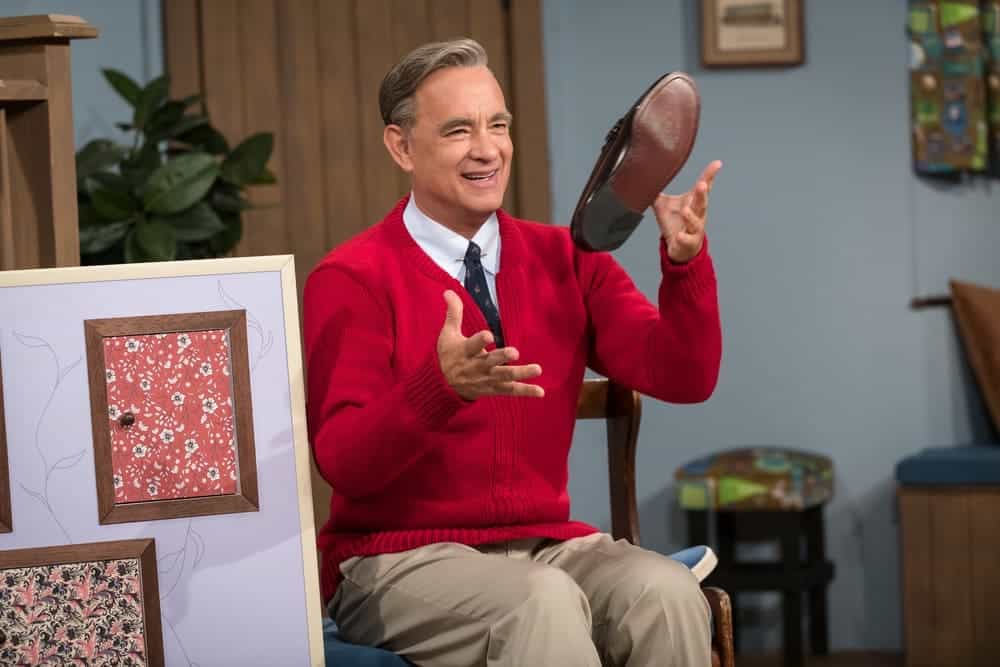 I missed that memo, but honestly, I am ok with that and so were our kids.  They sat through that movie, watched, listened and at one point even cried with the masses.  They understood.  Would I recommend that parents flock to the theater with their kids, probably not, however, kindness is universal and Mr. Rogers is a beautiful person to continue to learn this ideal through.  I would say that if you plan to take your children, probably over the age of 8 would be best, but you know your children and how they are able to cope with things.

Are you excited to see A Beautiful Day in the Neighborhood?