0 shares
When I was a little girl my grandmother and I did a lot of special things together. One thing we both loved was the ice skating shows.  When they first started they were called the Ice Capades and then there was some random ice shows between that and finally Disney on Ice began.  We nearly never missed a show through all those transitions.  Grandma loved Disney and putting the movies onto the ice really was something that we could have only dreamed of when I was a little girl. 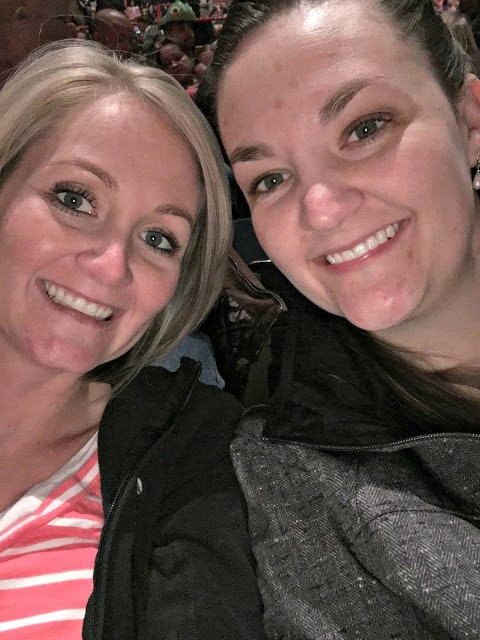 Even as an adult I would come home from college and take grandma to shows.  Occasionally my sister would come, but not always.  However, the shows are just as special for her and something we now do together always.  We really just enjoy the beauty of the show, the magic of Disney and the fun evening out spending time as a family. 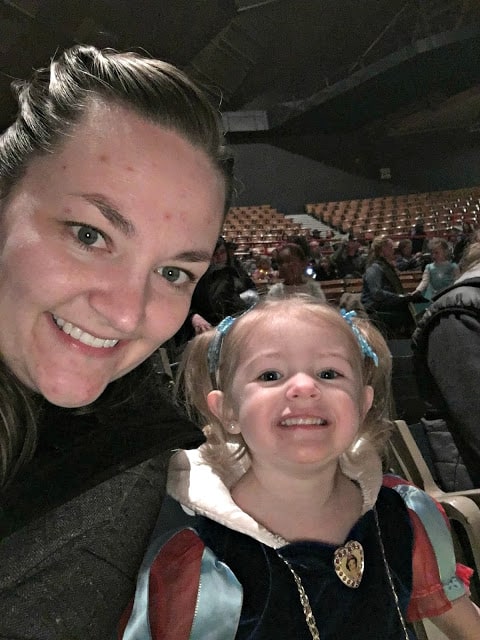 There are always two shows in Denver in a year.  The first show is around March and the last show is in early December.  We do our best to fit them in our schedules as best we can.  Now that grandma has passed, I try even harder because being there makes me feel closer to her.
The show that just came through was Treasure Trove.  It was a great mash up of old and a bit of new. We prepped the kids, of course dressing the peanut up as Snow White and grabbed the mandatory snow cone in a souvenir cup.  I easily have 30 of these cups in my cupboard and honestly I could not get rid of a single one.  Each one carries a memory, a moment and mostly a part of my grandma.  My kids love the cones, I love the cups.  Win-Win! 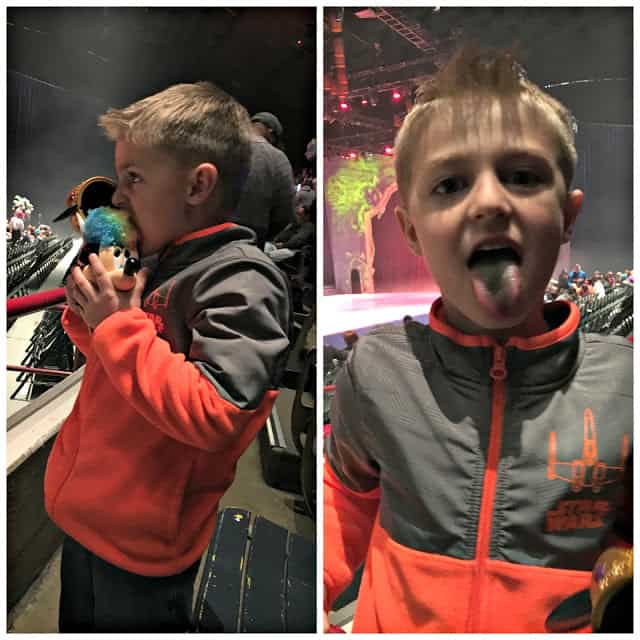 The show started and opened with a fun little dance number.  Our littlest was laughing and jumping and shaking it with the Toy Story characters.  So much fun already! 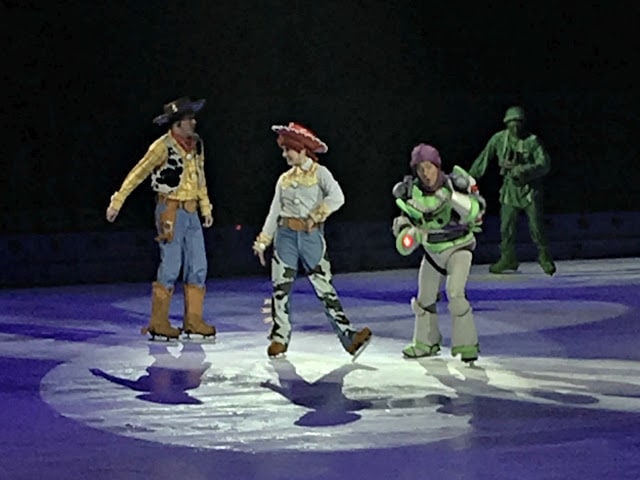 After that the guest of honor and his friends joined us.  Yup!  MICKEY MOUSE!  This is always the best part of the show.  Kids eyes light up, the crowd ignites in a cheer and the magic really begins. 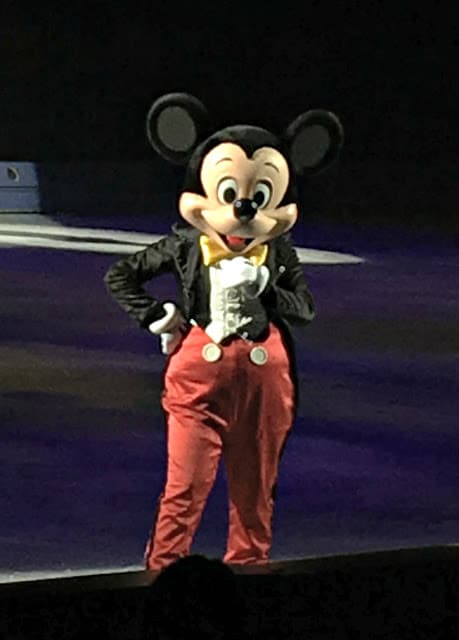 This show was one that grandma would have really loved.  Treasure Trove was not just a title, it was a feeling.  All the nostalgia of the movies from my childhood mixed with the classics and couple new princess movies.  It was perfection. 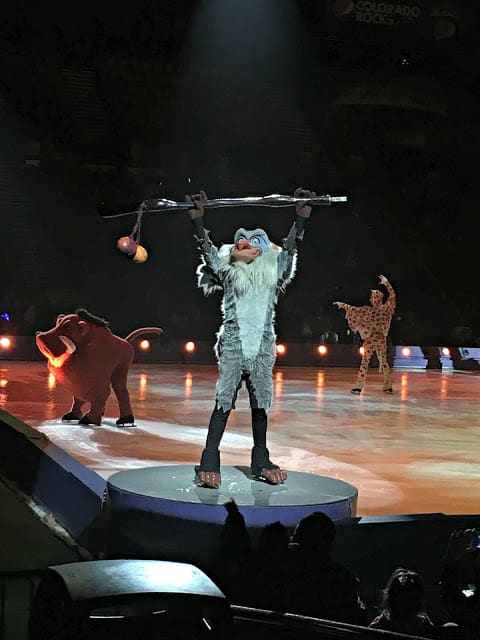 Our seats were great and surprisingly the show was not well attended the evening we went.  It was the first time I had been to a Disney On Ice show where is was not heavily attended.  Honestly though, not fighting the crowds for bathroom breaks and food, having elbow room around us and the ease of parking was really a wonderful thing to relish in. 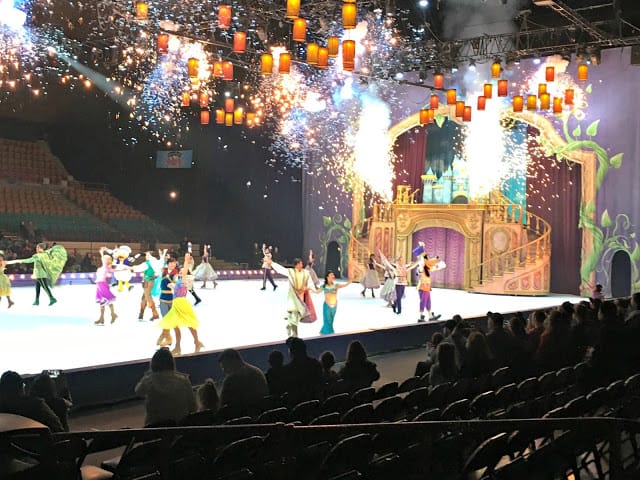 Disney on Ice is not without is show stopping grand finale.  All the princesses and main characters joined in for a wonderful dance number complete with fireworks and a sing a long!  I know I was singing along and enjoying the heck out of the evening. 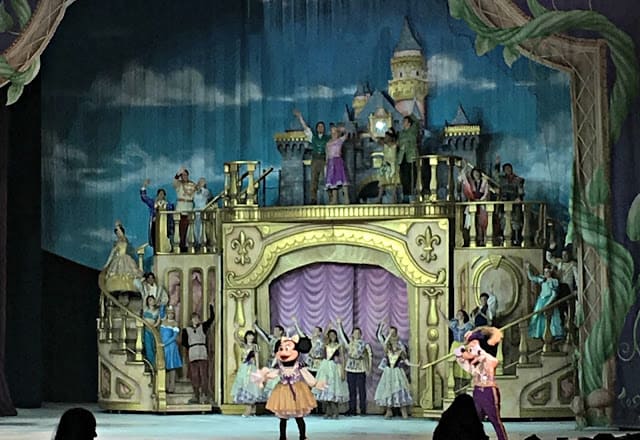 To close the show, Mickey and Minnie bid adieux to the roar of the crowd.  It may not have been heavily attended but the crowd really enjoyed the performance.

I love the fact that we can bring the magic of Disney right in front of our faces here in Denver.  My daughter keeps thinking that she went to Disneyland, which works for me!  I am so glad to be passing this tradition onto my children and sharing it with the ones I love.  I am already eagerly waiting for December for our next Disney on Ice extravaganza!