In true 2016 form, our families 2nd favorite holiday was completely a mess.  Last Wednesday, I got the infamous school call that my little guy had vomited a couple times at school and it was all downhill from there. 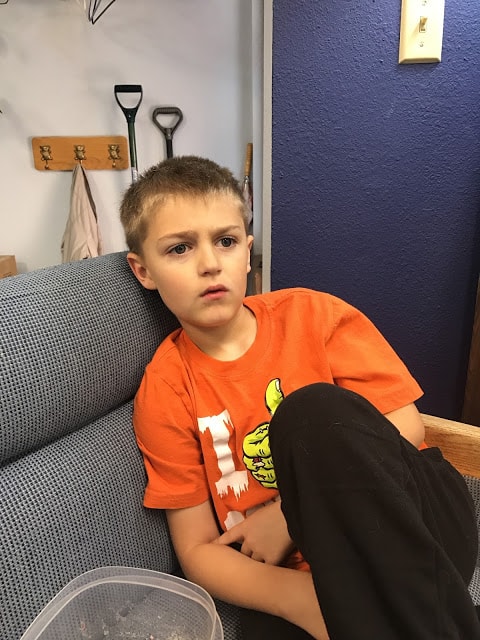 What I brushed off as the flu virus, ended up being Strep.  Unfortunately my kiddo does not get the typical strep throat symptoms and had on again, off again vomit episodes.  Sunday into Monday night was the worst and lead us to take a trip to the doctors.  I just assumed that he needed some anti nausea meds.  A throat culture later, we found out that instead of the awful sore throat that most get, he gets vomiting and headaches.  It was not a great way to start the Halloween festivities.  Especially because we missed his class party and field trip. 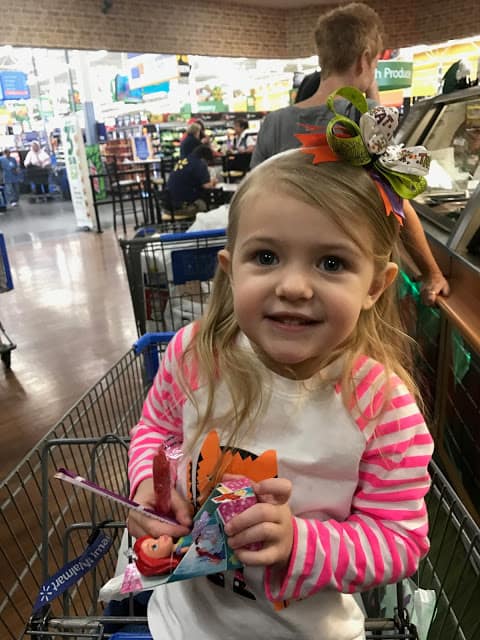 We are in between insurances right now, for a long drawn out stupid reason.  So we purchased a temporary insurance plan for all of 20 days between the end of our last insurance and the start of our new insurance.  Of course in those 20 days we have had two different trips to the doctors and in that time we found out that the insurance that we did purchase does not have a prescription plan.  So instead of a pretty easy trip to the doctor and then a trip to the pharmacy, I spent a good majority of yesterday going to various Walmarts getting the prescriptions filled.  Why you ask?  Oh because one Walmart only had the anti nausea meds, the other only had 1/2 the antibiotic and the last had the other 1/2.  It was awesome.  However, the cutie pie above did enjoy doing some errands just her and I, while her daddy and brother napped all day. 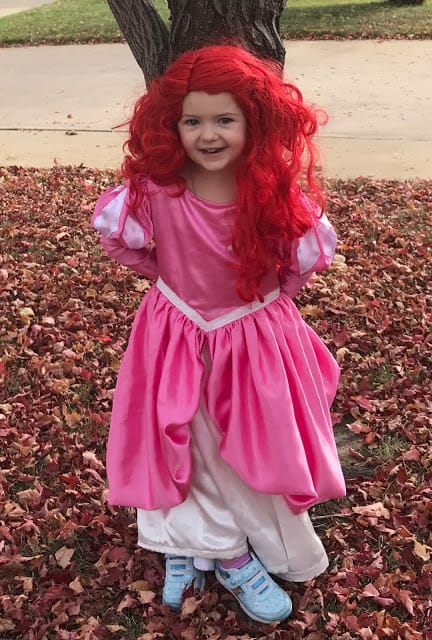 We made it home in time to throw dinner in the pressure cooker, start the dishwasher and pick up the house a bit before changing into our costumes and making an attempt at trick or treating.  Our littlest was Princess Ariel in the pink dress.  I purchased a couple different patterns to make this costume, and before I even had a chance to start on the costume, my mother was already 2/3 of the way done making it.  She loves sewing and honestly it was nice for me to not have to worry too much about costumes.  I snagged a little Disney wig and that was that. 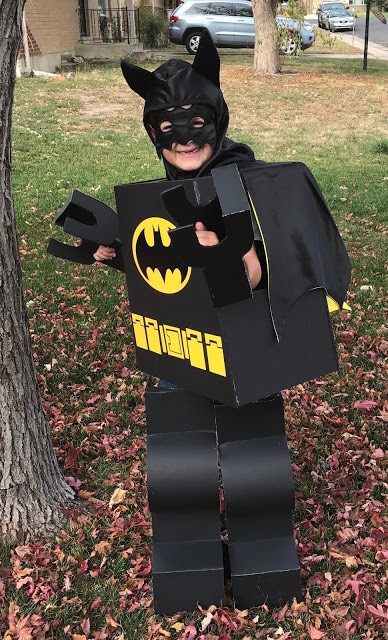 My husband and I put together this Lego Batman costume in about 2 hours last Sunday and our little guy was elated.  We used the pattern that we found here and then the awesome accessories from my friends at Great Pretenders and it was going to be epic.  For the first time in a long time, the Halloween costumes were both awesome and easy and I was pretty relieved.  Our little guy was so excited, but then the sickness hit and it went south from there. 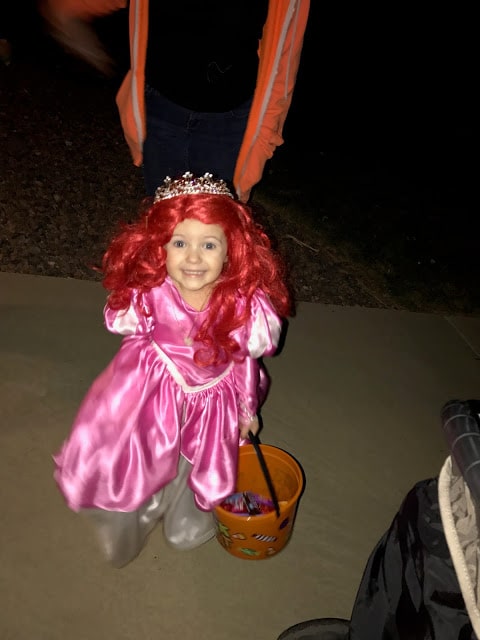 Our plans for Halloween are typically that we do the school party thing, then we go to our awesome babysitters to trick or treat, then we make the 1 hour drive north to meet the rest of our family for a wonderful night of trick or treating and end it with a fun time of Chuck E Cheeses, driving home late and exhausted on a sugar high.  However, after the Strep diagnosis earlier in the day, we decided to not infect the rest of our family and instead stayed home.  I threw together a little costume for my nephew making him Ariels sidekick, “Flounder” and we dressed the kids up.  The boy decided that all he felt like wearing was the main Lego box and his sweats.  The princess was in full costume and our little flounder was pretty happy too. 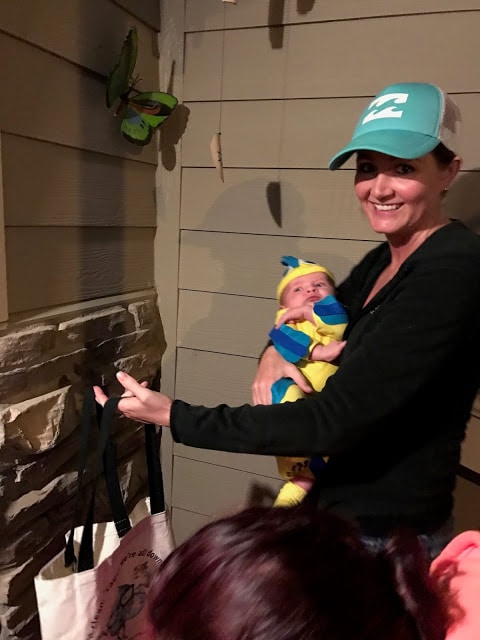 Lego Batman made it about 10 houses before he was down and out for the count, however, Ariel and flounder trick or treated their little hearts out and what was honestly a pretty bummer Halloween, ended ok.  I was thankful that my sister and parents came over to celebrate our 2nd favorite holiday and that the weather was amazing.  It was nice having help and although my kids were very sad to not be with the rest of the family, it was better for everyone to not spread the sickness around.
How was your Halloween?