Today, at 10:48 AM to be exact, my little boy turns 7 years old.  I look back on these past 7 years and I feel so many emotions. Like every parent says, it just flies by.  We began the celebrations a bit early on Saturday, when my dad called to see if we could do a little early birthday gift.  We all came over and the boy opened the BB Gun that he had been wanting for years. 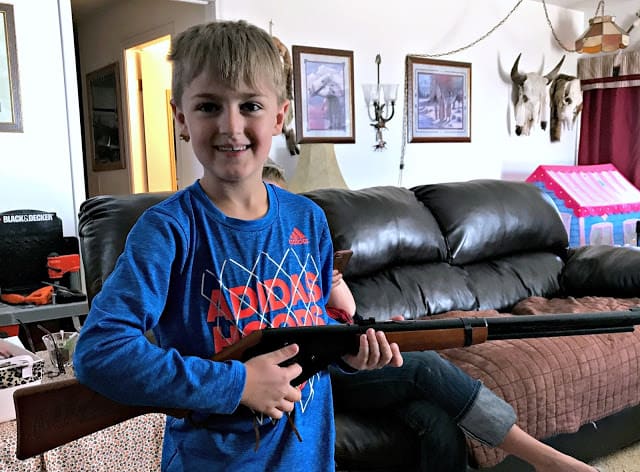 My sister and I grew up around guns, and gun safety is HUGE to my family.  So my dad had an entire plan to prepare our little guy to shoot his first real gun.  It took nearly 2 hours of prepping, but I am incredibly thankful that I have a father that is so intent on ensuring that everyone understands how important gun safety is and how to properly handle a gun. 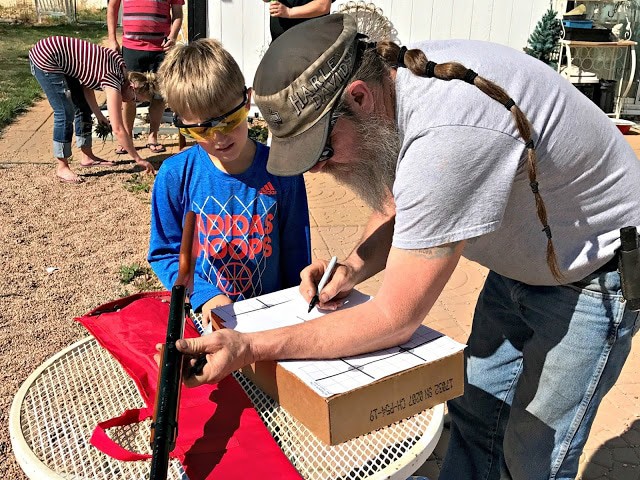 They started by learning about the parts of the gun, where the safety is located, how to hold the gun properly, etc.  I was so proud of our guy for being so attentive and focused.  Not once did he look bored or unfocused.  He listed to every word that my dad told him and soaked it all in. 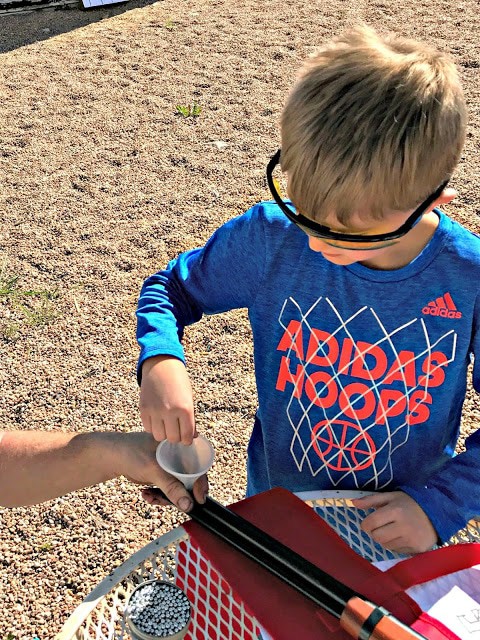 After the gun safety lesson, my dad showed our guy how to load the BB’s and prep the gun for shooting. 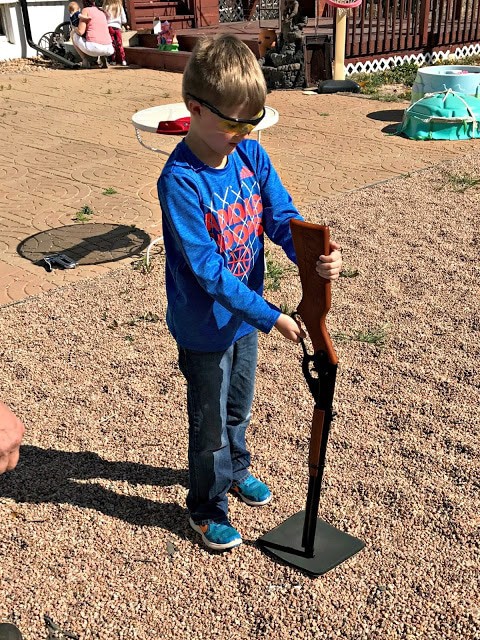 Prior to loading the gun, they worked on cocking the gun, and holding it correctly and shooting while turning on and off the safety.  By the time our kiddo stepped up to take his first real shot, he had been through 20 rounds of practicing without messing up a step. 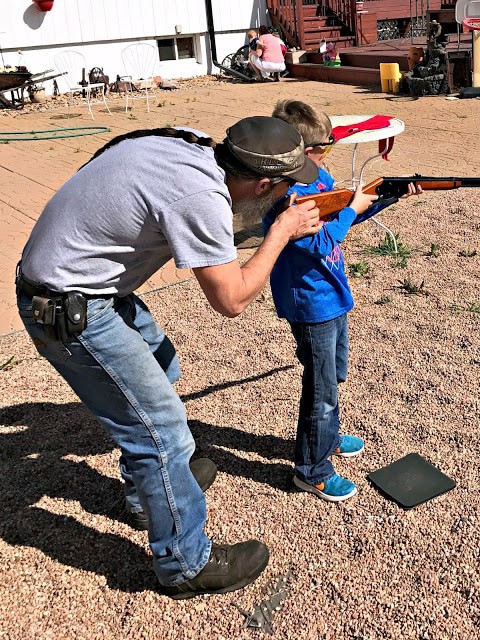 His first shot was very exciting for everyone.  We all stood behind him, my dad helped him aim and he took the shot! 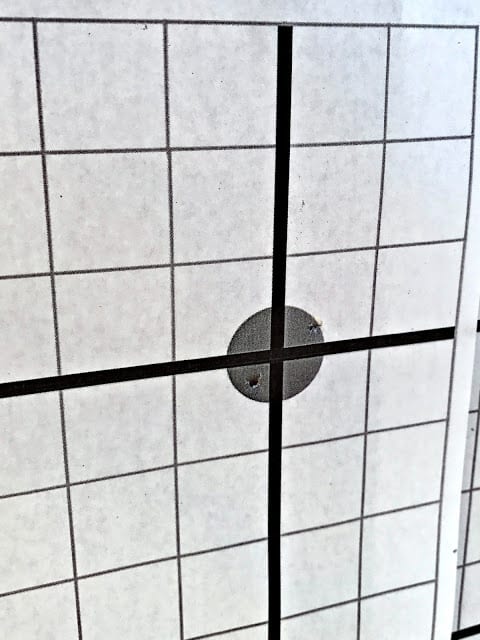 Would you believe that he hit the bullseye.  Seriously!  We were so proud.  We spent a good portion of our afternoon shooting and enjoying time outside in the beautiful weather as a family.  When we were done, they gun was unloaded, and our guy learned how to put his gun in its case and then it was put into my dads gun safe.
I know guns are a touchy subject for some and for others they are no big deal.  We waited until his 7th birthday to start with a BB gun.  He will take a hunters safety course before any other guns are put in his hands, and spend a lot of time on the range.  No guns in our house or my parents are accessible to children and all are locked up in our gun safe.
We have a very happy and excited boy and the festivities are just beginning.  Today I am taking cupcakes to his classroom and then this evening we are having dinner and cake.  Then this weekend is his big Lego Batman party!  We are so excited and thankful for this little guy and excited to see what year number 7 brings.
Happy Birthday Buddy!