Last week we had the awesome privilege to screen Pete’s Dragon and I have nothing but amazing things to say about this movie! 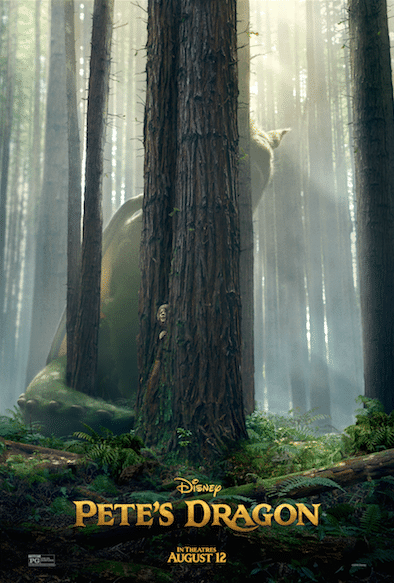 My mom, the kids and I took off to the movie screening and we were very excited.  My kids and mom had not watched the original Pete’s Dragon so they were completely fresh to the storyline.  The movie opened with a bit of a sad scene, but you could still feel the Disney magic in the air. 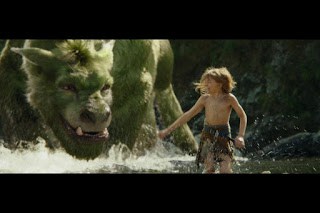 Soon enough, Elliot and Pete united and a fantastic friendship was formed.  The digital animation of Elliot was fantastic.  Disney did a wonderful job creating a friendly but protective dragon and so much of the special effects were amazing. 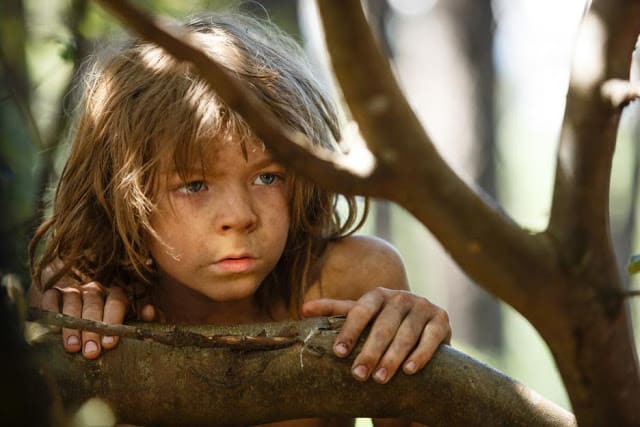 The movie is set in a old growth forest and has a dark feel to it.  It is not really ominous, it is just literally dark because of the setting.  Pete is an orphaned boy who is taken under Elliot’s wing and the friendship that forms makes us all wish we had our own Elliot. 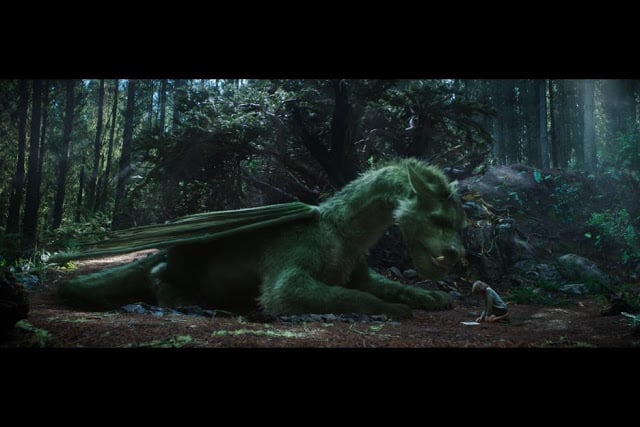 Elliot is the star of the film and although he is a large green dragon that appears scary, his personality is huge and he is quickly your favorite character.  You love his silly side, his playful side, his protective side and his heart. 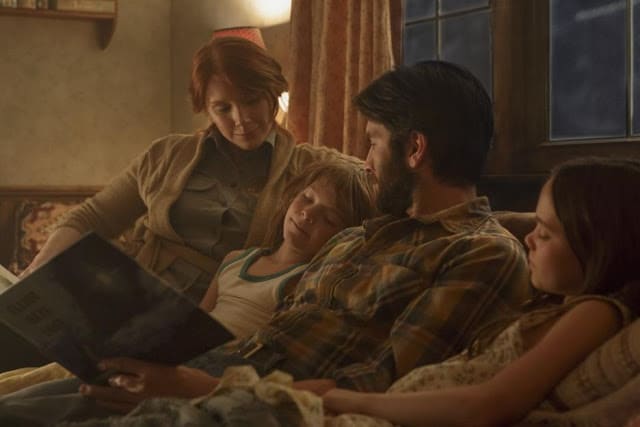 Pete is a curious kid, who you just want to hug, but at the same time you are so impressed with his imagination, his curiosity and his innovation. 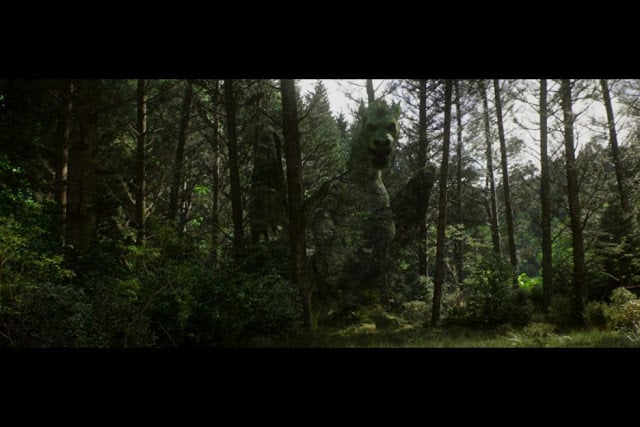 We really enjoyed Pete’s Dragon and had a nice time.  I will say that I do not think that this movie is for little kids.  There are a couple scenes that are a little action packed and can be construed as scary and sad for little kids.  Our 3 year old did just fine, but my mom and our son were visibly upset, although everything ended wonderfully.
Pete’s Dragon is in theaters now and the reviews from everyone are fantastic!  Make sure to get to a theater ASAP!