0 shares
Disclosure: I am part of a promotional program with MomSelect.  I was provided with party materials for free, in exchange for an honest review.  All ideas and opinions are my own.

This past weekend was fun!  Not only did we have a great time at a birthday party, then the lake and my sisters amazing baby shower, but we also got to have a little party to check out a great app for our Apple devices! 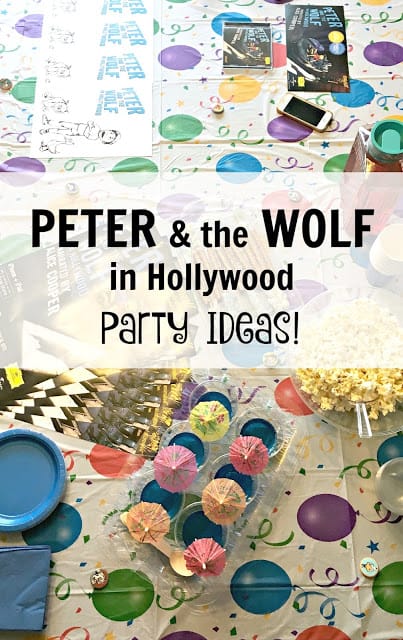 We invited a couple friends over to share in a little play date to take a peek at the Peter and the Wolf in Hollywood App and enjoy a music filled memorable day.  I created a quick little invite using the HP Photo Creations app and delivered them to our small neighborhood party.  It was nice to keep it small and have a few little activities that everyone could sit around the table and enjoy.  We did this after lunch and nap time which was also perfect! 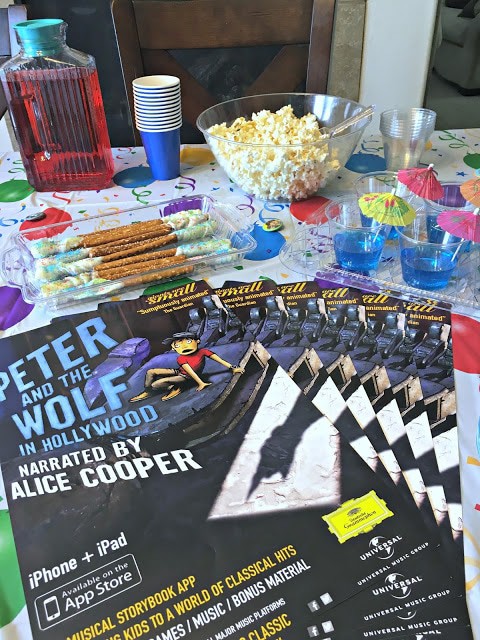 The table set up was awesome.  There were Peter and the Wolf in Hollywood movie posters for each kid to take home, sweet and salty treats and a coloring book and technology station. 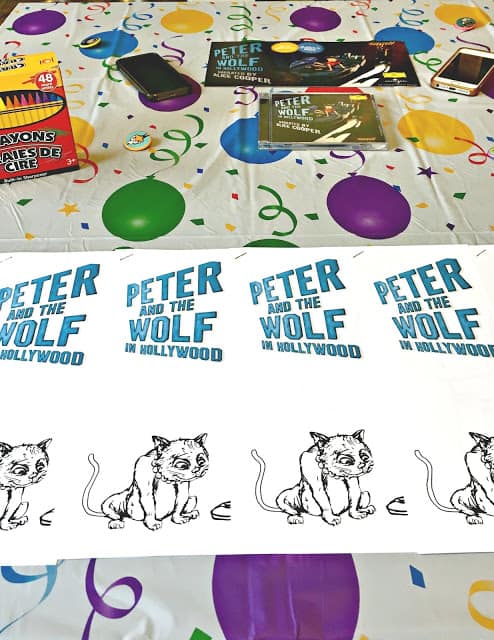 For food we had Jell-O pools, which were simple to make.  Simply prepare blue Jell-O as directed on the box and pour into clear cups, let sit in fridge and then when set, add little paper umbrellas to the Jell-O!  These were a huge hit with the little kids at the party! 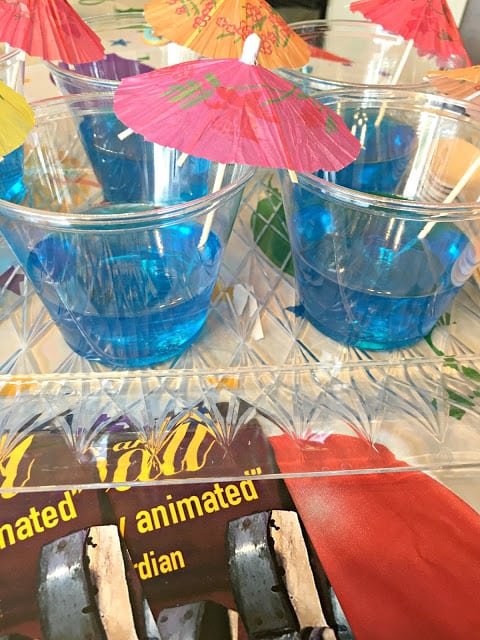 Another sweet and salty treat were these pretzel flutes.  These are just basic chocolate covered pretzels with sugar sprinkles on them.  I tried to make some look like flutes, because the entire Peter and the Wolf In Hollywood app is musically based and wonderful, however, I failed miserably, so I punted with these.  They still turned out fantastic and the kids (and adults) gobbled them up! 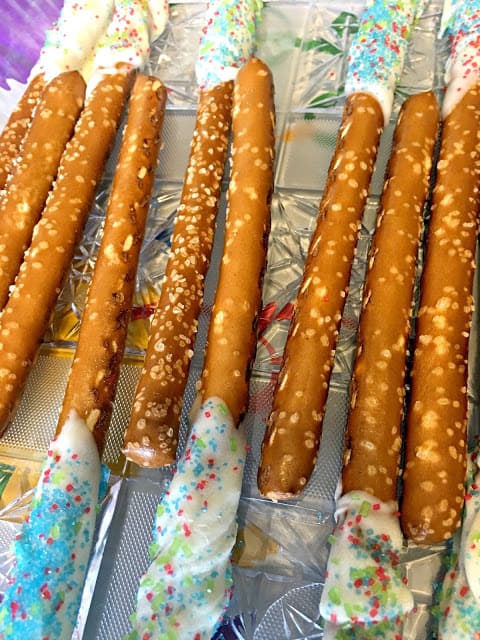 For the party fun we had a little coloring station set up.  Each kid received a little Peter and the Wolf in Hollywood coloring packet and they just shared a box of crayons. 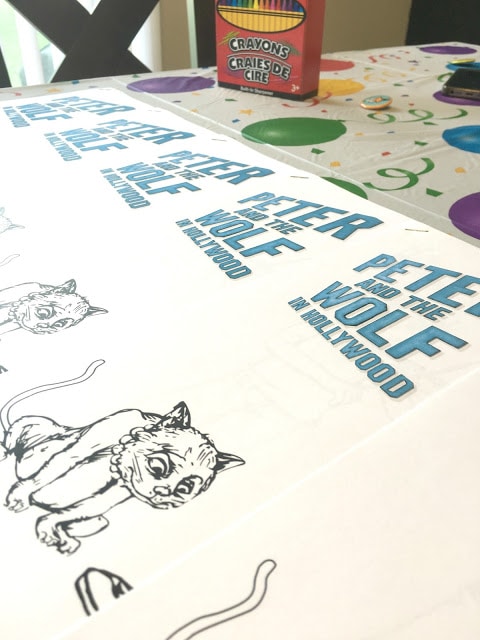 Our kids loved the coloring portion of the party.  I am laughing as I type this because my kids intent faces.  They were so serious! 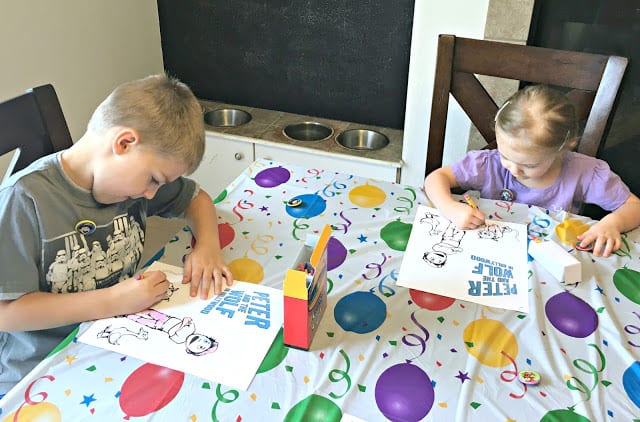 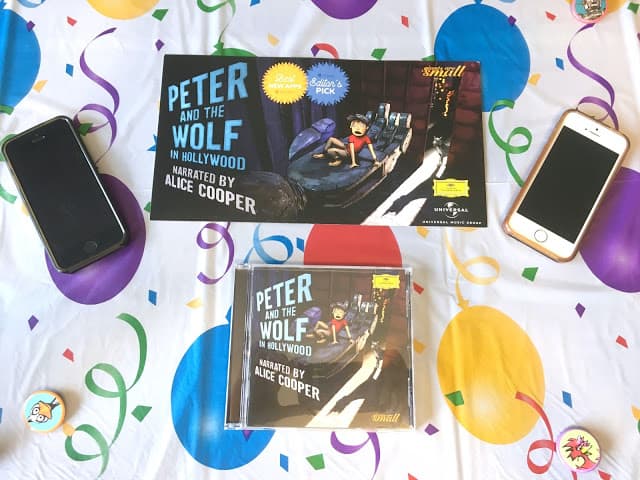 After the coloring and snacks were done, we gave each kid an iPhone or and iPad.  In our house we keep our old phones and just use them for our kids, we also have iPad’s for each kid too.  I use them to practice reading and writing, but also for some fun and games too!  We have set up family sharing on all our devices.  So if you download the app on one device, it is available for download on all of our family devices!  The Peter and the Wolf in Hollywood App is $4.99 in the iTunes store and to add that to 6 devices for one low price was pretty awesome! 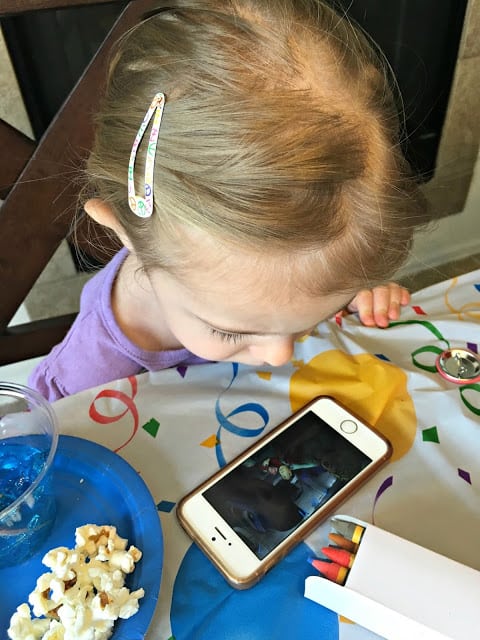 This application was a HUGE hit, especially in our household.  So much so that we had to put a limit on time because the kids were enamored with the illustrations, the music and the story.  My son who was using one of the iPads was enjoying all the fun games that he could play.  Our littlest was just laughing at the hippie grandpa a lot. 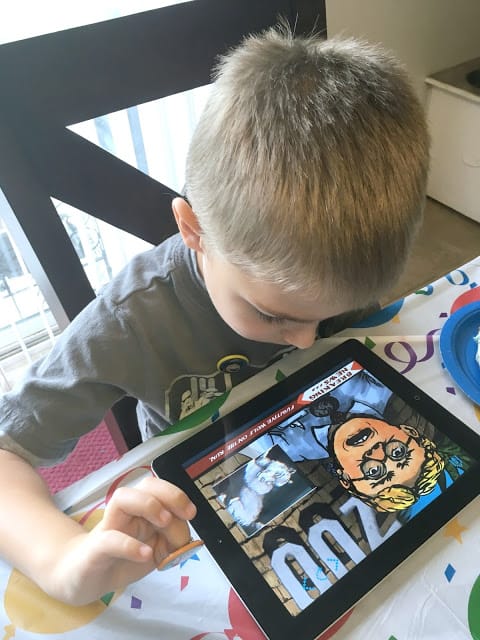 When the party ended, our little partygoers were sad to leave, but we sent everyone off with a couple Peter and the Wolf collectable pins, a balloon as well as their own movie poster and the coloring packet they worked on earlier! 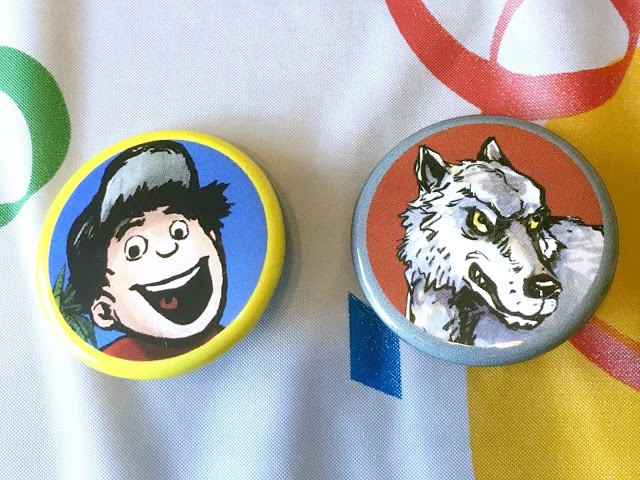 This app was awesome, the classical music was fun.  I loved the story and so did the partygoers! Please make sure to check out Peter and the Wolf in Hollywood on Facebook and Twitter.
Tell me, have you downloaded this application yet?  Thoughts?