For the past 3 years my husband has asked to go to a Denver Nuggets game.  Finally Sunday night we were able to fulfill his wish and have a blast together.  Much needed! 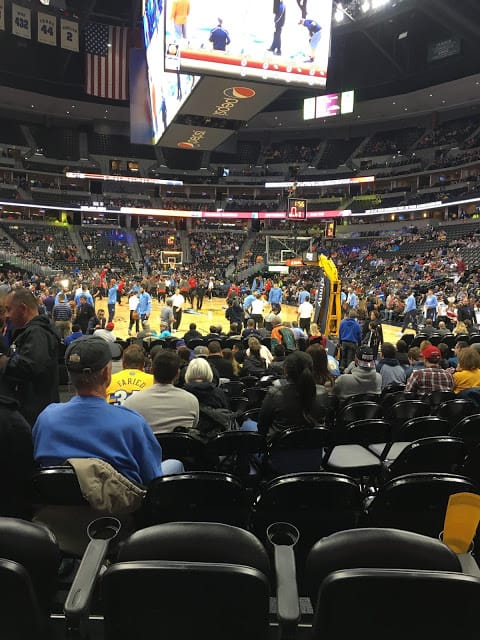 It took 3 years because I suck.  The first year I ignored his request because well I suck.  The next year I wrote him and IOU because his schedule was impossible.  Last year, my sister did a similar thing but again our schedules just did not mesh.  So finally, I just broke down and found one game that worked for both our scheduled and bought the tickets.  I didn’t care if it cost an arm and a leg, the poor guy had been waiting to go to his first NBA game his entire life. 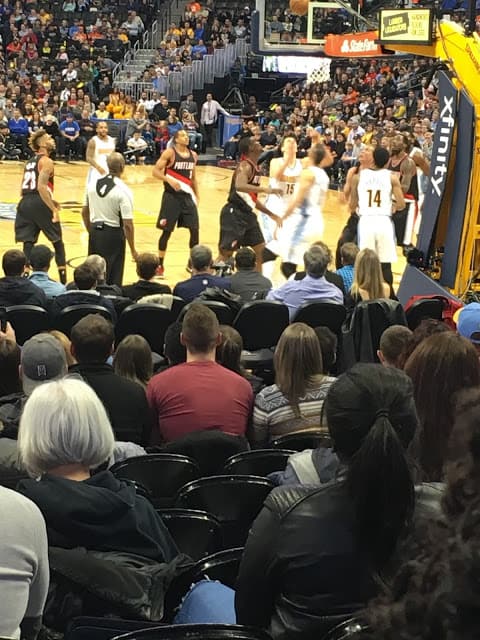 For $55.00 a seat I was very happy with our view.  It was really fun and although it was pretty empty, we actually really enjoyed the extra space and had a really fun group of folks around us.  The kicker of the night was when the Nuggets scored a 3-point shot and the fan engagement crew started chucking t-shirts into the crowd.  My husband totally snagged a t-shirt! 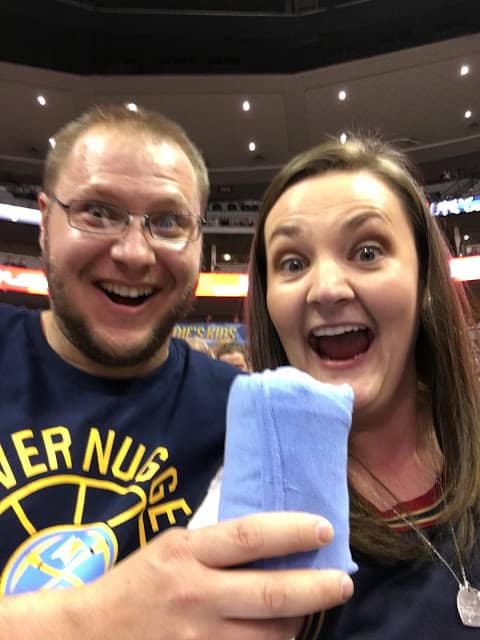 We were super duper excited.  I had purchased my husband his own Nuggets gear to wear to the game and I was rocking a Rodney Rogers jersey from 1994 that I found in the back of my husbands closet.  My husband checked the size and it was just mine, so you bet your booty I put that on! 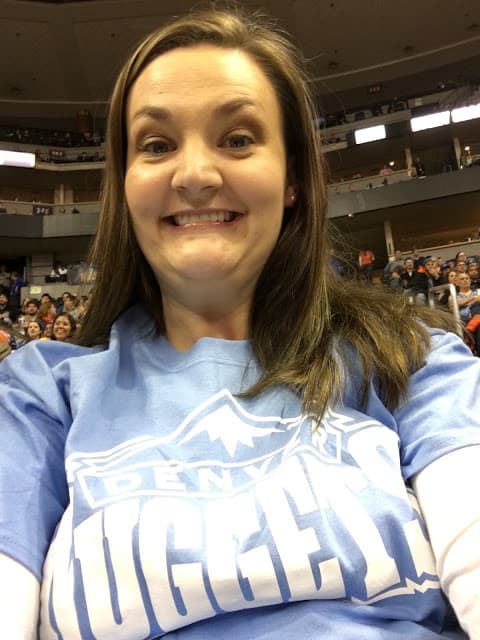 We laughed and had a great time watching the entertainment, the game and just enjoying some time with each other.  It was a beautiful night and just what our relationship needed to ground us before chaos starts back up. 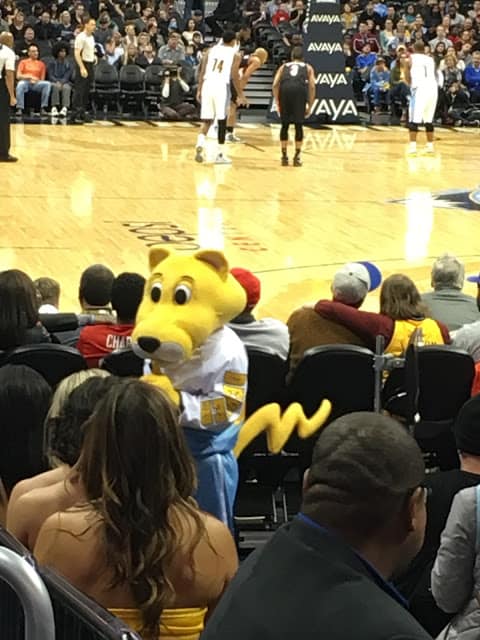 The one thing that I was hoping to get was a photo with Rocky, but unfortunately this is as close as I could get.  Maybe next time…and you bet there will be a next time!  We had a blast and are talking about taking the kids.  Date nights are so needed and after a long break with the kids and busy holiday weeks it was a nice change of pace.  Hope your week is off to a good start.