Cirque Du Soleil presents Corteo in an intimate and incredible show. They recently stopped in Denver and we attended and walked away in amazement. Check out why you need to see the Magic of Corteo.

Disclosure: I am partnering with Cirque Du Soleil.  All opinions are my own. 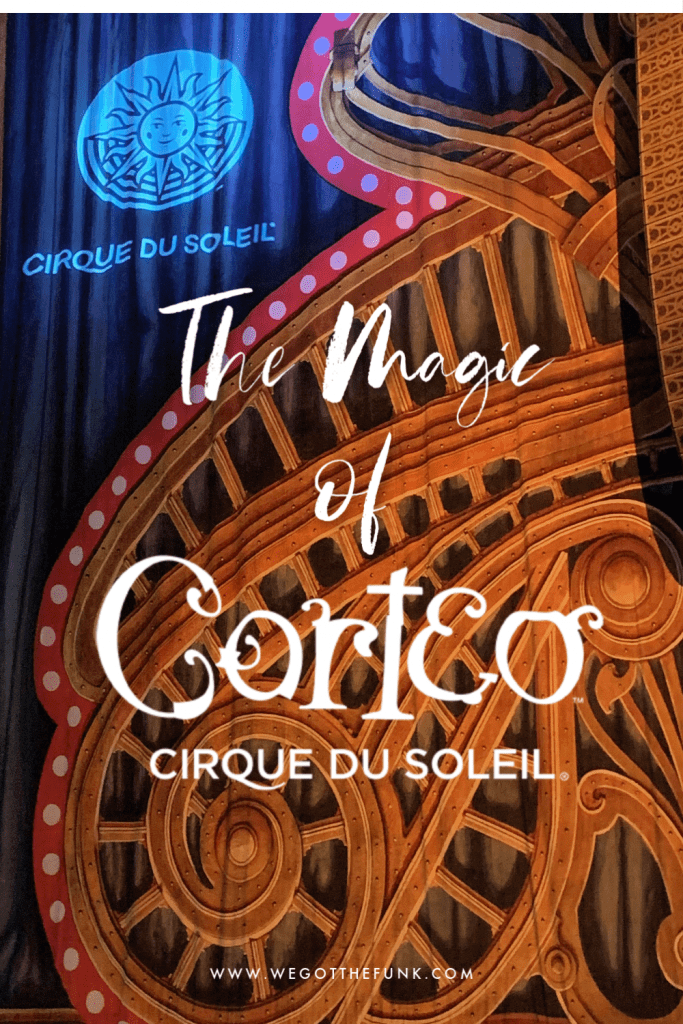 Corteo is an Italian word that means cortege.  To save you time, the dictionary defines cortege as, “a solemn procession, especially for a funeral”.  There was nothing solemn about Corteo though.  Corteo is presented by Cirque Du Soleil and is a magical experience of acrobatics and acting, chronicling, one clowns funeral in a funny, awe-inspiring carnival atmosphere.

Corteo features beautiful live music, great acting, humor and stunning acrobatics in an intimate setting that had the entire crowd completely drawn in and excited.  The show will have you on the edge of your seat and laughing those deep belly laughs!

I was a bit apprehensive to bring our kids to such a late showing of Cirque Du Soleil and one about a funeral nonetheless.  I knew that they would be enthralled in acrobatics of the show, but I was not sure how they would do with the entire storyline.  Well, I seriously had nothing to worry about, because from beginning to end, the kids were there for it! 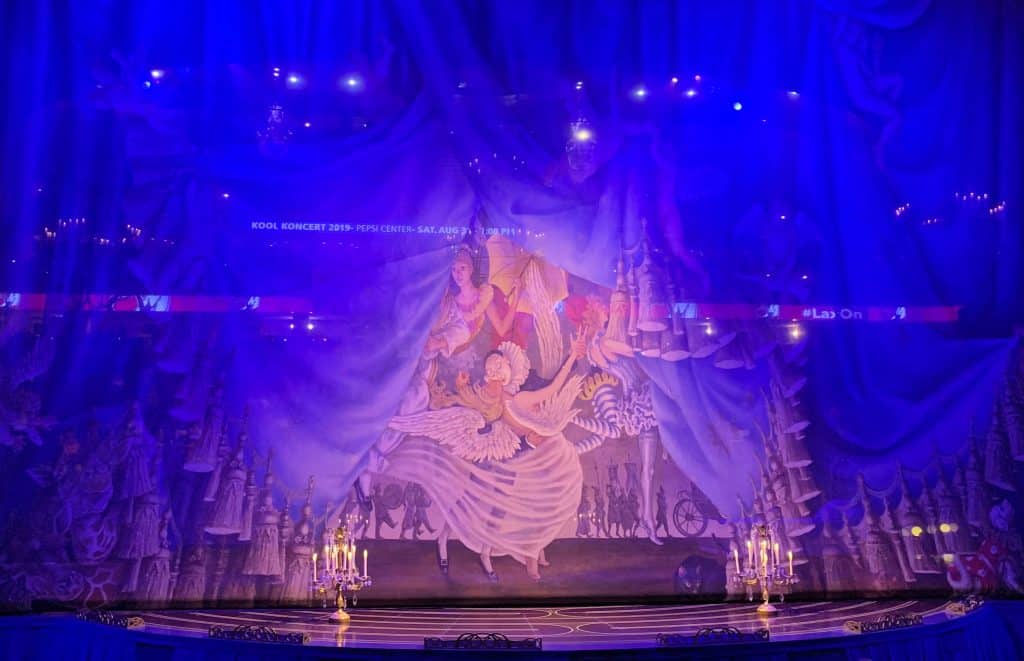 Walking into the Pepsi Center (which is a HUGE venue) and seeing how the set designers created such an intimate space was amazing.  From chandeliers hanging from the ceiling to the incredible curtains that separated both sides of the audience.  To the live band area and the candelabras on the stage. It was perfect. 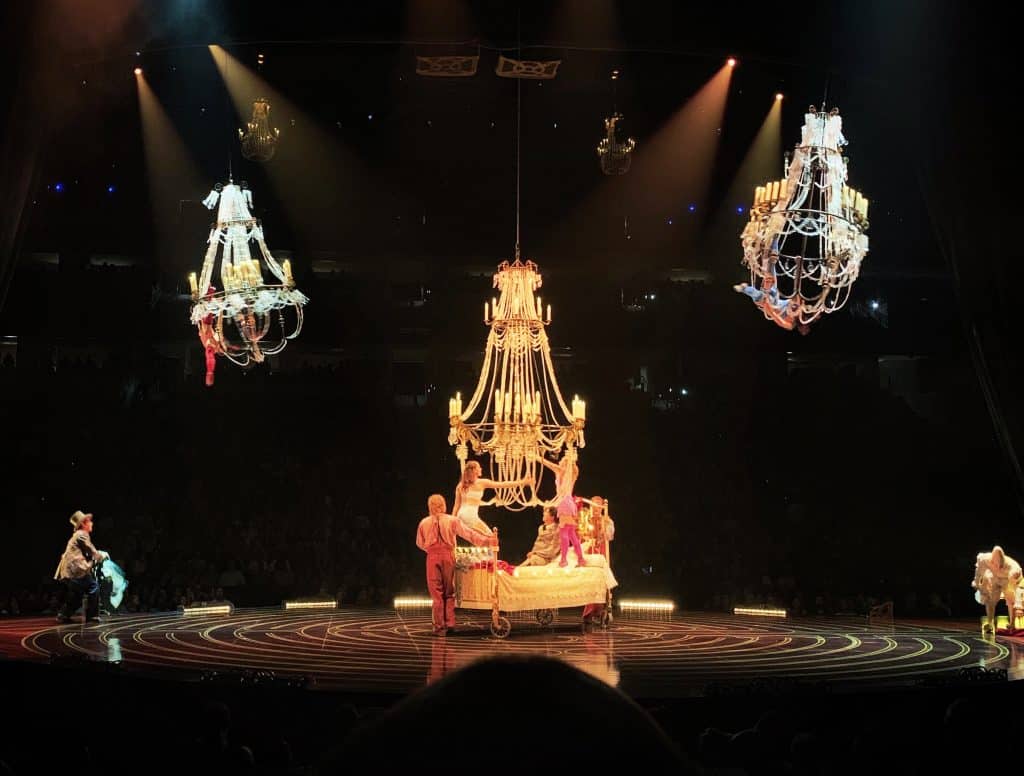 The show opens with the clown, Mauro, announcing his funeral procession.  From there, the show explodes in excitement and the beauty and magic of Corteo takes off.  From stunning aerial work on chandeliers, to hysterical pillow fights and acrobatics on bed frames,  the show was non-stop and amazing throughout.

We had a great time and our kids were so excited throughout.  They kept saying how cool everything was and I swear every single time I took my eyes off the stage to catch a glimpse of their faces, all I saw was wide-eyed, mouth opened, happiness!  It was everything and it was magical.

Corteo still has several shows left in Denver and you can still get tickets to see this amazing performance.  Kids will absolutely love it and the tickets range in price from $39.00-$115!  Grab your tickets here. 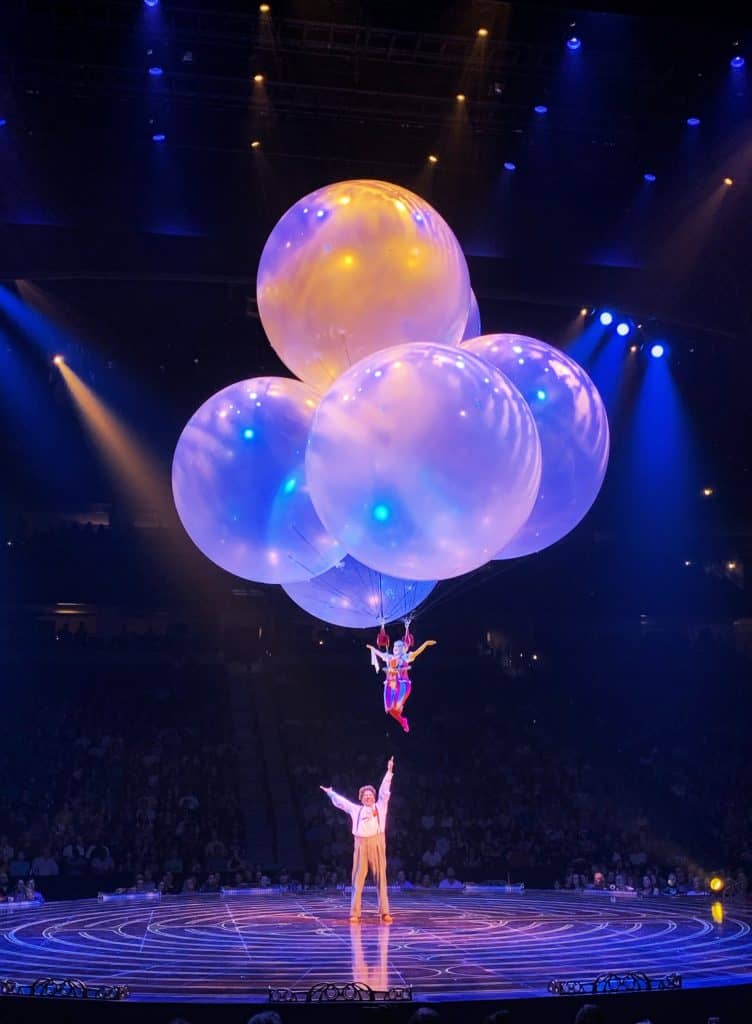 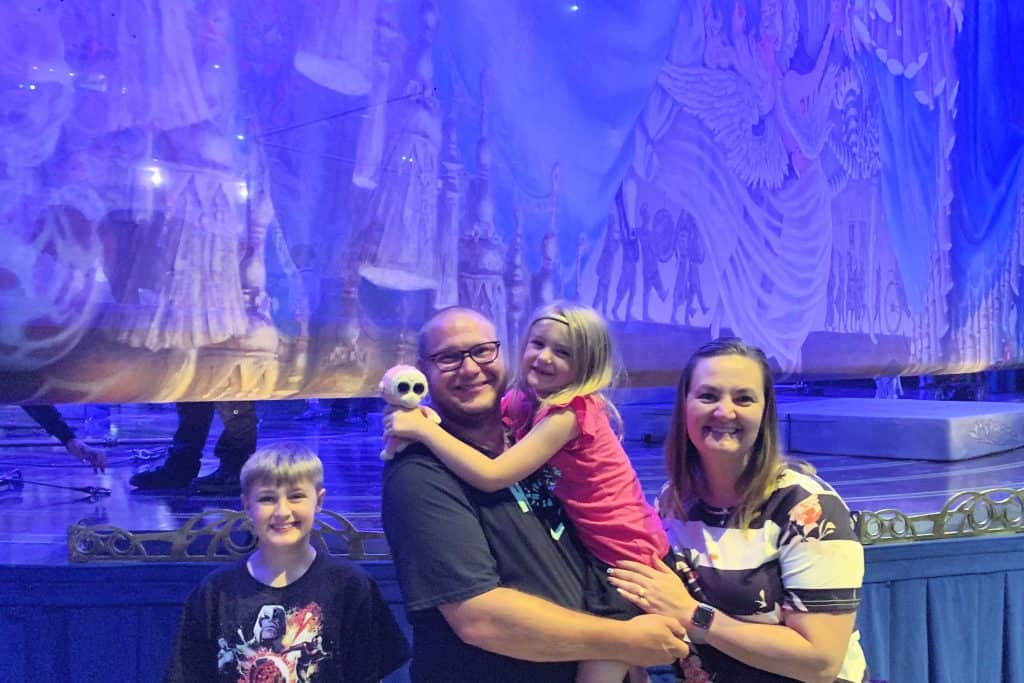 Get those tickets now and see the magic of Corteo!