Friday was THE BEST!  My Frozen loving daughter and Frozen tolerating son were treated to a wonderful day of Disney on Ice.  I took the day off from work, and along with my husband, sister and mom we shuffled the kids to a day of magic with some of our favorite characters. 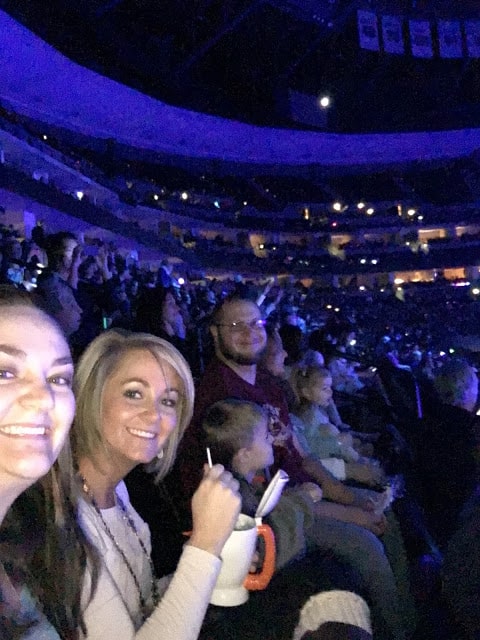 The lighting was terrible for my selfie camera lol but you can see that we piled right in.  Our seats were pretty good.  We were about 11 rows from the ice and on the side which  actually worked out great because we had easy access in and out of the rows for bathroom breaks and snacks. 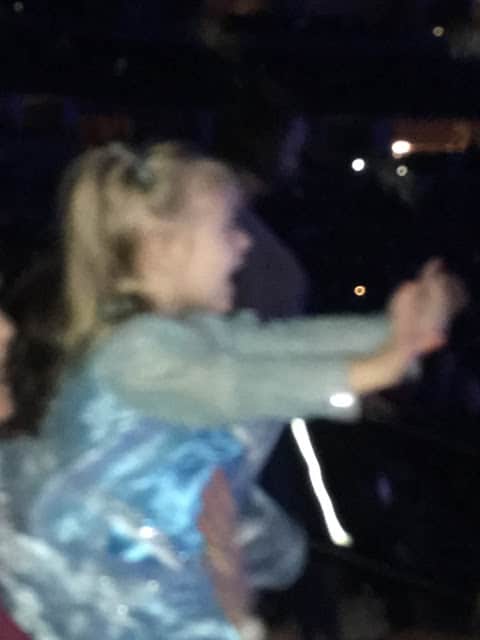 I am so upset that this photo did not turn out well.  I think I was so excited and she was so excited that well, this was the result.  The minute my little Elsa saw her “friends” she was screaming and jumping up and down and waving with both hands.  It was the most adorable thing and everyone around us was laughing at her excitement. 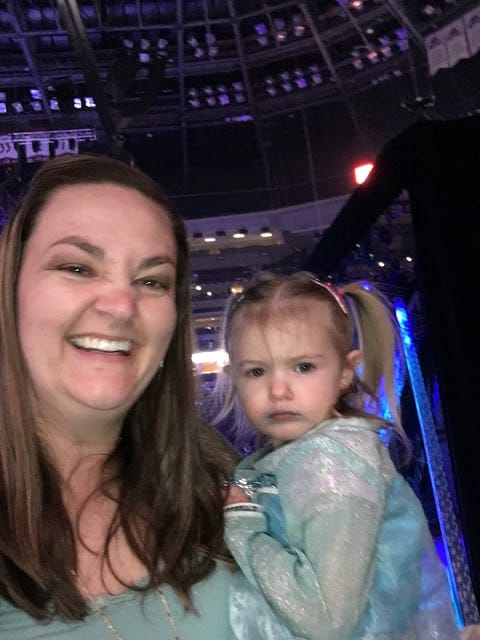 I mean you can clearly see her excitement here during intermission.  She obviously was upset that her friends had to take a break.  That blue snow cone was not enough to quell this sad little Elsa.  As soon as the show started she was back to being crazy and happy 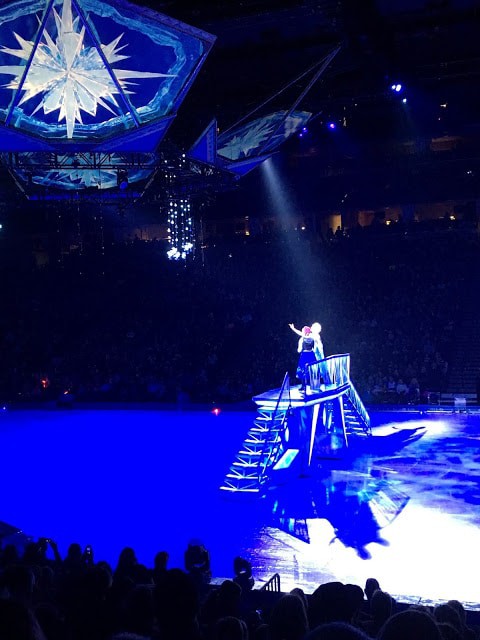 The show overall was great.  Something most people do not know about me is that since I was little we have almost never missed an Ice Capades or Disney on Ice.  My late grandmother used to take us every single year at the holidays and then we would take her during the spring show.  It still is one of my favorite things.  If I had to rate this show I would say it was great comparatively but I still think that Toy Story, The Little Mermaid and Pocahontas were better. 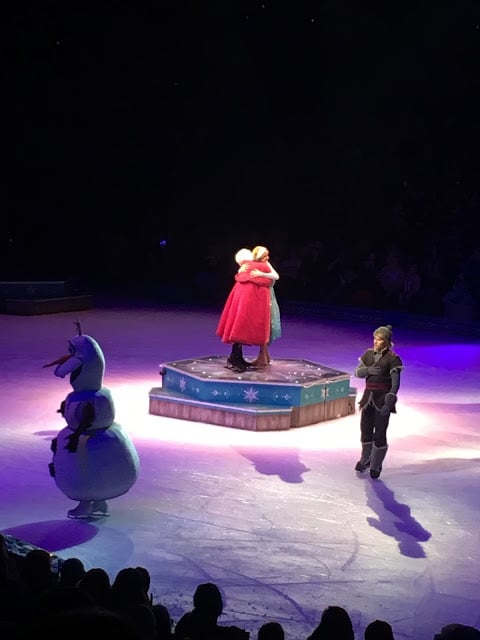 This show had some great effects with fireworks, snow and video as well as robotic aspects.  The ice monster was a complete hit with us.  The skaters were all pretty good.  Kristoff was an exceptional skater and did some pretty cool “tricks” 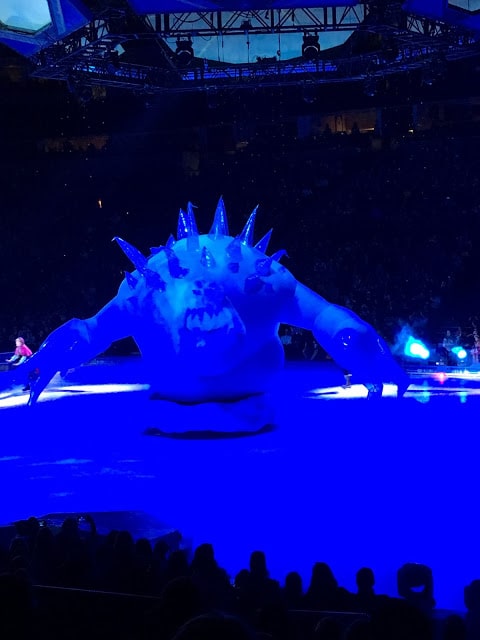 We really did have a splendid time.  The ticket prices were pretty good ($35.00/seat), the food was not outrageous and the souvenir cups were exactly what we were hoping for.  I have cups from every show we have ever attended. 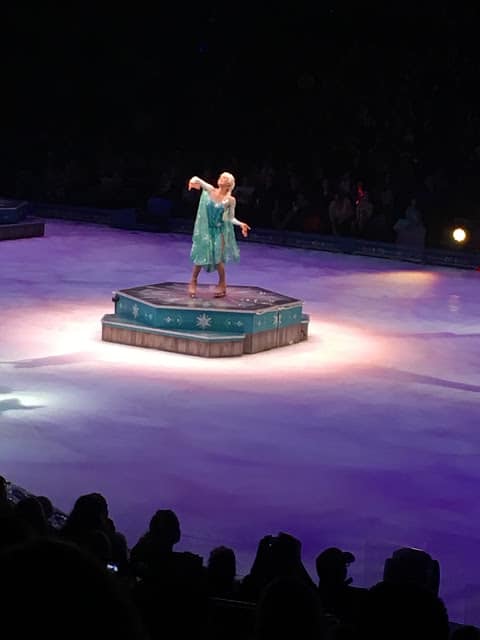 So have you attended any Disney On Ice shows?  Which was your favorite?

Disney On Ice presents Frozen was Even BETTER the Second Time! - We Got The Funk

[…] and engaging night out, taking in Disney On Ice’s presentation of Frozen.  It has been 3 years since we first saw this awesome show and it was just as incredible and fun as I remembered.  Take […]