This post is made possible with support from AARP’s Disrupt Aging. All opinions are my own.

When I turned 29, my body seemed to turn on me, but in reality I was just beginning the process of premature menopause. It wasn’t until I was 32 that I realized exactly what was going on.  Going through this at such a young age has brought a lot of questions and some outright rude comments, so today I am here to bust some myths about early menopause!

Growing up, my parents were always the young parents. My mom would tell me that I was planned, I just arrived a bit early.  She would also remind me that having kids younger in our family was good because we have a history of early menopause.  Now that is not to say that I got married and had kids quickly because of that fact, but I will say that when we got married, I wanted to start a family very quickly. 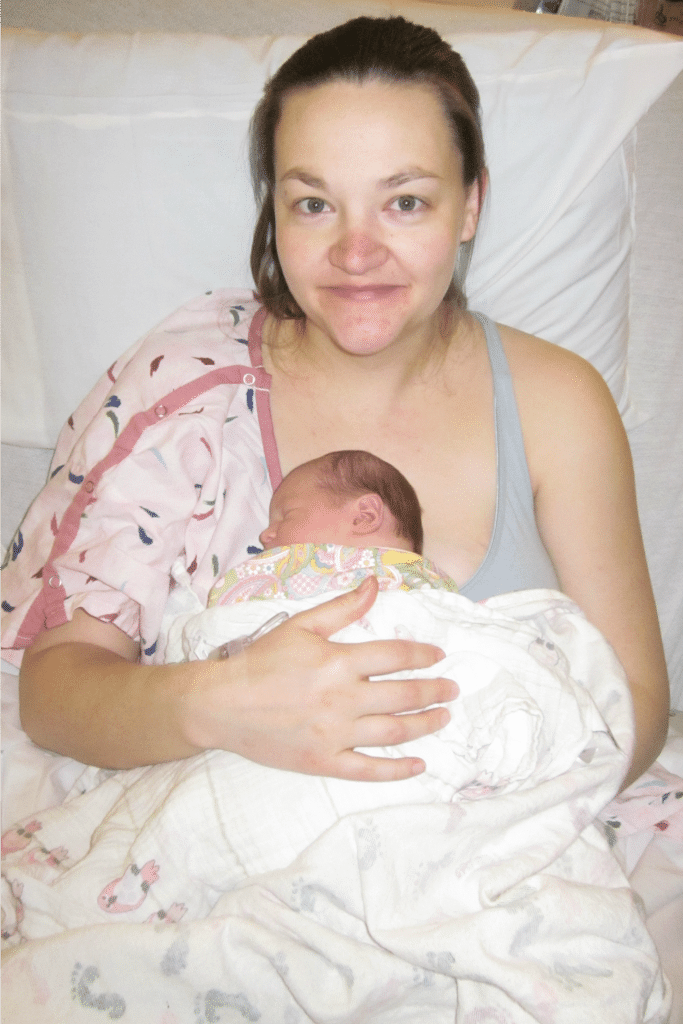 28 years old right after the birth of our second child.

After having our two kids, I started to notice that my periods were irregular and awful.  I was experiencing hot flashes that would almost make me pass out and throw up at the same time, and sleeping was becoming more of a chore because I could not find a temperature or a position that was comfortable. My skin was changing, my hair was changing, my moods were changing and something definitely was off.

I went to my OB and explained to her what was going on.  I told her about our family history with early menopause and was told that it is highly unlikely that I was actually going through that.  I was offered several birth control options to alleviate the period issues and sent on my merry way.  Needless to say, a year passed and I was back in her office with proof of my awful periods and she immediately ordered blood work.  Turns out, I was right and we needed a solution because losing blood in large amounts is apparently bad. Enter my hysterectomy. 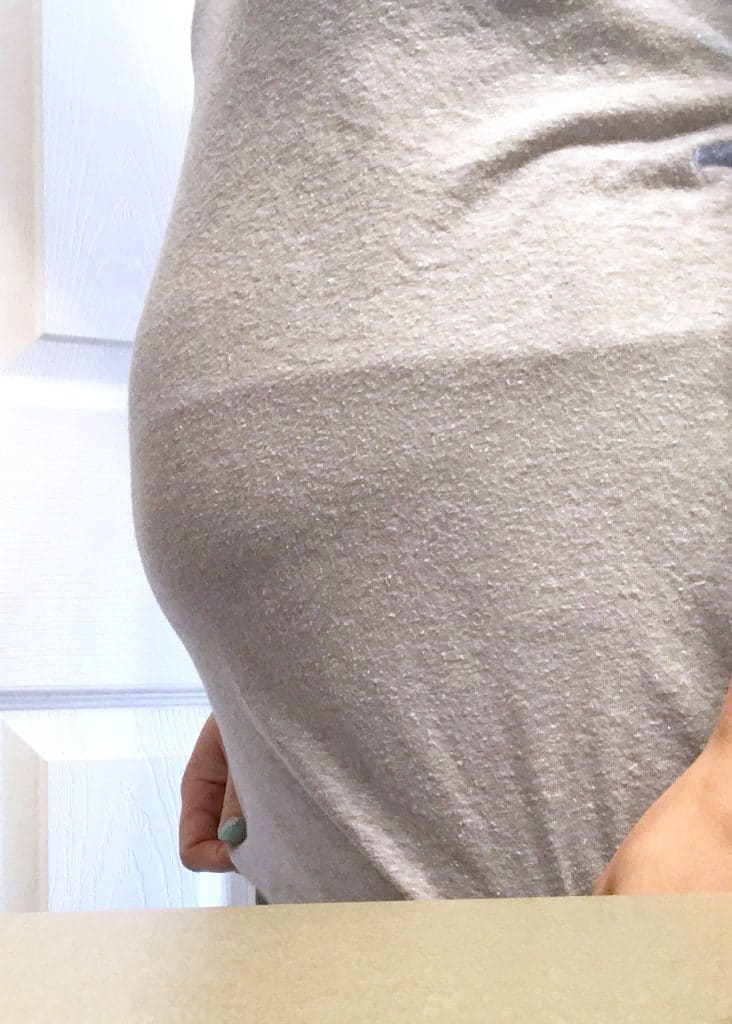 At almost 33, I had a partial hysterectomy, which means that they left my ovaries and took out everything else.  They leave the ovaries to help my body still go through menopause on its own timeline.  My timeline, however, is now and boy do I feel those effects.  As of late, I am really struggling with sleeping.  My rest is not quality and in addition, my cognitive skills are rough some times.  Simple words that I use all the time, do not seem to be a part of my vocabulary.  The hot flashes and night sweats can be intense too.  Mentioning any of that in the presence of a woman who is of a normal age to be going through menopause, nearly always gets me the, “you’re too young to be having any of that” statement and even some pretty rude looks. 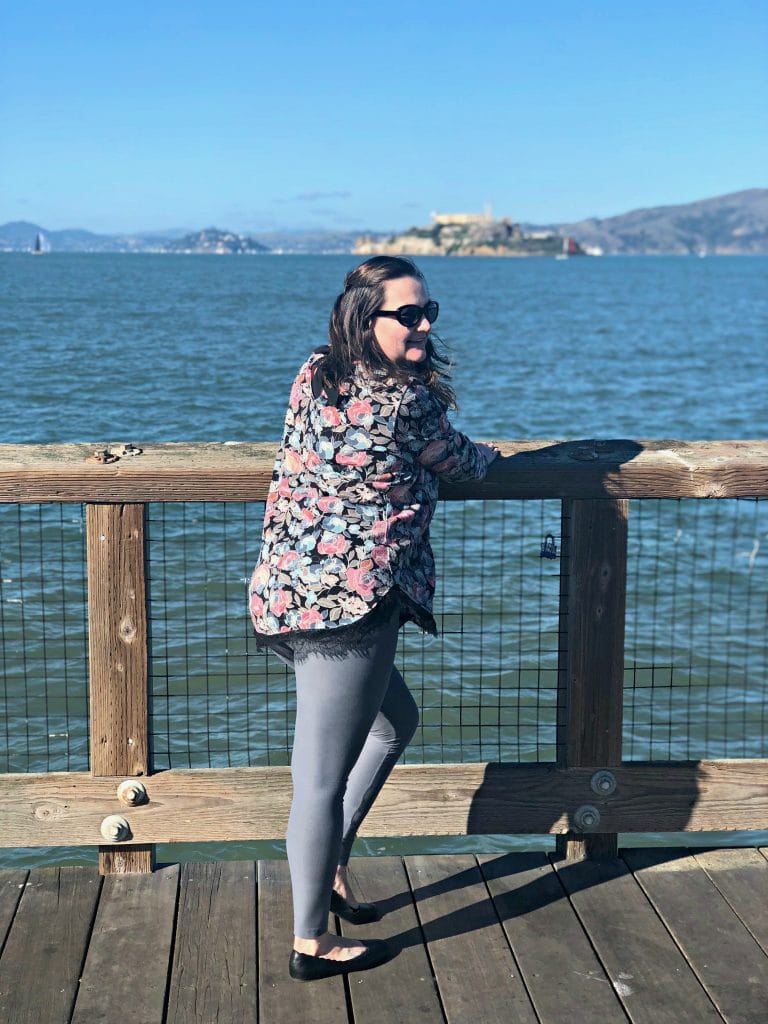 This brings me to those myths.  There is not a ton of information online about premature or early menopause from a first person perspective.  People just do not talk much about it.  What I read and hear most often has to do with my age and general questions about how it is affecting me.  I want to share answers to those questions here, so other women having similar experiences can see that what they are dealing with is normal. Time to bust some myths about early menopause!

No, no it does not.  There is not a single woman on Earth that can tell you that menopause starts exactly at 50 and lasts so many years.  That is complete nonsense.  Menopause starts when your body says it starts and that can be early onset or later in life.  For the majority of women, menopause symptoms begin in their 40’s-50’s, but the majority is not all women and that is important to note.

I am sure this depends on the person, but honestly, I feel so much relief knowing that what is happening to my body is normal and that the changes I am experiencing are temporary.  There is nothing awful about it.  I feel better now than I have in years and although some of the symptoms are annoying; it is by no means awful.

Myth 3: Early Menopause means something is wrong with you.

I could not even begin to tell you how many people ask me if I have something wrong with me, when they find out I have had a hysterectomy.  First of all, this is not a question to ask anyone.  Second, no.  Menopause is natural. The body is supposed to go through it and again there is NO age.  Sure, some women experience early menopause due to underlying issues, but not all women do.

There is nothing you can do to reverse menopause.  Once it starts, it starts and they cannot stop it.  There is not a treatment to reverse it, however, there are hormone therapies to help alleviate the symptoms if need be.

I wish I could tell you that people do not ask this.  I actually was asked if my lifespan was shorter because I am going through the “change” early.  What?!?  No, just because I no longer have a working reproductive system, does not mean I am aging faster or that I am closer to dying.  My lifespan is still the same as any other persons.  I am not going to get grey hair or wrinkles any sooner than I would have if my hysterectomy did not happen and menopause did not start.  Fun science fact about aging; the reason your hair turns grey and your skin loses its elasticity and wrinkles is in part because as your chromosomes are recopied in cell division, the ends of them continue to get shorter and shorter and more information is lost over time.  Consequently, your hair color genes and skin elasticity genes are in those areas of the chromosomes that are shortening. Truth is, I may not even start going grey or getting wrinkles until I am 60…or it could start now.  No one really knows, but what I do know is that early menopause is not going to put me into the grave quicker. 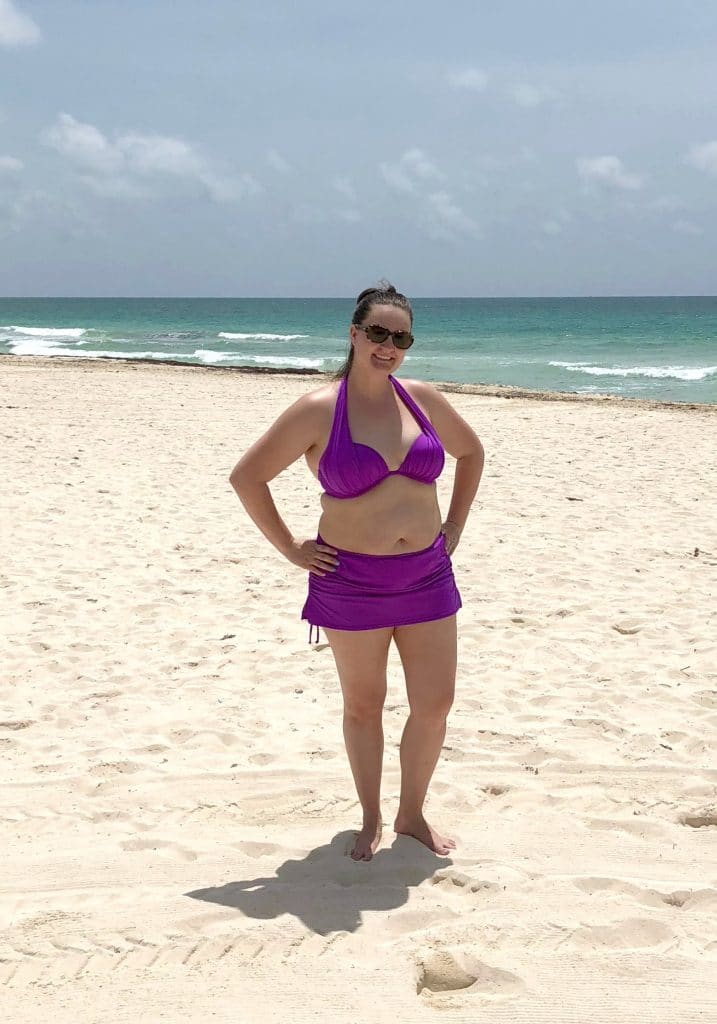 Age really is just a number, what truly matters is how you take care of yourself and address any health concerns as they arise.  You are your best advocate and you know your body the best. Early menopause is life changing, but in so many great ways. I am glad that I advocated for myself and that I am able to share my journey with other women who may be going through the same situation.  I love the quote on AARP’s website that says “what you do after 50 can be just as important as what you’ve done before 30. It’s time to disrupt aging“. This epitomizes how I feel about my choices to have the hysterectomy and to fully embrace early menopause and I hope it inspires other’s to embrace and advocate for change too!

If you want to learn more about AARP’s Disrupt Aging campaign and other aging myths, check out their website now!

My menopause was similar to yours but in my 40's and I still had people wonder if it was occurring too young?!? There is obviously still too little discussion about female reproductive issues. I found some natural remedies that help with hot flashes etc that solved my issues so if you want to discuss contact me via email. I'm a massage therapist and go toward natural solutions but since the medical profession hasn't come up with a solution for hot flashes I wanted to mention there may be help with common medicinal herbs.

Very nice article, thanks to Paula Kiger for introducing me to your site. :-)

So little discussion for sure! I am dealing with the symptoms pretty well, definitely taking some natural remedies that are helping too! Thanks so much for commenting and stopping in!

Great mythbusting underway here! I also went through early menopause. I've been fortunate to not have quite so many ill-informed questions and reactions as you, but ..... it's important to be clear with others. It really is an individual thing!

Yes it is! I think because I am a pretty open and loud person that I get more comments than most, plus I work in a school with many older teachers. Thanks for commenting!