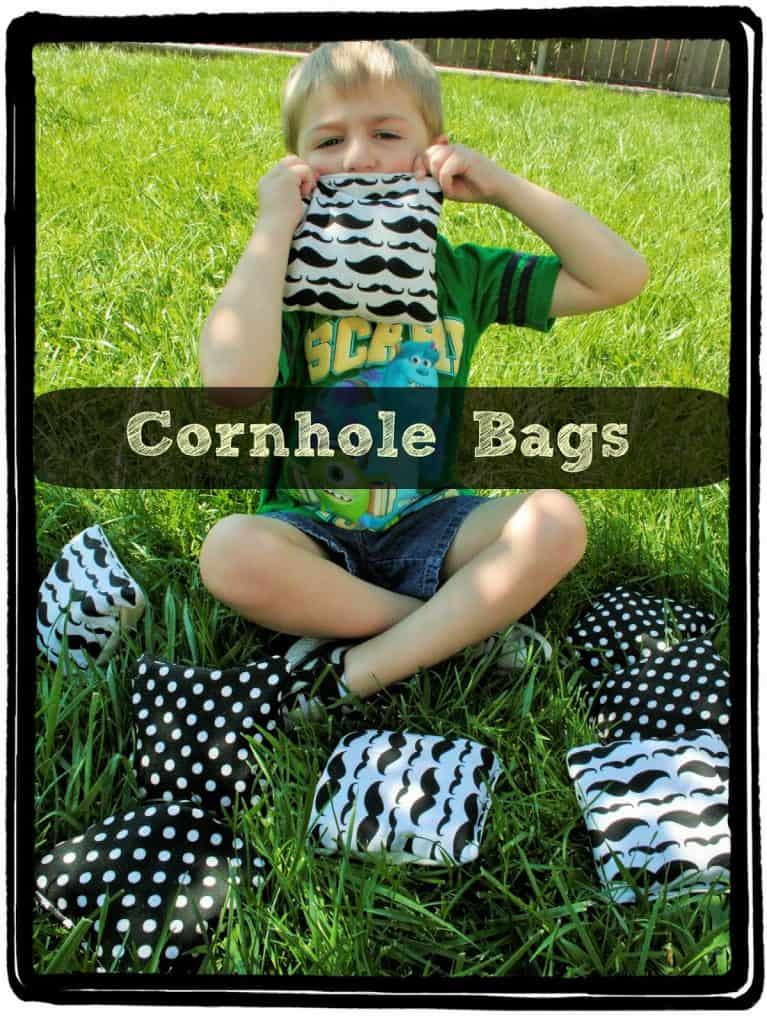 I am beginning to become very much a minimalist in regards to toys and wholesome entertainment for my children.  Of course my kids have all these awesome toys and they play with them, but most are played with a couple times and then ignored.  We have toys in both kids bedrooms, a playroom full and of course our living room.  There are a TON of toys and about 1/16th are actually played with.
I have become a HUGE fan of toys that are simplistic and have multiple uses.  Enter the All Cornhole Bags…not just for cornhole!  These fit the bill for simplicity and also get my kids outside and learning to be a strategist as well as refining those motor skills.  I was sent a set of cornhole bags after the company saw how much Eyan enjoyed playing cornhole camping.
Cornhole is a great game and all but honestly there are just SO many games you can play with these adorable and functional bean bags that I was pretty excited to just get my hands on them and have some fun.  Basically my supplies for the day were just items that we had around the house; sidewalk chalk, some dump trucks and some mama time with her favorite boy.  Here are a few of the games that we played! 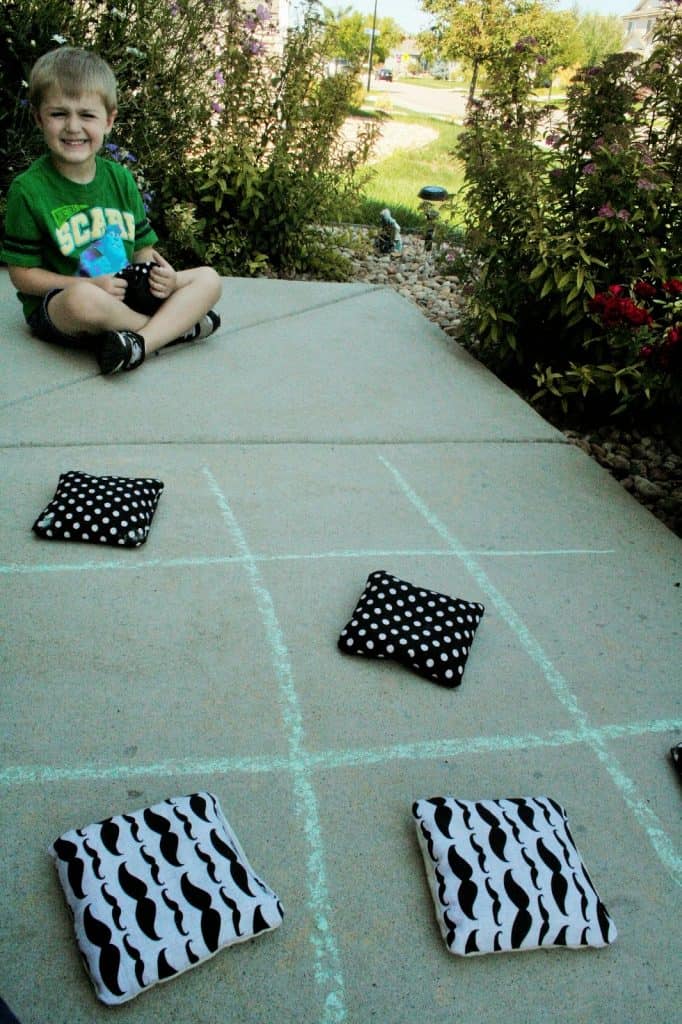 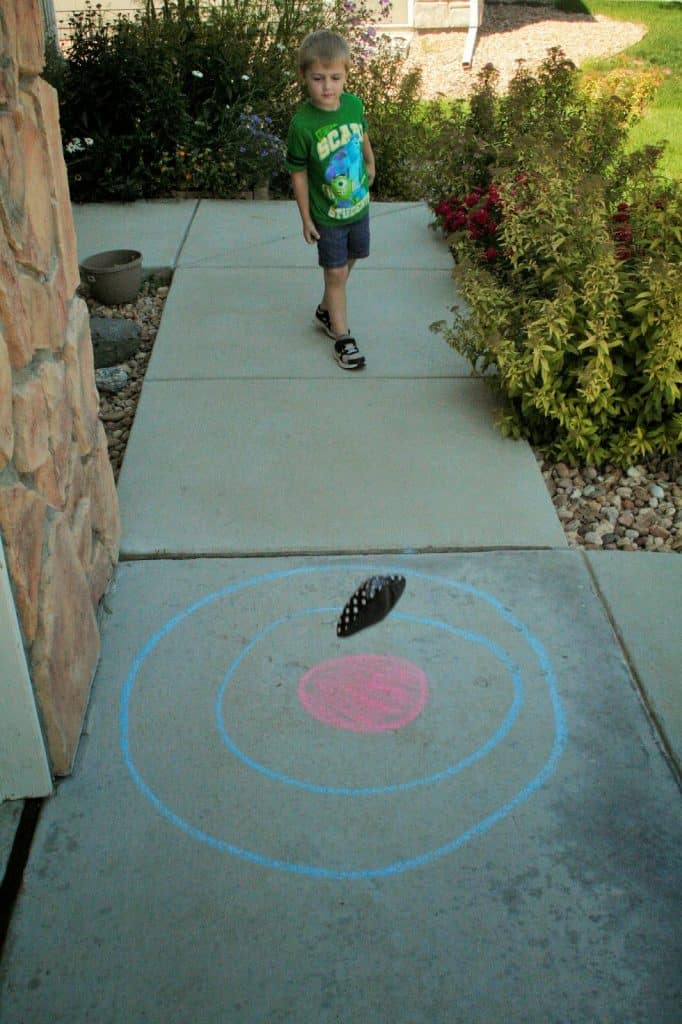 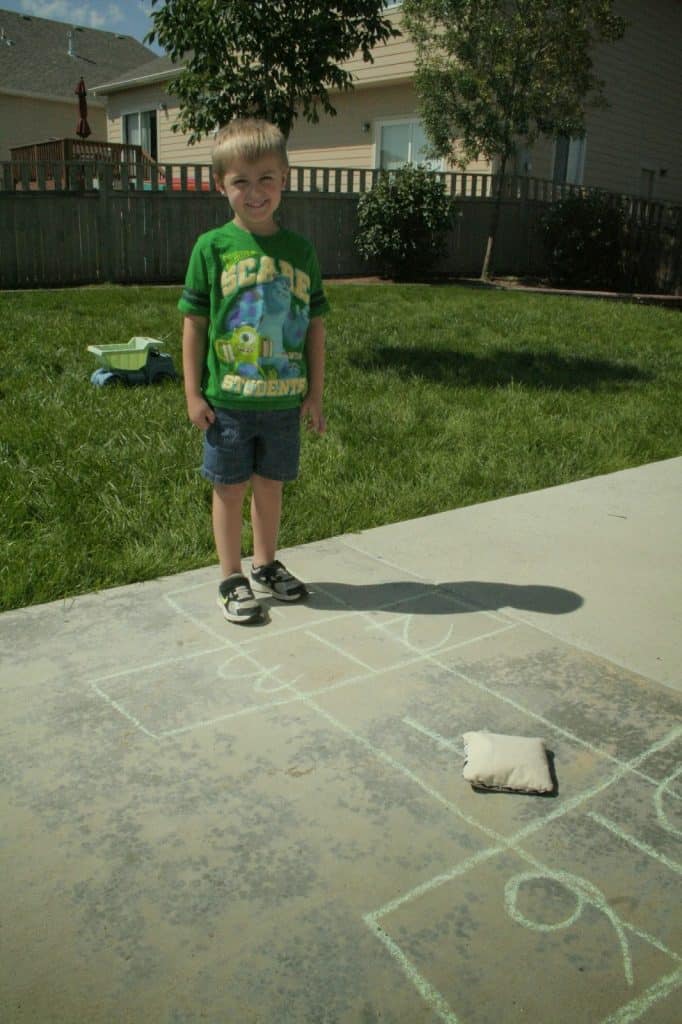 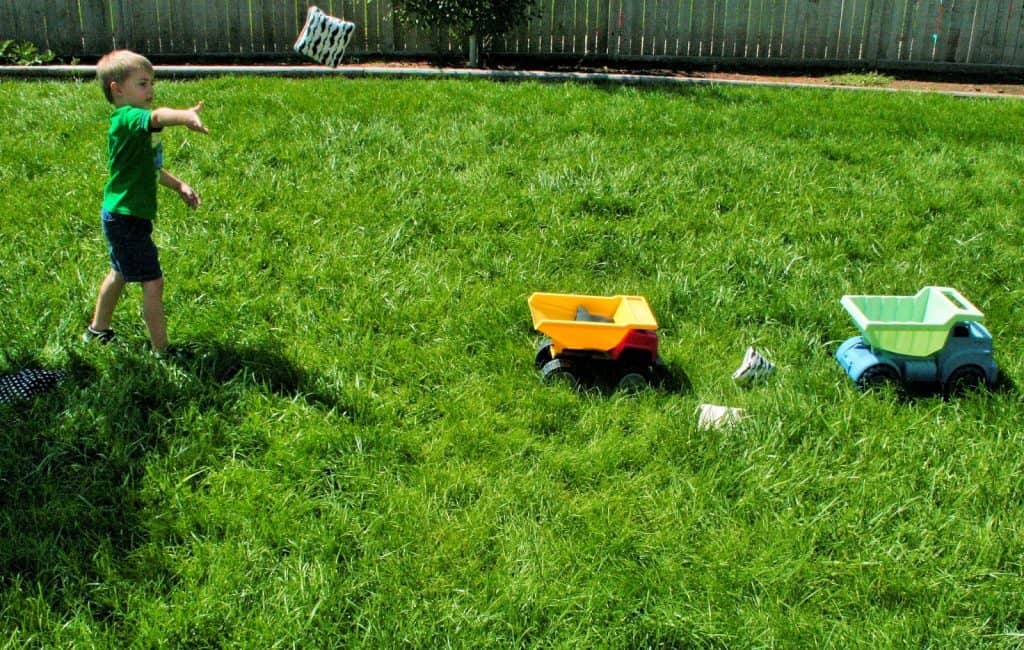 The little games above were fantastic for Eyan and I and really helped him hone some skills that an iPad or TV could not have given him.  I truly enjoyed the 2 hours that Eyan and I got to spend bonding, playing, laughing and competing.  My sweet little man is just awesome.

The cornhole bags are also pretty awesome.  The designs are SO cool.  I picked the mustache and polka dots wedding set and these were exactly what I was hoping for.  The material is sturdy (which is great with my kids), the stitching is well done, the designs are fantastic and there is a design out there for ANYONE!  Oh and the prices are super reasonable.

All Cornhole does not just sell cornhole bags.  They offer a variety of cornhole accessories as well as other games for family fun.  The company had fast shipping and was great to work with.

I hope you check them out for some quality family friendly games!

Disclosure: I received these cornhole bags for free for an honest review.  As always all opinions are my own and were not influenced.